A Rendezvous with Kailash Kher

Kailash Kher is one of India’s most unique and diverse singers. With numerous Bollywood songs and album tracks to his name, we caught up with him on his visit to London; to find out more about this talented singer and composer.

"My music does not categorise in one form."

When DESIBlitz met up with Kailash Kher it was evident that we were in for a treat, to learn more about this composer and incredible singer. It was an immense pleasure to interview Kher at the London’s finest, Mint Hotel. Just before the interview, we met up with his childhood friends who have been enjoying their visit in London. Kher told us, “this was my first time in London with my band.” It was lovely to speak to a celebrity singer, who is simple, loveable and so down to earth. 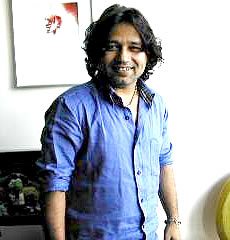 Kailash was born in Merut on the out-skirts of Delhi, India. He grew up with a naturalistic singing flair, which was influenced by his father, Pt. Mehar Singh Kher. He has been following his musical ambition since his younger years and started singing at the age of 12. In addition, he experimented with the importing/exporting business. With an ambitious motive in mind, Kher left his home at the young age of 13 and went in search of a career in music. His determination encouraged him to travel to Mumbai.

Kher’s early attempts at getting into professional singing started by performances on advertising jingles for Indian brands. His first jingle which he performed at Salim studios was for Nakshatra jewellery. Then, others followed including Hero Cycles and Chevrolet. Subsequently, he went in pursuit of bigger and better musical ventures in Bollywood and forming a band to develop his own brand.

The highly competitive epic industry of Mumbai, increased his challenges of becoming a professional singer. His first Bollywood song was ‘Rabba Ishq Na Hove’ from the movie Andaaz was well received but it was his song ‘Allah Ke Bande’ from the film Waisa Bhi Hota Hai (Part II), which became the most popular and elevated Kher’s success as a playback singer. His exposure grew and he became the ‘blue-eyed’ boy of Bollywood.

Watch and listen to our exclusive interview with Kailash Kher – the very talented and versatile singer. 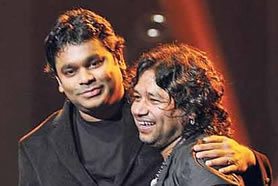 One of Bollywoods greatest music directors, AR Rahman is no stranger to Kailash Kher and his tremendous vocal ability.


Rahman says: “I remember how I first heard of him. I had asked Mehboob, our lyricist, for a new voice that is earthy and strong, and he said, I have just the person for you. That voice can only be that of Kailash!’ And he sent Kailash to meet me. The moment I heard him, I knew that here was a voice that was so wonderful, and which had its own unique space…. I want to say that Kailash Kher’s voice has something that had been lacking a lot — it had pure soul! Allah Ke Bande is one of my all time favorite songs.” 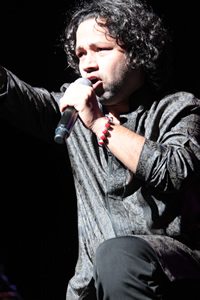 The Mozart of Madras, Rahman, needs no introduction. He is a global name after winning numerous awards for his music score for Slumdog Millionaire and many Bollwood hits. The Rahman and Kher collaboration has taken place on many songs including a track called Salvadore for the Vince Vaughan Hollywood film ‘Couples Retreat.’

When asked how it felt working with Rahman, Kher told us: “It’s a privilege and a great honour to work with Rahman… it’s a wonderful experience.” Kher cherishes working with Rahman but accepts he has to be responsible and grateful for such opportunities that arise. He said: “people like Rhaman are very few on earth, they are specially created by the almighty, they don’t belong to one family, they belong to the world.”

Kailash has not only made a name for himself as a singer but he’s also scored music for Bollywood films including Gehra Paani (2006), Pranali (2008) and Chandni Chowk To China (2009). Writing lyrics for songs is also part of his forte including tracks for movies like Kaal (2005), Traffic Signal (2007) and Dasvidaniya (2008).

Bollywood music is no different to entertainment music explained Kher:

“Whether the music comes from films or not, it is a language that comes from the heart and the feelings of your inner expression.”

Indicating that he did not differentiate between his music for Bollywood or albums. 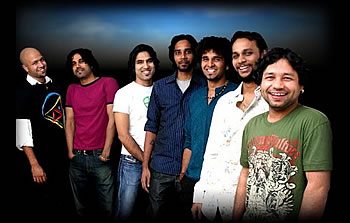 His most original approach in his music is full of colour. He told us, “my music does not limit down to five colours, but exceeds to five million colours.” He elaborated on this: “each time you stroke a brush, a new colour will generate.”

Kher formed his band called Kailasa with his brothers Paresh and Naresh Kamath. Members of the band include Kailash Kher (lead singer and composer), Naresh Kamath (Bass guitar) , Paresh Kamath (Electric guitar), Sameer Chiplunkar (Keyboards), Kurt Peters (Drums) and Sanket Naik (Percussion). The band’s music is a fusion of classical, pop & sufi music. The name of their debut album was also Kailasa which was a huge hit in India, rocketing into the top 10 album charts. They have performed in more than 100 countries and cities worldwide including London, Delhi, Mumbai, Ahmedabad, Singapore, Malaysia, Houston, San Francisco and New York.

Kher was in London on a special visit to perform at the Alchemy Festival, in London’s eventful Southbank Centre. This Festival held many events between April 15th- 25th 2011 representing the South Asian Culture.

Kher revealed that “his ending ceremony performance was his first show in London.” His most exciting, interactive and enjoyable performance took to the stage in full swing. Kher’s ‘Teri Deewani’, ‘Dilruba’ and ‘Tauba Tauba’ were all-time favourites amongst the delighted audience.

Kailash Kher is one singer who has a unique and very likeable voice and after meeting him, we can say his personality is definitely no different.

Smriti is a qualified Journalist with an optimistic take on life, enjoying sports and reading in her spare time. She has a passion for arts, culture, bollywood movies and dancing - where she uses her artistic flair. Her moto is "variety is spice of life."
Everywhere+Nowhere ~ a DJ’s feat
Rahman and Mick Jagger form band