Kailash Kher, a talented and versatile vocalist, teaming up with his exceptional 8-piece band Kailasa, to provide a musical extravaganza. From humble beginnings to becoming a household name, DESIblitz finds out what makes him such a popular vocalist.

"My music describes me, I don't describe my music."

DESIblitz zooms its SpotLight on Kailash Kher, an Indian music artist who has created his own special place in the Indian music scene and beyond. With his unique vocal style together and the great sound of his band Kailasa, he has made his mark as both an pop artist and Bollywood singer too.

Born on July 7th 1973, in Meerut (a village on the outskirts of Delhi) to a family with Kashmiri roots, Kher moved to Delhi as a young child. He had a happy childhood playing all the games from those days including ‘gilli dandha.’

In his home he had a musical influence, Kailash’s father, Pt. Mehar Singh Kher, was already a renowned folk singer and Hindu priest with a huge following of the Punjabi descent. At the tender age of four, Kher wowed family and friends with a voice beyond his years by performing for them at family gatherings and get-togethers. 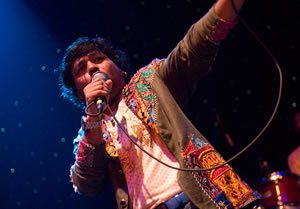 Kailash decided that he would further explore this passion by leaving home at the age of 14 and embarking upon a journey in search of a guru to help advance his musical training. The motivation for this step in his words: “It was because I wanted to pursue my passion for music. It required me to stay in isolation.” He adds, “But after I left home I realised oh man I have to survive! At that time it was a tough decision.”

Initially, Kher’s parents were against his devotion of being a singer but after pursuing a short lived and fruitless business enterprise of import/export, and failing dismally, they realised his heart was elsewhere, so they gave in and gave him their blessings to chase his dreams.

In 2001, Kailash Kher left New Delhi for the glittering streets of Mumbai to seek fame and fortune. It was an uphill struggle to begin with where Kher busked to make ends meet. He lived in cheap motels and sought out any musical work he could to simply survive. 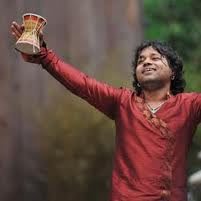 Kher’s breakthrough came with his vocals on the background jingle of an advert for ‘Nakshatra Diamonds’ for which he only got paid a mere RS5000, the equivalent of £58, but gained recognition for his vocals!

Other brands Kher has sung for include ‘Coca Cola’, ‘Citibank’, ‘Pepsi’, ‘IPL’ and ‘Honda.’ He has been involved in the production of over 400 jingles.

Kailash Kher’s vocals are compared to that of the late, great, Ustad Nusrat Fateh Ali Khan who was also his inspiration so this is a true honour to him. He possesses the same soulful, rustic high pitched voice enabling him to sing on so many levels for prolonged periods and his lyrics are of similar Sufi mysticism and folklore.

Those that have had the pleasure of seeing Kailash in concert describe the experience as ‘Phenomenal,’ ‘A small guy with a big voice and personality,’ ‘Very engaging’ and ‘Note for note perfect: could easily have been listening to the album instead of live he is that good!’

Kher has also sung in over 18 regional Indian languages including Malayalam, Tamil, Telegu, Kannada, Oriya, Bengali, Sindhi, Bhojpuri, Gujarati, Marathi, Punjabi and Konkani for regional films and more than 200 songs for the Hindi film industry alone. ‘Ya Rabba’ from the film ‘Salaam-e-Ishq’ had record sales.

Kailasa was formed in 2004 with Mumbai based musician brothers Naresh and Paresh Kamath who were initially on the rock scene as part of the band ‘Bombay Rock’ prior to joining Kailasa. Kher met them through a common friend and says:

Naresh’s and Paresh’s modern approach and influences including electronic, funk and modern rock music assisted in the release of the 2006 album titled ‘Kailasa’ producing the smash hits ‘Teri Deewani’ and ‘Tauba Tauba’ with Kailash on incredible vocals.

In 2007 a subsequent album was released titled ‘Kailasa Jhoomo Re’ which also received critical acclaim and the huge hit ‘Saiyyan’. In 2009 the 3rd studio album ‘Chaandan Mein’ was released by Sony. 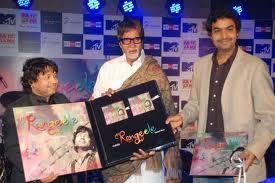 ‘Rangeele’ the band’s fourth album was released in January 2012 (Amitabh Bachchan has contributed towards a narration in the song ‘Dharti Pe Jannat Ka Nazara’ for this). The album has done incredibly well with songs like ‘Rangeele,’ ‘Tu Kiya Jaane’ and ‘Albeliye’ being popular tunes. Although Kailash enjoys the playback world, he finds more personal satisfaction when writing and singing with his band.

When asked about how Kailesh would describe his music, he says: “My music describes me, I don’t describe my music.”

Kailasa has travelled and performed in over 300 concerts worldwide including India, USA and Canada. 2007 saw Kher participate in a concert tour with fellow Bollywood playback singers/stars Asha Bhosle, Sonu Nigam and Kunal Ganjawala titled aptly as ‘The Incredibles.’ The appearance of Kailash Kher and his band Kailasa at New York’s Webster Hall ‘GlobalFest’ proved to be the platform to cement their arrival as global world music stars and a force to be reckoned with.

2012 marks the first ever tour for Kailash Kher and Kailasa of the UK. This is when DESIblitz met up with the star and band. Watch to hear and see what he said in our exclusive interview with him:

As well as being a band member and appearing many films, Kher has also given music scores for movies like ‘Darling’, ‘Dil Bhole Hadippa’ and ‘Chandni Chowk to China’ (2009), for which he was also a lyricist. To date, he has sung for most of the biggest stars and their movies throughout India including Shanker-Ehsaan-Loy and A.R. Rahman who is also a huge fan of his voice. 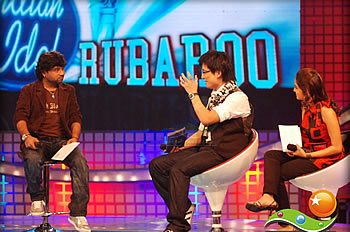 During 2007-2008 Kher participated in a reality TV musical show on Indian Television called ‘Mission Ustad’ and ‘Indian Idol’ where he was hugely popular due to his bubbly, infectious, easy going personality.

During the 2010 IPL, he was a judge alongside Sukhwinder Singh and Hard Kaur for ‘IPL Rockstar’ which was a reality TV musical show airing from the various stadiums hosting the matches, and shown on Colors channel. 2011 saw Kher as a judge on another singing reality TV show called Sa Re Ga Ma Pa Li’l Champs.

Kher is also known for helping those less fortunate. An example of this was on Apr 13 2012 in New Delhi, Kher has come up with a soul-stirring anthem for a Delhi-based NGO which is working for the welfare of children and adults with special needs. Kher sang ‘Vishwas’ Children of Vishwas Vidyalaya, joined Kher on stage in a moving performance of the anthem’s first public rendition here. Kher proceeded to perform for about 90-minutes to the pleasure of all.

In his personal life Kher married Sheetal a Mumbai based Kashmiri girl in 2009 on Valentine’s Day (14th February). They have a 2 year old son together called Kabir.

DESIblitz is sure that there is a lot more to come from this prodigy and welcomes it with open arms!

Sasha is a fashion graduate/model with a passion for reading, writing, arts, culture, theatre and philanthropy work. She is inspired by ‘BE the change you want to see’ and firmly believes that ‘Education is knowledge and knowledge is power’.
L.A.M by Kamal RAJA
Garry Sandhu to quit Music Career