Jealousy is common in life but within South Asian society does it hinder our success and value? We explore this seething question.

"Is this jealousy that I have things and they don't?"

Jealousy is an emotion and word that exists in every walk of life. However, in South Asian communities it seems to have a very profound effect when it comes to success.

Success in life, business, wealth, health, studies, fame and right down to having the latest smartphone can lead to jealousy. Making its presence within friends, family, relatives and even people who do not know you.

Of course, jealousy is an emotion which can happen in human beings at different levels. But what we are talking about here is that venomous and despicable two-faced hate towards anyone is South Asian society that seems to have done well.

Whilst there are some genuinely full of praise for another’s good fortune, many will not see it that way and will want to find a fault or weakness in their success.

This attitude if observed can also be a major attribute towards why South Asians are perhaps not as successful as they could be? Purely, because we cannot be supportive in our own Desi communities of others achieving and doing well.

There are numerous cases of family feuds, relationship break-ups, murders and revenge within South Asians, all due to jealousy.

Some therapists say that jealousy is a trait in a person based on a scar of childhood trauma or some psychological issue which can leave a person feeling insecure and inadequate compared to others.

We look at some areas of Desi life where jealousy plays a significant role and can lead to unhappiness and hate. 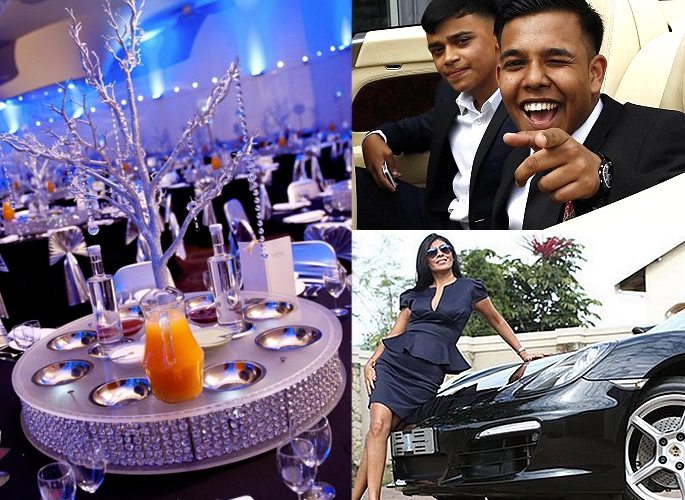 The age-old scenario of coming into wealth can trigger jealousy very quickly amongst South Asians.

Without knowing someone or knowing how much work a person has possibly put into achieving their wealth sometimes becomes irrespective. It is the end-result people cannot accept.

“I worked night and day to build a business. There were times when I thought I would never make it. But then I landed a large global contract which changed my life and led to tremendous success. Within months, I noticed changes within relatives and even friends who I thought were close. Many began to blatantly show that they were actually jealous of my success. I could not believe what I was seeing.”

Money plays a huge role in South Asian circles and having more of it often does lead to jealousy in some way or form.

“I had a close group of friends at university. We all use to hang together and do everything we enjoyed together even after uni. I then landed a five figure job with many perks including travel. My friends slowly turned on me with hateful comments and indirect slander about my job and success. It amazes me to even today, how my money changed our friendship.”

Sometimes the Desi jealousy just cannot be resisted at events like weddings.

“I recall going to a wedding and on the table I was at, for most of the party, the women criticised why the wedding was taking place at such a luxury hotel and how all the trimmings and decor were a waste of money. Of course, they criticised the bride and her looks too. Yet, they ate everything served and had a jolly dance. Jealousy and hypocrisy is alive and well within Asians I say.” 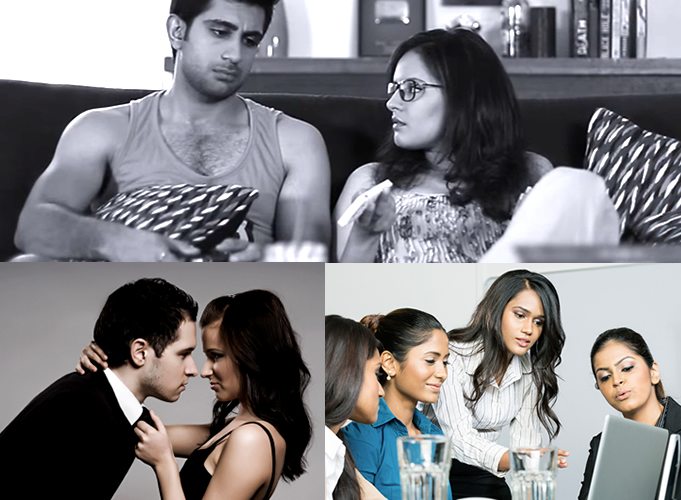 Jealousy in relationships is the most common. It is no different for South Asians. Desi people just can’t seem to hide it.

Be it between a couple, within the family or amongst relatives, jealousy can play a horrible role to instigate mistrust, anger and sheer unhappiness.

“Why is it that Asian girls think every guy is a player? My girlfriend’s insecurity over six years in our relationship led to our break-up. Every time, another girl spoke to me, called me or even texted me. She was like, who is that? Are you seeing her? Why she calling you when I’m your girlfriend? Her jealousy was out of control and I could not take it anymore. Enough was enough.”

It’s said that those who are very dependent on others and very unsure about themselves tend to be most jealous in relationships.

“I’m a very jealous guy. If someone looks at my wife or says something to her, I can’t take it. A few times I’ve ended up in arguments with other men. She has told me so many times to stop doing this and it scares her. But I can’t help it because I never had anyone who makes me so happy like her.”

Jealousy can get out of control too within young Asians.

“My boyfriend said he would marry me. But one day told me his family got him engaged and ended it. I got very jealous and texted his wife-to-be and told her about me. She sent the text to my brother. Lesson learned.”

Jealousy can lead to once close relationships changing forever.

“I went into a fashion business with a childhood friend. Both of us are Asian and had similar upbringings. One day I realised that she had been talking to some of our clients about me and ridiculed me and my business plans. It ended up with me finding out she was always jealous of me from a young age and felt I was better than her in everything we did. We parted ways soon after.” 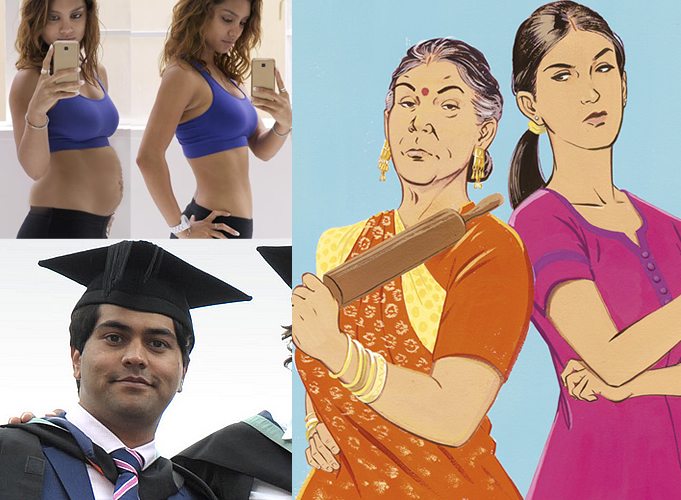 Jealousy within the Asian family and households has many guises and can often lead to unwanted atmospheres and unhappy Desi homes.

“My mother-in-law cannot let me go out or do something on my own without a comment. It’s always about how she never did it in her day and how she was never free to do so. I totally believe she is jealous of how her son treats me, compared to how she is treated by her husband. This leads to long periods of silence in our house after arguments over little things.”

There are so many cases of Desi families breaking up due to success within extended families.

“My dad and my uncle were very close brothers. The families lived next door to each other for years. Until after I graduated and their eldest son failed. Overnight we noticed changes to the point they did not want to attend my ceremony and said they had to go somewhere. They slowly stopped talking to us and the only way out was for us to move. This was the ugly face of jealousy within family.”

So, being successful in education or your appearance has its penalties too when it comes to Desi jealousy.

“I lost about 3kg after working hard in the gym. I look better in my clothes. The first thing my female cousin said at a party, ‘have you stopped stuffing your face with roti like you use to?’ I wonder if it’s because she has always been overweight?” 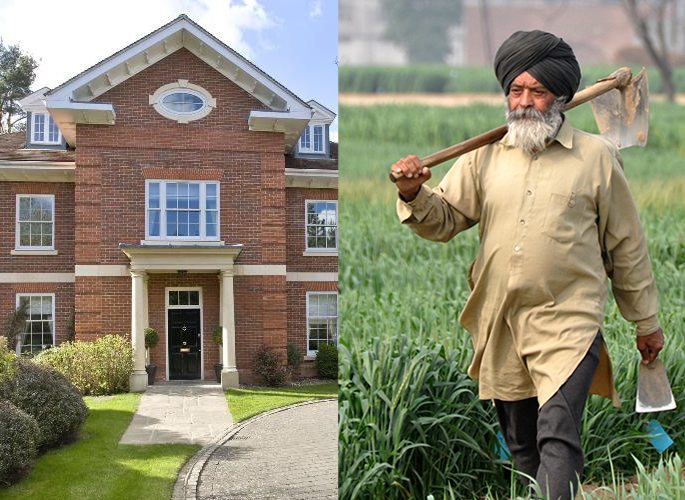 Property and land are things no one takes with them. However, they are the root of tremendous jealousy within South Asian society.

“I come from a large family and everyone was very close. We often went to India together and enjoyed family-time there too. But when my grandfather passed away it all changed. My father had more land than his brothers in India. This resulted in huge amounts of jealous arguments and fights within family, which just separated us all. To the point, no one talks anymore.”

If someone is successful and buys a new and larger house. How many Asians are really happy for them?

“My husband and I are both professionals with a young family. We recently bought a five-bedroom house in the suburbs and invited family and friends for a house-warming. I can say that some of the comments made by people visiting were of a jealous nature but disguised as jokes and surface-level conversation. We cannot say that it surprised us because we know Asians are jealous but some were not expected at all.” 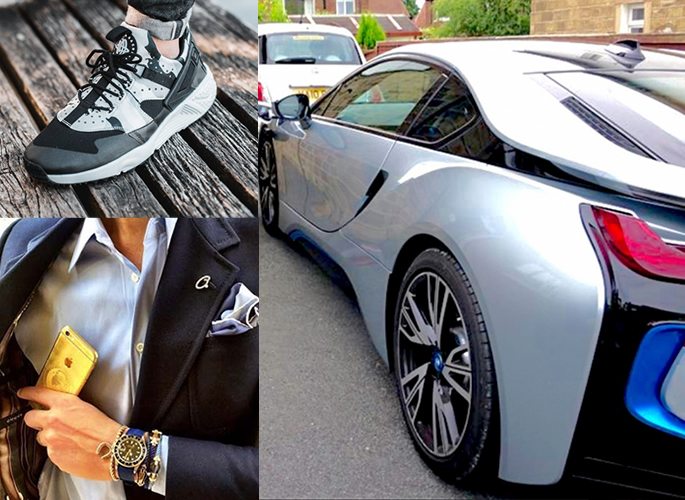 The success of a person is not always indicated by the clothes they wear, the shoes on their feet or the phone they scroll with their thumb. But for some reason, Desi people do equate it to the items a person owns and the jealousy does not take too long to show.

“Every time I wear something new like trainers, a watch or suit, I always get some guys asking me how much it cost and where I got it from. When I tell them. They often reply saying I could’ve got it cheaper but I never ever see them spending money on items like this. Is this jealousy that I have things and they don’t?”

South Asians find it difficult to cope with another’s hard work and most likely they will never reveal their jealousy directly to the person.

“When I bought my first sports car spending my own hard earned money. I noticed how my cousins and uncles would accuse me of wasting money more and more. But every time they saw the car they wanted a ride. This led me to believe that jealousy was staring me in the face. Why couldn’t they just be happy for me?”

This is not by any means an exhaustive list of the areas of South Asian jealousy but it provides a strong indication that jealousy can play role in impacting the success of Desi people. Unless our attitudes towards the wealth and achievements of others do not become more positive and genuine, sadly this jealousy shall continue to hinder our overall success.

Prem has a rich interest in social sciences and culture. He enjoys reading and writing about issues affecting his and future generations. His motto is 'Television is chewing gum for the eyes' by Frank Lloyd Wright.
The Popularity of Sex Swinging in South Asians
When is ‘Enough is Enough’ for a Desi Daughter-in-Law?