IIFA Rocks 2019 a Night to Remember with Bollywood Stars

IIFA Rocks 2019 took place in Mumbai and it was a night to remember as a number of Bollywood stars were seen at the event.

"It’s going to be fun because I know Radhika as well."

IIFA Rocks 2019 proved to be a memorable night as many famous faces from the world of Bollywood picked up awards and there were some eye-catching performances.

The event precedes the actual IIFA Awards ceremony and it brings together the best of films, fashion, music and dance within Bollywood.

Actors, singers and dancers provided the entertainment with their performances.

IIFA Rocks 2019 was held at Sardar Vallabhbhai Patel Stadium in Mumbai and the event was hosted by Ali Fazal and Radhika Apte.

Prior to the event, Ali had expressed his excitement about hosting the show alongside Radhika. He said:

“They (IIFA) are the ones who have taken a risk on me. I like talking. Let’s see how this one goes. I have never hosted before. It’s going to be fun because I know Radhika as well. She is a friend. It’s a fun team.” 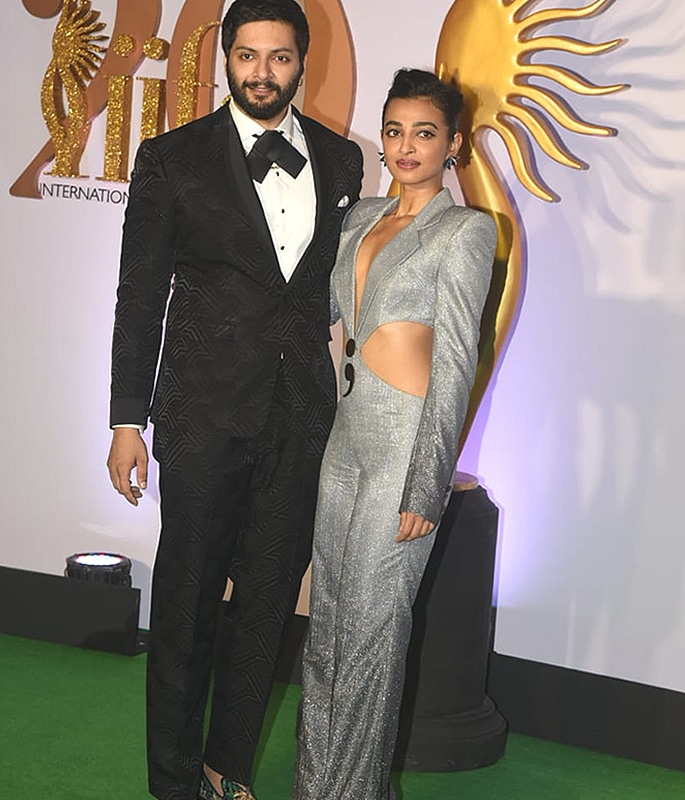 Popular designers Shantanu & Nikhil and Kunal Rawal also showcased some of their designs.

The stars walked the green carpet and turned heads with their outfits.

Radhika and Ali were spotted together and both of them looked stylish. Radhika wore a silver playsuit while Ali went for a black tuxedo paired with green floral-print loafers. 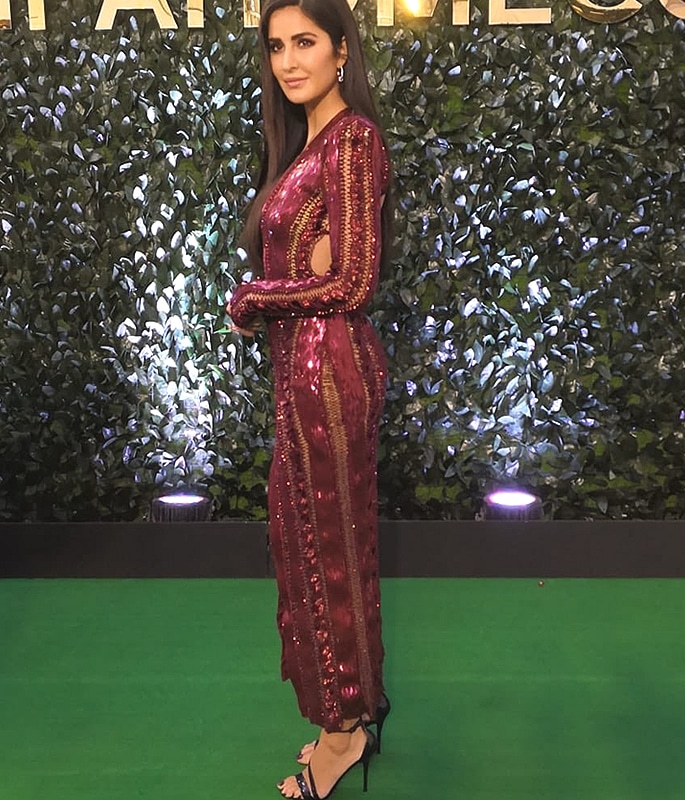 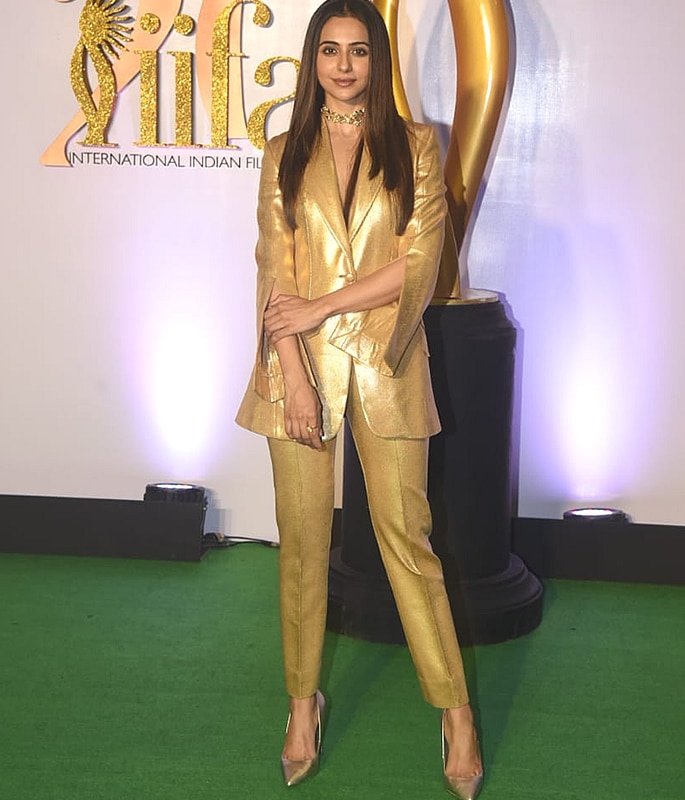 The event kicked off with singer Dhvani Bhanushali performing her hit songs ‘Leja Re’ and ‘Dilbar’.

Her performance was followed by Tulsi Kumar who sung some of her tracks.

A number of awards were soon handed out before Ali interacted with the audience. He had a fun Q and A session with some of those in attendance.

Ali asked actress Richa Chadda what being natural meant to her. She jokingly replied:

“You mean what I was three hours ago? Without all of this! (Referring to her makeup).”

There was a mix of awards being presented and entertaining performances.

One of those was renowned Bollywood playback singer Neha Kakkar who is known for delivering the hit ‘O Saki Saki’. 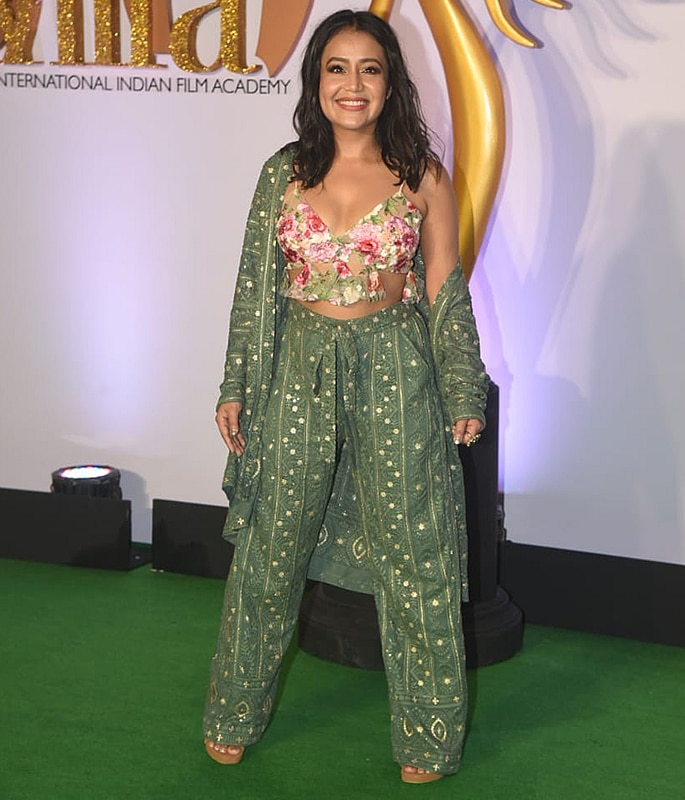 Her performance was followed by the Best Choreography Award which went to Kruti Mahesh Midya and Jyothi D Tommaar for ‘Ghoomar’ from Padmaavat.

Talking about IIFA 2019, Salman Khan said in a statement:

“It has always been a pleasure to be a part of IIFA & the Wizcraft family over the years.

“This year’s homecoming is exceptional and very close to my heart. I am excited to celebrate and contribute to the homecoming of Indian cinema’s mega celebration.

“Over the last 19 years, IIFA has not only given Indian Cinema an international platform, but it has also provided a wonderful opportunity to connect with our fans internationally.

“It makes me particularly happy to perform at NEXA IIFA Awards in our very own Aamchi Mumbai – the birthplace of Indian cinema.”

IIFA Rocks 2019 provided a glimpse at what to expect from the IIFA Awards 2019 which will take place on September 18, 2019. The event will be hosted by Ayushmann Khurrana.

Dhiren is a journalism graduate with a passion for gaming, watching films and sports. He also enjoys cooking from time to time. His motto is to “Live life one day at a time.”
Hina Khan stars in ‘Country of Blind’ a Indo-Hollywood Film
Zareen Khan reveals Casting Couch ‘Kissing Scene’ Incident