"I feel we Indians have invaded the city. This is going to be blockbuster weekend. It will be magical."

The IIFA’s have arrived and got off to a bang with IIFA Rocks, which sees the best in Indian fashion and music.

Taking place at the Tampa Convention Center in sunny Florida, Bollywood stars have arrived in glamorous style to support Indian cinema in an international setting.

The fifteenth edition of IIFA awards functions started with a bang on April 23rd. IIFA Rocks and its accompanying fashion show was a star-studded affair.

A-list stars like Anil Kapoor, Bipasha Basu, Sonakshi Sinha, Priyanka Chopra and Yami Gautam graced the Green Carpet to show their support for Indian fashion with a good cause. 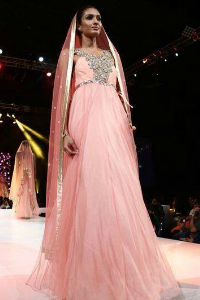 Hosts for the evening was the stunning Gauhar Khan who joined Vivek Oberoi to entertain the glamorous crowd.

It was rather surprising to see Priyanka Chopra being so cosy with Sonakshi Sinha. It seemed like everything is all hunky dory with these two Bollywood gal-pals who allegedly have a certain actor in common.

Shahid Kapoor who never commented on his relationship with Priyanka Chopra is now dating Sonakshi Sinha. However, there were no signs of rivalry or drama between these two actresses at the event. 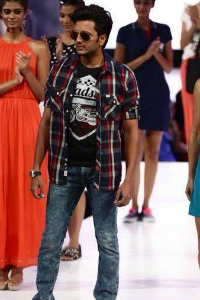 Rahat also arrived in Tampa a little early to launch his new album, Back 2 Love. The album which sees 10 love songs was unveiled before Anil Kapoor, Sonakshi Sinha and Priyanka Chopra. They were joined by the Mayor of Tampa, Bob Buckhorn, Stephen Baldwin, and the Visit Tampa Bay President Santiago Corrada. Anil said:

“It is a wonderful experience being here. We will make this IIFA weekend unforgettable and historic weekend and it will turn out to be memorable. We intend to give people an opportunity to witness one of the finest celebrations of culture and cinema.”

Sonakshi added: “I am so happy to be here. I was grumpy after flying for around 32 hours… But when I landed here I felt so good. I was roaming around… Went for shopping. I am here to entertain all. It will be fabulous weekend.”

“I made my debut in IIFA in 2010, Sri Lanka. It feels like coming back home. I am glad to be here again. I am sure we are going to rock this time,” she said.

Priyanka also had lots to say about her new favourite nation, America: “I am excited to be here. I had been to Florida, Miami several times but it is the first time I came to Tampa Bay and I loved this place. I feel we Indians have invaded the city. This is going to be blockbuster weekend. It will be magical. 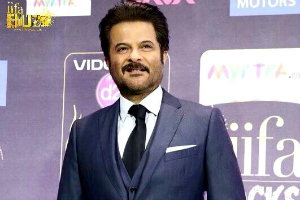 “It is important to be told how our cinema transcends borders and reaches people. It is celebration of India, Indian cinema, and crossing borders. It is not just for us but for the entire world,” Priyanka said.

As this year is the first time of IIFA awards ceremony being hosted in Florida, American Hollywood stars have been taking full advantage of the occasion. Big names like John Travolta are set to appear at the ‘Indian Oscars’.

Travolta who has always been liked by Indian movie goers, is scheduled to receive an award, namely the ‘Most Popular All-Time International Star in India’ during the main award ceremony on April 26.

Travolta is not the only big Hollywood name collaborating with Bollywood through IIFA. Tampa Bay Business reported that two time Oscar winner Kevin Spacey is also going to appear with Vidya Balan in the ‘Invitation-only Acting Panel’ at the Main Event. 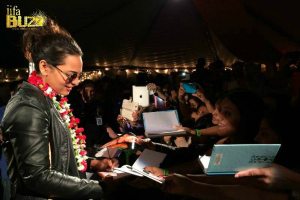 Even with all these hotshot Hollywood stars, the success rate of the IIFA Awards ceremony rests on the Bollywood performers. For 2014, the performance list appears to be almost neverending.

From 80’s superstar Madhuri Dixit Nene to today’s rising actress, Sonakshi Sinha, all the stars are excited about performing at the main event on April 26. Fans can even catch a glimpse of Madhuri preparing for her performance on the official website of IIFA.

This year’s IIFA frenzy has completely overrun social media platforms. Facebook has even launched a ‘Bollywood Big Shots Contest’. There is a chance to win tickets to IIFA Magic, IIFA’s Main Show and some of the fabulous Florida tourist attractions like the Florida Aquarium by partaking in this contest.

Of course when Facebook is involved, Twitter cannot be far off. Millions of Bollywood fans who are going to watch the functions at home can see their favourite celebrity candid pictures through ‘Twitter Mirror’ produced by IIFA.

The IIFA’s never fails to impress even the most stern of Indian cinema fanatics. With Tampa invaded by Indian culture and entertainment, we will all be waiting eagerly for the Main Show and the Awards giving ceremony on Saturday 26th April.

Bipasa likes writing and reading articles that are close to her heart. An English Literature graduate, when she is not writing she is usually trying to come up with a new recipe. Her life motto is: “Never Give Up.”
Kangana Ranaut plays outlaw in Revolver Rani
Winners of IIFA 2014 Awards