Bollywood arrived in Malaysia for the opening of IIFA 2015 weekend with IIFA Rocks on June 5, 2015. Stars glided down the Green Carpet, enjoyed some incredible musical performances and celebrated the winners of the IIFA Technical Awards.

Aditi Rao Hydari stunned in a colourful and floral design by Sabyasachi Mukherji.

The 16th IIFA is finally here! There is no better way to kick off the three-day Bollywood extravaganza than to showcase the best of Indian music with the IIFA Rocks.

The biggest names in B-town descended on the green carpet for IIFA Rocks at Istana Budaya in Kuala Lumpur, Malaysia, during the evening of June 5, 2015.

Karan Tacker was the handsome Colors host at the green carpet. The Indian actor and model looks dashing in a light pink suit, matched with a brushed back hairstyle. 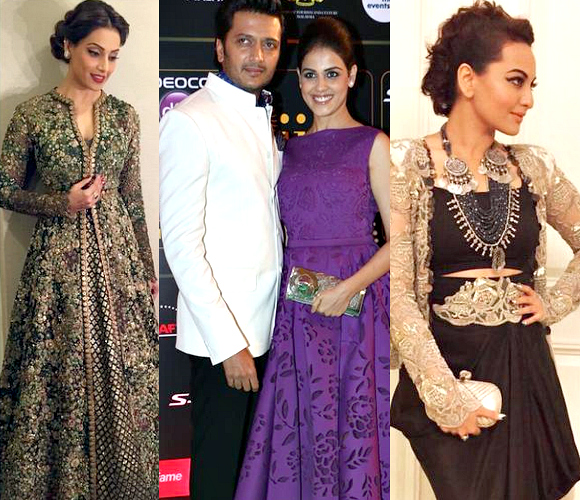 Aditi Rao Hydari pulled off the perfect look on the luscious green carpet. With one of the world’s most beautiful faces of 2014, Aditi stunned in a colourful and floral design by Sabyasachi Mukherji.

The star of ABCD 2 (2015), Shraddha Kapoor, arrived in a fierce black dress and took a moment to snap a quick selfie with her lucky fans. Singer Mika Singh also joined in the selfie fever!

But all the spotlight went to Sonakshi Sinha, who literally ‘rocked’ as she stepped onto the green carpet in a striking outfit, topped with an embellished necklace.

Hosted by Ayushmann Khurrana and Parineeti Chopra, this year’s IIFA Rocks separates itself from the fashion display and is entirely dedicated to music. 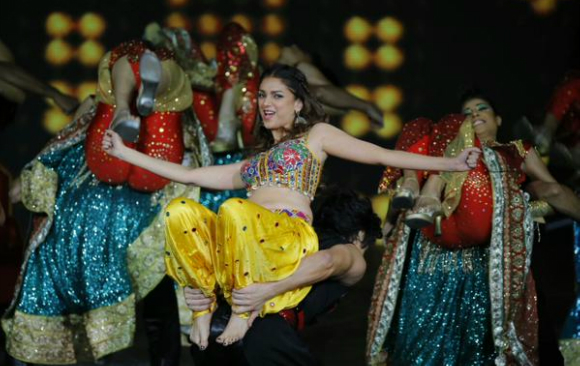 Lauren Gottlieb, Liza Soberano and Aditi Rao Hydari opened the show with their sultry dance moves, followed by a beautiful tribute to A R Rahman performed by Nooran Sister and Javed Ali.

Also taking to the stage was “Baby Doll” singer Kanika Kapoor. Kanika has seen huge success in Bollywood with her big item numbers that have regularly topped the charts.

Joining her on stage was Ankit Tiwari who also performed a number of his biggest songs from 2014.

The winners of the IIFA 2015 Technical Awards were also announced at Rocks. Haider emerged as the big winner, bagging 6 awards out of 14 categories. 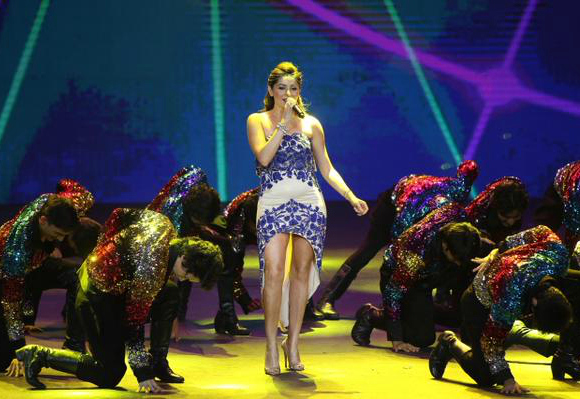 Here is the full list of IIFA 2015 Technical Winners:

With Haider being a big winner at the IIFA Technical Awards, could this also translate on IIFA’s main awards night? We shall have to see.

Scarlett is an avid writer and pianist. Originally from Hong Kong, egg tart is her cure for homesickness. She loves music and film, enjoys travelling and watching sports. Her motto is “Take a leap, chase your dream, eat more cream.”
Tom Hanks sends Irrfan Khan a Special Message
Nargis Fakhri takes on Hollywood with Spy