Bollywood beauty Nargis Fakhri has made her debut in Hollywood with Spy. In an exclusive Gupshup with DESIblitz, Nargis tells us more about her journey from modelling to acting.

"I think the best parts were after shooting, hanging out, and seeing how funny people are."

Nargis Fakhri has debuted in Hollywood with her new flick, Spy, written and directed by Paul Feig (Bridesmaids, 2011).

It follows Susan Cooper (Melissa McCarthy), an unassuming, deskbound CIA analyst, and the unsung hero behind the Agency’s most dangerous missions.

But when her partner (Jude Law) falls off the grid and another top agent (Jason Statham) is compromised, she volunteers to go deep undercover to infiltrate the world of a deadly arms dealer (Rose Byrne), and prevent a global crisis.

While this is Nargis’ first acting venture outside Bollywood, in an exclusive Gupshup with DESIblitz, she admits that it was a lot of fun:

“Working with everyone was really great because everyone is so friendly. I think the best parts were after shooting, hanging out, and seeing how funny people are, not only on set but off set as well,” she tells us. 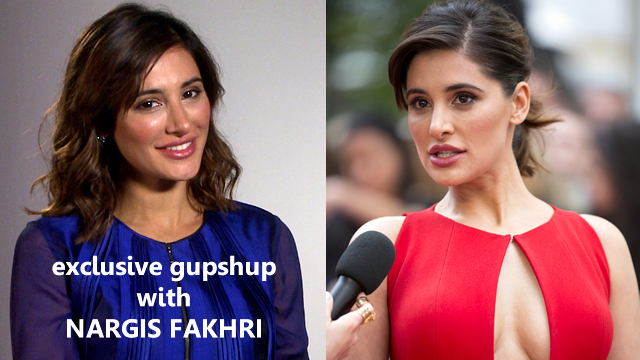 Nargis appears as a sassy femme fatale in Spy. While a small role with limited lines, she leaves a lasting impact looking both super sexy and fierce.

The biggest chunk of Nargis’ screen time is a high-energy action sequence with the lead, Melissa McCarthy and it is one of the highlights of the film. Nargis tells us that she did most of these sequences without using a body double:

“I did a lot of the stunts. I did hurt myself quite a few times. Melissa hurt me a few times with that pan! But it was okay. I’m a pretty strong girl, so I got through it.

“We were [really] getting into it. It’s such an intense action-packed scene and you could still make it funny. Like Melissa is just awesome.” 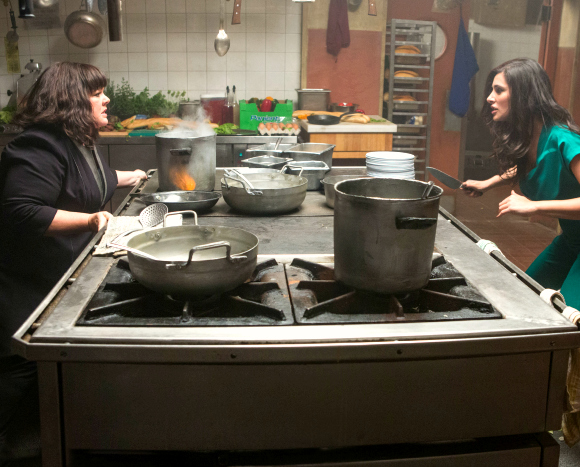 The trend of Bollywood beauties gaining access to Hollywood as secret agents seems to be growing.

Aishwarya Rai was notably seen in Pink Panther 2 (2009) and Priyanka Chopra, who is currently making waves in the American TV industry with her lead role in Quantico.

Speaking about how she bagged the role in big comedy franchise, the half-Pakistani, half-Czech former model explains:

“Paul [Feig] knows Hindi cinema. He knew me and has seen what I’ve done. He just asked if this role would be something I would be interested in, because he could totally see me in it.

“I was like, ‘Hell yeah, for sure!’ All I can say is that I’m really glad I said yes to it, because I had to take some time out from India. It was worth it.” 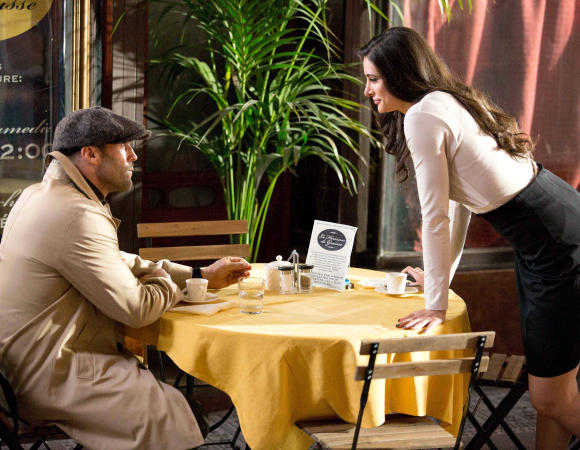 The American Desi adds that she also fell into Bollywood and acting by chance. Her main passion was to travel around the world, which is why she opted to do modelling:

“I found myself travelling, using modelling as a vehicle to get me to different countries and somehow, I just ended up in Bollywood by accident. I didn’t actually go looking for it. It just sort of happened.

“My journey is really crazy,” she adds.

Bollywood has not seen much of Nargis recently apart from her glamorous role in Main Tera Hero (2014) and her sexy item number in Kick (2014), ‘Yaar Naa Miley’.

She has only confirmed one project in the pipeline, which is upcoming Tamil action comedy film, Saahasam. 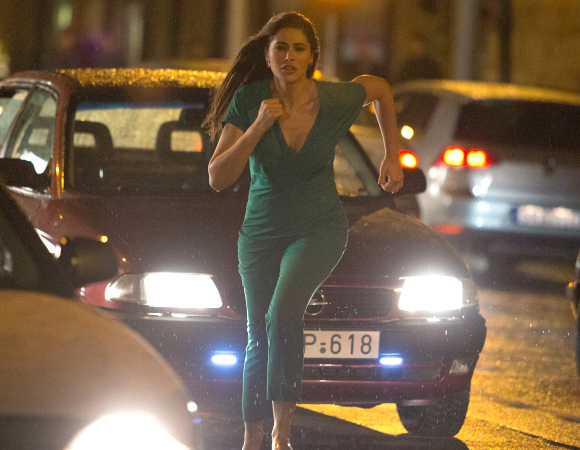 However, there have been rumours though that she’ll be starring in the third instalment of Masti, Hera Pheri 3 and also may also be playing Sangeeta Bijlani in the Mohammad Azharuddin biopic, opposite Emraan Hashmi.

Nargis adds that while she loves Bollywood, it is vastly different to the professionalism of Hollywood:

“One thing that I noticed is that Hollywood is all about ‘time is money’. So you better be on time and do your job. Whereas in Bollywood, I feel like we’re spoiled, and some people are ‘overly spoiled’, and ‘overly pampered, where you kind of lose the professionalism.

“But at the same time, in Bollywood, it becomes like a big Indian family, like people fighting, yelling, throwing tantrums. So each [industry] has its own special thing about it. Neither is bad nor good, it’s just the way it is. And it’s fine. You just adjust, right?”

Critics have already praised Spy, and with its star cast, it is expected to do wonders at the Box Office.

Melissa McCarthy’s lead performance is a key seller, and critics have touted it as her best role to date. Jason Statham’s surprise comedy role have also earned critical acclaim.

Paul Feig impressively balances action and comedy whilst keeping the audience engaged throughout. Melissa is fantastic in her comic timing and her action scenes. Jason peppers extra comedy into the film. 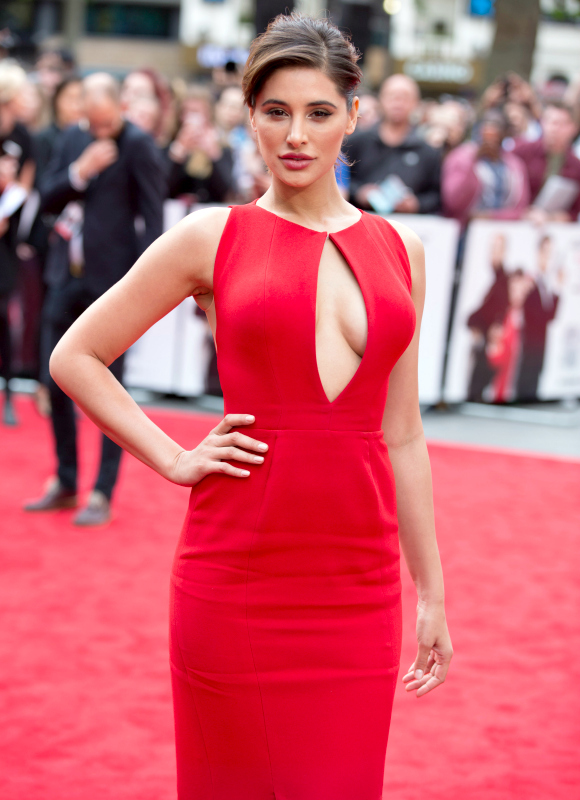 Jude Law looks dashing and grabs your attention with the big action sequences at the beginning of the film. Miranda Hart’s scene with 50 Cent is hilarious. And Nargis certainly stands strong alongside the Hollywood cast:

“I think this business is a tough one. I’ve experienced a lot of ups and downs in Bollywood, and I don’t really know what to expect from Hollywood and if I’ll continue, I don’t know, no one knows,” Nargis tells us.

After seeing her high on action, sassy demeanour in Spy, Nargis might have found just the role to carve her niche in Bollywood.

In the past, she has not left much of an impact on Bollywood and critics have only commented on how beautiful she looks rather than her acting skills. But with more action roles like this, then she could be the one to watch!

Sonika is a full-time medical student, Bollywood enthusiast and lover of life. Her passions are dancing, travelling, radio presenting, writing, fashion and socialising! “Life isn’t measured by the number of breaths taken but by moments that take our breath away.”
IIFA Rocks 2015 takes over Malaysia
Winners of IIFA 2015 Awards