“It’s always a lot of fun hosting together. Raju and Pappu getting together for the third time”

On Friday 26th June 2016 at the IFEMA in Madrid, Fawad Khan hosted the IIFA Rocks, along with Karan Johar.

There were a mix of dance and musical performance to enthral the audience. Musical performances were by Neeti Mohan, Kanika Kapoor, Benny Dayal, Monali Thakur, Pritam, Diljit Dosanjh, Papon and Meet Bros.

Along with this, TV host, Manish Paul provided some light moments in the show through his comic interactions with the guests. 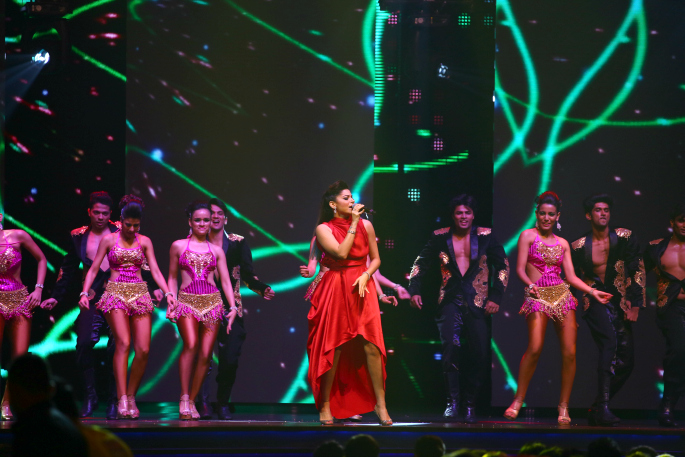 Manish Paul cracked jokes with celebrities like Salman Khan, Riteish Deshmukh and Sonakshi Sinha. In the run up to Sultan’s release, Salman and Manish had an arm wrestling match.

Manish Paul who wore quirky red shoes said at the green carpet: “I believe in fun and in entertainment. Audience should take their seats so that they don’t fall laughing!”

The most memorable performance of the night was Fawad ended the show by singing and playing the guitar.

Shilpa Shetty maintained her record of the maximum number of thumkas and Diljit Dosanjh did a unique collaboration with Pritam.

Monali Thakur who performed the same evening and is nominated for Best Playback Singer also talked to DESIblitz. She said: “It feels amazing to be nominated – this is my second IIFA nomination. This entire event is so glamorous that everyone looks forward to this event.” 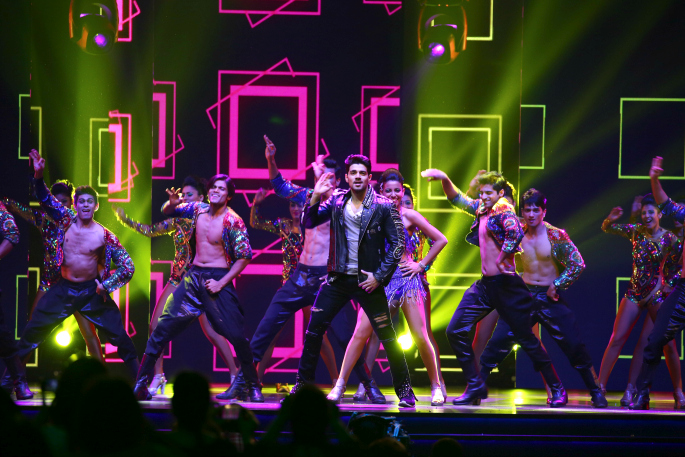 When asked if there’s any song that she would have liked to sung in the recent years, she said, ‘Phir Le Aaya Dil’ from Barfi.

One of the fun moments of the evening was when the Great Grand Masti trio, Riteish, Vivek and Aftab, came on stage and did a lie detector test with the hosts, Karan and Fawad, which brought on many laughs. Riteish Deshmukh told us on the green carpet that the third instalment of Masti is going to be, “grander and funnier!”

Of course, Pakistani heartthrob Fawad Khan stole the show at IIFA Rocks. The charming host shared some romantic moments on stage with actresses Sonakshi, Freida and of course, Deepika Padukone.

Deepika even got to her knees after being swayed by Fawad’s charm. Many in the industry probably thought of how good of a potential pairing they would make for a film!

Many attending celebrities spoke to DESIblitz on the green carpet about their films and their excitement to be at the IIFAs. 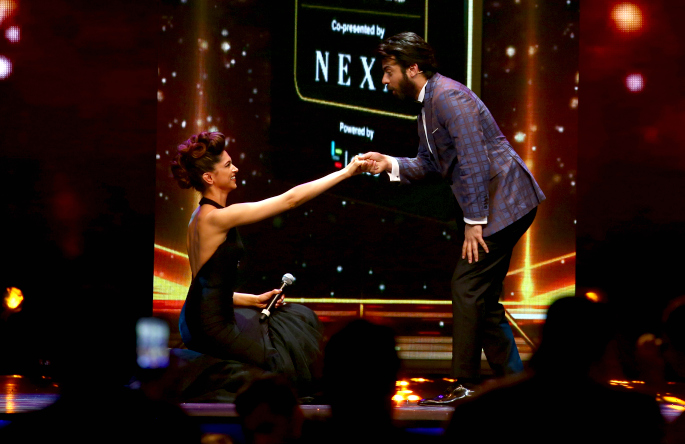 Bhumi Pednekar who has nominated for best debutant at the IIFAs talked about her upcoming projects. “I’m currently finishing Manmarziyan – finishing last schedule in August – and there’s a few other things in the pipeline.”

Shahid Kapoor talked about his excitement for hosting the main event: “It’s always a lot of fun hosting together. Raju and Pappu getting together for the third time at IIFAs.”

Boman Irani was asked about whether he preferred comic or negative roles and he said: “It’s the film, it’s not the role. If it’s a good film and it’s a small role then I’ll still do it.”

Neil Nithin Mukesh who has been recently appreciated for his antagonist roles in Prem Ratan Dhan Payo and Wazir, said he has no qualms about doing negative roles:

“An actor should not have any barriers about type casting themselves as anti or protagonist. The times have changed as an actor – I debuted as an antagonist in Johnny Gaddar and I have done many films as an antagonist – Wazir most recently with Amitabh Bachchan. Going out there to showcase your talent is most important.” 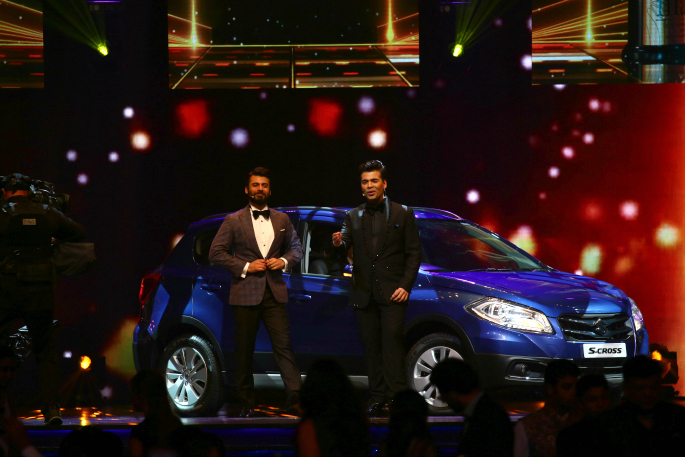 The Sarbjit team, Omung Kumar and Richa Chadha talked about the success of the film. Director Omung Kumar said:

“The audience has loved it and that’s what we wanted. In the day of digital, people are writing letters to me. People have been touched by small aspects of the film. It takes bigger than a normal film to watch this film.”

He said that he is next working on a romantic psychological thriller. Richa Chaddha conveyed: “I always feel happy when a film does really well. A film doing well at the box office benefits the whole industry.”

When asked about Cannes, she said she would go back if she had the chance: “Last year I went for Masaan and this year was Sarbjit, so I’ve been very lucky.”

The IIFA Rocks evening also saw the unveiling of the Technical Awards for 2015. 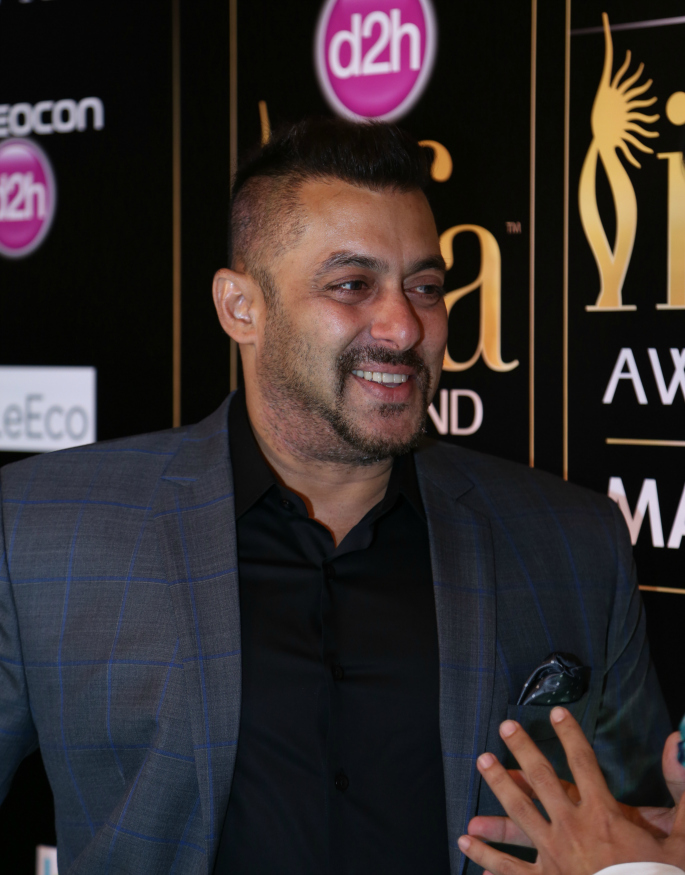 The maximum awards were won by Bajirao Mastani, while Freida Pinto also won an award for an International Icon.

Here is the full list of IIFA Technical Awards 2016 here: 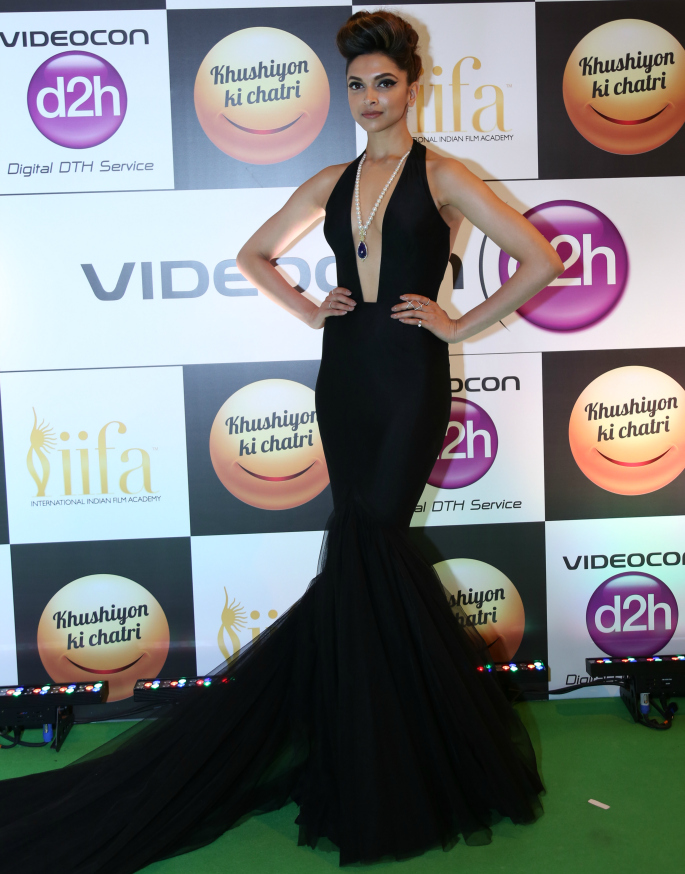 IIFA Rocks was a glamorous and fun star studded event that was thoroughly enjoyed.

The event was nothing less than a full fledged awards show so there are hugely high expectations from the main event.

Find out the nominations of the 17th IIFA Awards 2016 right here.

See more images of IIFA Rocks 2016 in the gallery below.

Sonika is a full-time medical student, Bollywood enthusiast and lover of life. Her passions are dancing, travelling, radio presenting, writing, fashion and socialising! “Life isn’t measured by the number of breaths taken but by moments that take our breath away.”
Bollywood descends on Madrid for IIFA 2016
Winners of IIFA 2016 Awards