Bollywood descends on Madrid for IIFA 2016

IIFA 2016 is here and Bollywood stars have arrived in Madrid for four days of entertainment and celebration. DESIblitz has all the latest news from Spain.

IIFA 2016 Press conference took place on June 23, 2016, with celebrity guests including all of the performers for IIFA Awards and IIFA Rocks.

Kicking off what promises to be spectacular four days of Bollywood entertainment in Spanish capital, Madrid, DESIblitz have been

The 17th annual IIFA is playing host to some of the most celebrated stars of the Indian film industry.

This is the 17th IIFA Awards and is only going to be bigger and better with a huge line up of performers and attendees. Even though we’re halfway through 2016, the tribute to the excellence of 2015 ends in a grand style through the IIFAs.

Hrithik Roshan who regularly performs at the IIFAs is once again excited to perform: “IIFA and I started off in the same year and that bond has grown over the time.

“Every year I look forward to coming to the IIFA; I particularly love how it provides a global platform and get to meet fans all over the world. IIFA also challenges me every year to give me my best – this year, it’s going to be my longest performance on stage.” 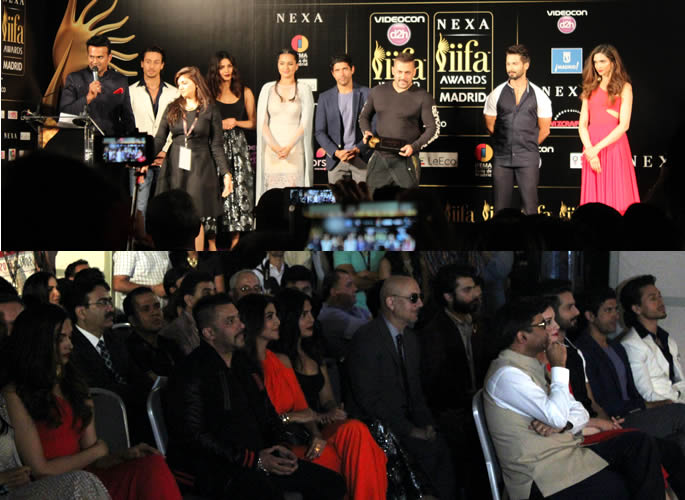 Salman Khan will also be performing at the IIFAs for 2016. About being in Spain, he shared that he has a special connection with the Spanish, as his school principal was Spanish.

Priyanka Chopra, who came fresh from finishing shooting for Baywatch, said: “I’ve been a part of IIFA every year – this year will be no different – powerhouse performances and incredible awards.”

Talking about her own performance, she shared: “I’m singing for the first time Hindi songs – 3 songs in my own version and then I’m dancing, including to ‘Pinga’.”

Deepika Padukone is doing a special performance at the IIFAs on the songs from Bajirao Mastani: “I get very nervous when performing and I think you need to challenge yourself with every performance. Sanjay Leela Bhansali is coming especially to watch this performance, so that makes it even more special!”

Sonakshi Sinha is also performing and this time, she’s doing a tribute to Sridevi, who is being bestowed with the Outstanding Lifetime Achievement Award. “I love her and I remember when I was a child trying to dress up as ‘Hawa Hawai’, so its absolute honour to be dancing to her songs.” 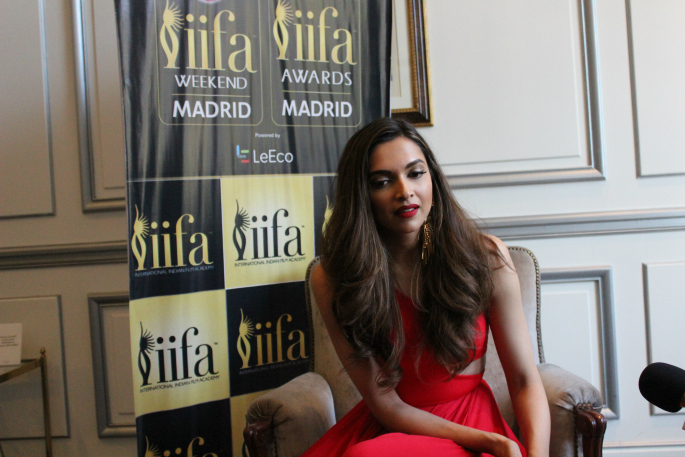 Tiger Shroff also looked extremely dapper at the Day 1 IIFA Press Conference. He will be another star performer to watch out for:

“It will be my journey thus far so I’ll start with my inspirations – I’m paying tribute to my idols, Michael Jackson then Hrithik Roshan, as well as performing to my own songs.”

Sooraj will also be making his debut performance at the IIFA Weekend.

Farhan and Shahid are hosting the main event once again. Farhan called Spain his second home, as its been 5 years since shooting here. Shahid said:

“I’m very happy to be here and to be hosting at the IIFAs with Farhan, as we’re always cracking up together and hopefully the audience will do the same.”

Fawad Khan and Karan Johar will be hosting IIFA Rocks. Fawad shared how this is the first time performing at IIFA rocks and that: “Karan is a master at hosting and it’s amazing to host with him.”

Shilpa Shetty first performed at the IIFAs 9 years ago, where her incredible dance on stage marked the maximum number of thumkas ever performed by a Bollywood beauty: “Ever since then, I’m asked to do thumkas at every awards show!” Shilpa will be performing once again at the IIFA Rocks. 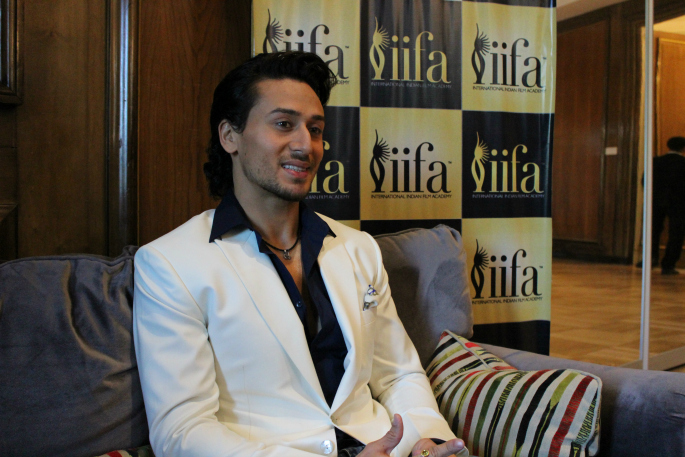 Alongside the press conference, the official trailer of Mirzya was launched, which took the breath away of the audience. The trailer was so eagerly awaited that Salman, who had arrived late, asked for it to be played again so that he could see it.

IIFA 2016 and Madrid together will present a breathtaking amalgamation of two richly diverse countries and cultures. The aim is to bring the magic of Indian Cinema not only to Spain, but to Latin America as well.

Over four days, IIFA will see a host of incredible sub-events including the Global Business Forum that will address several important issues including urgent environmental issues that affect the global population.

Bringing together the best of Spanish and Indian culture is the IIFA Stomp in collaboration with MULAFEST Urban Trends Festival, with four incredible musical chapters to unfold over the weekend.

There is an IIFA Stomp and Rang Jam Party with a theme based of one of India’s most colourful festivals Holi!

We are so excited for the incredible IIFA weekend ahead. Find out the nominations of the 17th IIFA Awards 2016 right here.

Sonika is a full-time medical student, Bollywood enthusiast and lover of life. Her passions are dancing, travelling, radio presenting, writing, fashion and socialising! “Life isn’t measured by the number of breaths taken but by moments that take our breath away.”
Nawazuddin plays a Psychopath in Raman Raghav 2.0
IIFA Rocks 2016 takes over Madrid