Bollywood has infected America with dance, music and Eastern glamour. The 2014 IIFA Awards caused a frenzy in Tampa Bay, Florida, which saw India’s biggest celebrities arrive to honour Indian cinema. We have all the winners, right here.

“It’s definitely rivalling the Oscars. There is a bigger crowd here. They seem to know how to put on a show."

The 15th International Indian Film Awards (IIFA) saw Bollywood join hands with Hollywood as stars from both industries celebrated the best of Indian cinema together.

Held in sunny Tampa Bay, Florida, the Indian-American community flocked to see their favourite Bollywood stars on the Green Carpet. A genius addition to the Green Carpet was the Vine 360 Booth which gave overseas fans the chance to see the stars do a special twirl for them.

Never before has a foreign awards ceremony caused such a frenzy in the United States. A fitting rival for Hollywood’s Oscars, the IIFA awards has drawn huge media interest from national American stations like ABC. 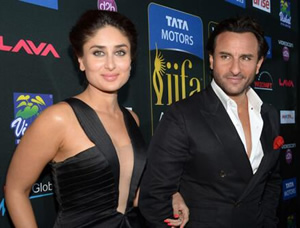 On the Green carpet, Bollywood legends rubbed shoulders with Hollywood. Kevin Spacey and John Travolta arrived to a joyous crowd. Shocked at the number of fans who stood waiting, he said:

“It’s definitely rivalling the Oscars. There is a bigger crowd here. They seem to know how to put on a show. I think its fantastic that we’re think of ways to put our cultures together.”

Kevin was joined by the stunning Deepika Padukone who also arrived at the same time. Dips looked breath-taking in a deep red Zuhair Murad lace gown. 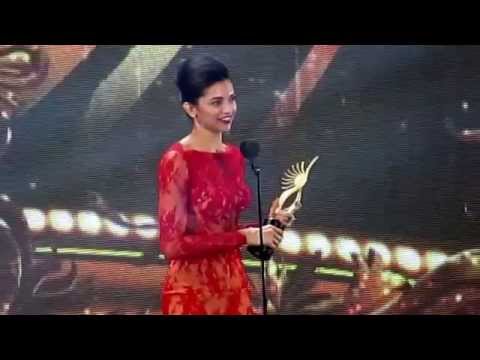 The IIFA’s was expected to be yet another big night for the leading lady, with three Best Actress nominations for all three of her big 2013 releases, Chennai Express, Goliyon Ki Rasleela Ram-Leela and Yeh Jawaani Hai Deewani.

Speaking alongside Spacey, Deepika said: “It feels great but it’s not something that I expected. I didn’t expect to receive nominations for all three [of my films].”

John Travolta added: “I cannot deny music and dance in my life. It is part of my soul. This is part of most of Bollywood’s films, and I agree with it.”

In addition to the Hollywood greats, TV actors also graced the carpet including cast members of popular show, House of Cards. The most famous Indian American of the moment, Nina Davuluri, also know as Miss America was also present to welcome the stars and celebrate alongside them. 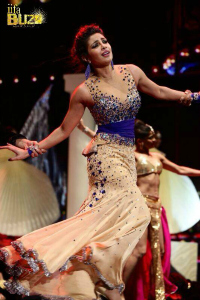 The Tata Motors IIFA Awards 2014 took place at the grand Raymond James Stadium. Hosting the night was the very dapper Shahid Kapoor, who fittingly entertained the glitzy crowd. He opened the show with co-host Farhan Akthar in full pirate gear and asked for the key of Tampa Bay from the Mayor.

As expected the performances were the highlights of the entire ceremony. Priyanka Chopra wowed the crowd with an skilled acrobatic number. She was joined by none other than John Travolta who danced impromptu with her to ‘Tune Maari Entriyaan’. Later Kevin Spacey even had a go at the Lungi Dance. The real performance was with Hrithik Roshan and Travolta to ‘Dhoom’ which was of epic proportions.

Bhaag Milkha Bhaag was already a winner before the awards began, as it claimed an outstanding nine technical awards including Best Cinematography, Best Dialogues and Best Screenplay.

The epic film also swept the Best Actor award for Farhan and legendary sports personality Mika Singh himself was part of the audience to see the awards pour in, including the biggest of the night, Best Film.

Here is the full list of winners of the IIFA Awards 2014:

Entertainer of the Year
Deepika Padukone

Woman Of Substance
Priyanka Chopra (presented by Star Plus)

All in all, the 2014 IIFA’s has proved how globally loved and adored Indian cinema is. With ground breaking films, storylines and cinematography emerging from the East, the West will now be paying more to the incredible talent that India has to show. A truly special awards ceremony to round off a phenomenal year. Congratulations to all of the winners.

Aisha an English literature graduate, is a keen editorial writer. She adores reading, theatre, and anything arts related. She is a creative soul and is always reinventing herself. Her motto is: “Life is too short, so eat dessert first!”
IIFA Rocks amazes the Tampa crowd
The IIFA Awards 2014 Round-Up