The International Indian Film Academy (IIFA) Awards that were initially promised to be held during the summer months has been moved forward to Spring 2014. They will be held in Tampa, Florida.

"March is a little too soon for the amount of work that has to get done."

The IIFA awards is one of the most prestigious Indian awards ceremony in par with the National and Filmfare awards. For 2014, they will take place in Tampa, Florida.

However, following an initial announcement of a June event, the dates have been moved to early spring next year as per the Tampa Bay Times report.

IIFA stands for International Indian Film Academy. Just like the National and Filmfare awards, the IIFA’s are much respected, being dubbed as Bollywood’s version of the Oscars by many. The awards are being hosted in the USA for the very first time.

The International Indian Film Academy promotes Indian Cinema globally, thus reaching out to millions of its fans. It showcases the talent that Indian Cinema offers.

Since then, the one-day gala event has evolved into a three-day event and has been held at various international destinations over the years.

These awards honour films from the previous calendar year. 2013 has without a doubt been a truly outstanding year for Indian cinema, and competition for Best Movie is expected to be fierce.

Indian legend, Amitabh Bachchan was chosen as the Brand Ambassador for the IIFA’s until 2010.

The event has had a tremendous response from Bollywood fans worldwide, and keeping that in mind, the organisers have decided to play it safe and move the ceremony forward to a time when the weather will hold up well.

The ceremony can easily accommodate around at least 35,000 people and the high demand for sales has proved that this has already become the estimated ticket sales number. Reports suggest that the 2014 IIFA’s can expect between 50,000 and 60,000 visitors.

In 2013, the event was held in June in Macau and saw one of the best but underestimated male dancers of Bollywood Shahid Kapoor and the mesmerising Priyanka Chopra performing. It was hosted by Shahrukh Khan with Shahid Kapoor as a co-host. 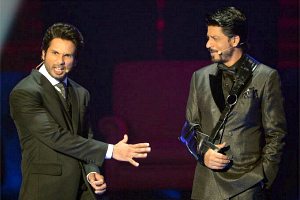 As per the Tampa Bay Business Journal, Santiago Corrada, president and CEO of Visit Tampa Bay said that the new date will likely fall in April:

“March is a little too soon for the amount of work that has to get done,” he said.

As the IIFA Weekend & Awards and its expected 50,000 plus visitors make their rapid approach, Corrada said he is confident in IIFA’s ability to sell tickets, fill seats and see the ceremonies through.

They of course also need to consider the busy schedule of the Bollywood fraternity who will be attending the ceremony. It has been said that the official dates will be announced in early January.

IIFA and its event company Wizcraft Entertainment are working with Visit Tampa Bay and a private sector group led by Dr. Kiran Patel:

“I have assured Wizcraft that their coming to Tampa will not result in a loss. So either way, what I am doing is using the goodwill of our community, and others, to bring them support, through sponsorship.”

There are many possible venues being considered by Patel, Visit Tampa Bay and Wizcraft. Patel added that the upcoming awards would be: “Something spectacular, the production will be mind-boggling.”

Even though the names are not out, it is being said that the award ceremony will also see performances from noted Hollywood personalities.

With the audience being able to mingle with the Bollywood crowd, the awards have always been a hit. Not only does the IIFA’s bring Bollywood to the world by visiting cities in all corners of the globe, they also bring business to the local community they get hosted in.

Talk about spreading goodwill, cheer and boosting the economy while building good cultural relationships. It’s a win-win for all.

It is thought that tickets will begin selling in January, and start at $75 (around £46).

After a short stunt on stage, Archana decided to spend some quality time with her family. Creativity accompanied with an aptitude to connect to others got her to write. Her self motto is: “Humour, humanity and love is what we all need.”
Dhoom 3 ~ Review
Veena Malik gets Married on Christmas Day