From one starry nation to another, the IIFA Awards 2014 brought Bollywood across the seas to Hollywood territory. We have all the gossip and news from the four-day event.

"Anil Kapoor is an old friend. I think it's perfect that Bollywood actors are now starring in Hollywood projects."

A four-day extravaganza, the IIFA Awards took over Tampa Bay, Florida with an Indian invasion the Americans won’t forget in a hurry. Of the stars present, Priyanka Chopra and Anil Kapoor represented the fraternity at all the major events.

But while many of the Bollywood crowd flew out to Florida, a fair few opted to stay home in India. The reason? IIFA unfortunately clashed with the Indian elections, meaning that some stars had their loyalties divided. From the Khan family, only Saif Ali Khan turned up to host the IIFA Technical Awards. 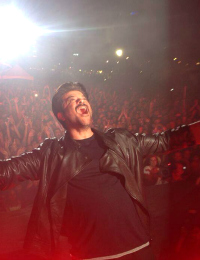 Unsurprisingly, Aamir and nephew Imran were nowhere to be seen. Neither was Salman; and Shahrukh who reportedly had only finished night shoots for his film, Happy New Year, tweeted that he was having a quiet night in with his daughter.

The Bachchan family were also missing from the ceremony, despite Aishwarya’s strong ties with American audiences.

Of course, with her father-in-law, Amitabh’s unamicable relationship with IIFA, the family’s absence was not completely unexpected. Amitabh used to be Brand Ambassador for IIFA until 2011 when he cut ties with them.

Of the rest of the Bollywood crowd, Ranbir Kapoor and Katrina Kaif did not attend, neither did Akshay Kumar, who usually frequents the awards.

Most said the Indian elections were the main reason for non-attendance, as Mumbai polls opened at the same time. This created quite a divide between B-Town, with some accusing the overseas stars as being unpatriotic.

Anil Kapoor said: “It is very unfortunate. But this commitment was made much, much earlier. All over the world, people have their commitments, which are made a year in advance. Today, people can do e-voting. There are Indian embassies everywhere, so this could work well for all. We can go there and vote and that is the best way. I think we must make that kind of a system.” 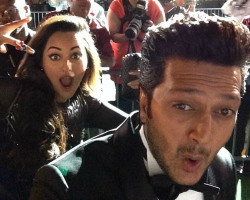 Vidya Balan also cancelled her plans to come to the IIFA promotions. A close source to her reportedly said:

“Vidya cancelled her plans just five days before the awards. Despite calling off her trip at the last minute, the actress didn’t offer a detailed explanation to the organisers. They were just told that she is unwell.”

Vidya was set to do a Master Class with Kevin Spacey. However, Priyanka filled in for the absent actress.

But despite all the absentees, those that did attend gave fans and audiences a night to remember. Shahid Kapoor and Farhan Akhtar wowed crowds with their hosting skills. The duo opened the show dressed as pirates and demanded the key to Tampa Bay from the Mayor.

While Shahid was on an IIFA high, the brewing friendship between his current flame and his former flame may have made him a little uncomfortable. Sonakshi Sinha and Priyanka seem to have struck up an unlikely friendship over the course of the four days and have become new best friends.

Shahid’s real accomplishment however was getting Kevin Spacey to do the ‘Lungi Dance’. Shahid and Farhan notably asked the House of Cards star to present the Entertainer of the Year award to a gorgeous Deepika Padukone. They later asked Spacey if he would join in and dance to the Yo Yo Honey Singh track on stage. Spacey agreed in good humour and even donned a lungi around his waist.

Spacey wasn’t the only one to show off his moves. John Travolta came on stage twice during the evening, first to dance with Priyanka to ‘Tune Maari Entryiaan’, and later with Hrithik to ‘Dhoom’. Speaking about his love for Bollywood, Travolta said:

“I have watched Lagaan and 3 Idiots; I recently saw Krrish 3, and I also loved that Romeo Juliet film, Ram Leela. The first song in the latter was amazing and the film captured my attention. I would love to work with the Romeo Juliet girl [Deepika Padukone].”

Travolta might even be starring in Bollywood film Paani: “Yes, I have been offered a film and I am considering taking it up. I believe it’s an honest film and Shekhar Kapoor has asked me to be a part of it.” 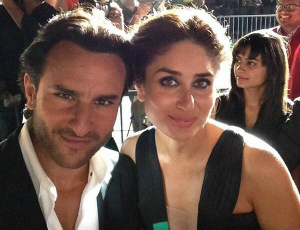 “I love Shekhar Kapoor and I also got to meet Aamir Khan when I went to Mumbai. Anil Kapoor is an old friend. I think it’s perfect that Bollywood actors are now starring in Hollywood projects. The video, ‘Exotic’, was a perfect marriage of Hollywood and Bollywood,” he added.

Travolta also admitted that his two favourite actresses are Deepika and Priyanka. Anil Kapoor who is starring in Kiefer Sutherland’s 24, also expressed a keen desire to shoot a film in Tampa Bay.

Turning heads on the Green Carpet were arguably the two most popular stars of the night. The first, Kareena Kapoor Khan supporting her husband Saif; and the second, a very dapper Ranveer Singh who also performed on stage.

Kareena interestingly spoke to Shahid publicly on stage for the first time since their break-up, and she looked stunning in a black Armani gown with nude panels.

If the Florida IIFA Awards have proved anything, it is that Bollywood has a lot to show its Hollywood associates. With music, dance, glitz and glamour, the IIFA Awards have made global the vibrant Indian culture and cinema that it celebrates.