Bollywood gears up for IIFA Awards 2014

With the dates and itinerary announced for the 15th International Indian Film Academy (IIFA) Awards, excitement in Bollywood is building. Celebrities now await in eager anticipation for the biggest award ceremony of the year.

"I am grateful to IIFA and I feel this is going to be the best IIFA ever."

Excitement has been building up in the Bollywood camp, as celebrities are all geared to kick-off celebrations for the 15th International Indian Film Academy (IIFA) awards which will take place on April 26, 2014.

A special press conference was held in Mumbai and attended by the likes of Anil Kapoor, Madhuri Dixit Nene, Saif Ali Khan and Kareena Kapoor Khan, Bipasha Basu and Pritam.

Announced at the conference were the performers and hosts of IIFA weekend which will run between 23 and 26 April in Tampa Bay, Florida. 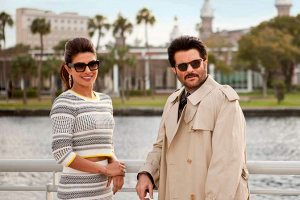 A special itinerary has also been released by IIFA detailing the events of each day. The annual ‘weekend’ begins on Wednesday 23rd with IIFA Stomp which will take place at Curtis Hixon Park in Tampa.

The weekend will also see IIFA Airport Welcomes each day greeting the guests arriving from India.

On Thursday 24th, a Press Conference will be held during the afternoon followed by the IIFA Rocks concert which will take place at the USF Sun Dome in the evening. Friday will see the Magic of the Movies & Technical Awards taking place at the MidFlorida Credit Union Amphitheatre.

The big day will be Saturday 26th, which will see a Film Workshop during the day followed by the official awards ceremony in the evening to be held at the Raymond James Stadium. Madhuri who lived in Florida for two years before moving back to India said of the host city:

“I can assure you Tampa Bay is a gorgeous place. It has got a lot to offer. People there will welcome you with a lot of warmth. I am honoured to be associated with them,” the actress said. 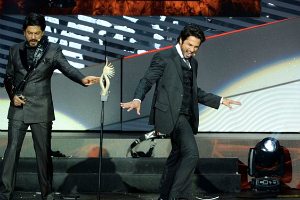 She also added: “Can’t wait to entertain my fans in America.”

A big supporter of the IIFA’s is Anil Kapoor, who said: “IIFA is my family and I have been associated with IIFA for the last 15 years. I am grateful to IIFA and I feel this is going to be the best IIFA ever.”

Anil might not be wrong either. The awards will be co-hosted by Shahid Kapoor and Farhan Akhtar. Shahid is a popular choice following his brilliant co-hosting with Shahrukh Khan in 2013’s ceremony that was held in Macau. Audiences will be looking forward to seeing whether he can recreate the same comic energy with Farhan aswell.

Farhan Akhtar is buzzing after his Best Actor award at the Filmfare Awards earlier this year. 2013 was clearly a huge achievement for his film Bhaag Milkha Bhaag, and all eyes will be on him to see if he can bag the IIFA’s top prize as well. 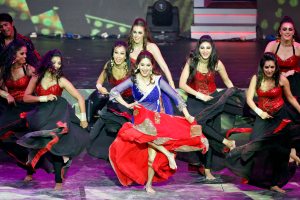 The press conference also announced the celebrity performances that can be expected on the night. Following much anticipation, Hrithik Roshan has been confirmed as doing one of the big performances on the night.

Joining him on stage during the course of the weekend will be Priyanka Chopra, Madhuri Dixit Nene, Saif Ali Khan, Kareena Kapoor Khan and Sonakshi Sinha.

It is clear that of all the award ceremonies in Bollywood, the IIFA’s is the one that excites the Indian celebrities the most. Speaking about the importance of the IIFA’s, Kareena said:

“IIFA is the only Indian award which celebrates Indian cinema on a global platform. We are going to put our best foot forward and entertain our fans there.”

Saif also said: “We live in divided times but what brings us together is love for cinema. I am very excited about it.”

With US Ambassador Peter Haas at the press conference, there is a big rumour that the IIFA’s will also be graced by some Hollywood notables as well. IIFA’s have remained tight-lipped about as of yet but it is expected that they will join the B-town crew as the fly out to the States in the days running up to the ceremony.

The 15th International Indian Film Academy awards will be one to remember. As one of the most prestigious ceremonies celebrating Indian cinema, the 2014 awards is certainly dubbed to be the biggest event of the year.

Aisha an English literature graduate, is a keen editorial writer. She adores reading, theatre, and anything arts related. She is a creative soul and is always reinventing herself. Her motto is: “Life is too short, so eat dessert first!”
Gunday ~ Review
Alia Bhatt leads the way in Highway