Charithra Chandran sizzled in a floral mini dress as she arrived at Bridgerton’s series two premiere in London.

One of the new leading ladies of Bridgerton, Charithra Chandran, stunned audiences as she arrived at the world premiere of season two of the show in London.

The glimmering dress was designed by Wes Gordon, the creative director for the luxury brand, Carolina Herrera.

The star then rounded off her outfit with a slicked ponytail, red lipstick and a pair of sensational black open toe heels.

She captivated everyone at the premiere with her shining smile and playful twirls.

She was previously seen in the science-fiction series Alex Rider and will appear in the movie, Class S (2022). 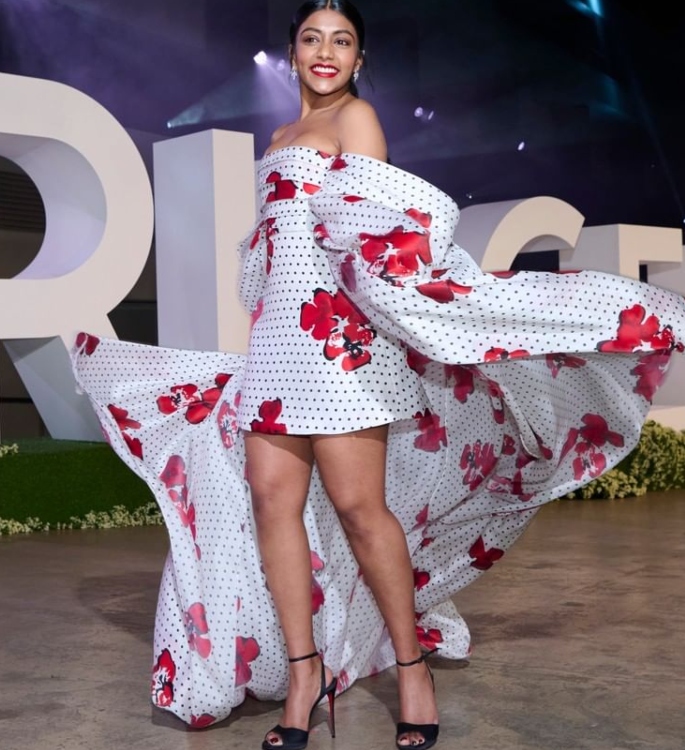 Flaunting her toned midriff, she wore a white crop top with black lace sleeves and a matching Gucci skirt that had a bottom green panel.

In the upcoming season, both sisters travel to London from India and quickly fall for the charm of Jonathan’s character.

However, the love triangle was dazzling at the London premiere but in a more friendly way.

Held at the Tate Modern on March 22, 2022, the star-studded crew left paparazzi and fans in awe with their glimmering fits.

Charithra Chandran received immense praise on social media for her loud ensemble that complimented her beauty.

Whilst a second person added: “Love this whole look.” 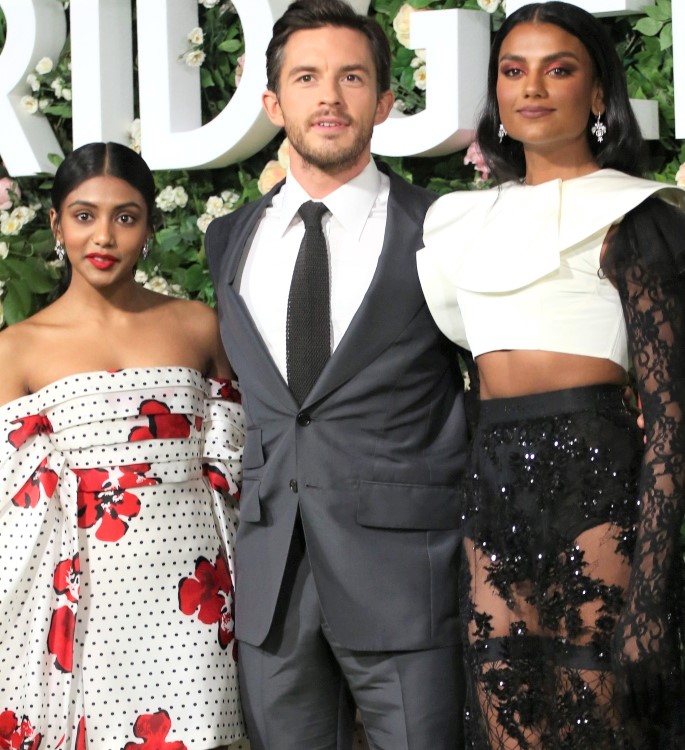 Both were missing from the premiere event but Dynevor explained her absence was down to filming another project.

Posting her well wishes on Instagram, the actress stated:

“Sad not to be with my Bridgerton family tonight – celebrating another season and our incredible cast and crew.

“I’ll be raising a glass to you all from up north (or more likely a coffee – night shoots calling).”

The second season of Bridgerton will stream on Netflix from March 25, 2022.