"When I first got my driving license, I felt on top of the world."

Asian Women and Cars: The Road to Independence is a fascinating project by award-winning British producer Dawinder Bansal as part of Blast! Festival of Photography.

The multimedia installation is a collection of photographs, stories and a film. Together, they showcase what the capacity to drive has allowed Asian women to do.

The ability to drive is something that is easy to take for granted. For the older generation of Asian women growing up in England, however, it was life-changing.

These women had to fight against their community and family’s gender expectations. By challenging these norms, they had the independence to go anywhere, and consequently earn their own income.

Dawinder had an inspiring conversation with her aunt, who went onto explain how special the ability to drive was for her.

Dawinder knew that there must be more stories like her aunt’s to share. So she embarked upon a research project to collect the images and stories of Asian women and their cars.

The result is the brilliant art installation and film titled Asian Women & Cars: The Road to Independence.

DESIblitz had a fantastic opportunity to exclusively speak with Dawinder Bansal about this amazing project. 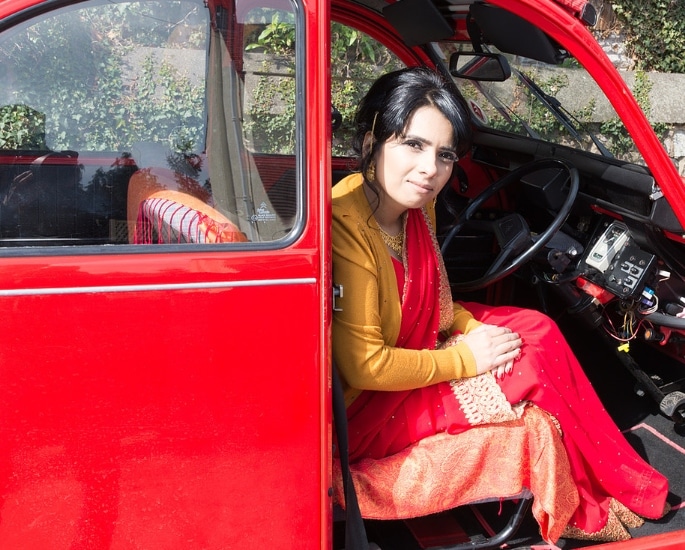 “When I first got my driving license, I felt on top of the world. I thought about all the places I could go to, all the things I could do.”

At the same time, however, she explains that for her generation, it was almost taken for granted. She describes her experience of learning to drive as something that was normal and expected.

“It [driving] was just one of those things where friends and everyone else was learning to drive and it was a given, but for the generation of women that I’m talking to and have spoken to, it was a very different story.”

For the older generation of Asian women, learning to drive was groundbreaking.

She explained that it was a challenging experience for the older generation of women because there were certain gender expectations in place for them.

Breaking down these norms in order to achieve driving independence was not an easy task. In reply to a question about how exactly was it different for the older generation, she explains:

“Being able to drive enabled these women to work and be financially independent.”

Dawinder also added that she could relate to the stories of the older women she spoke to. She believes that her life is much easier thanks to her ability to drive. 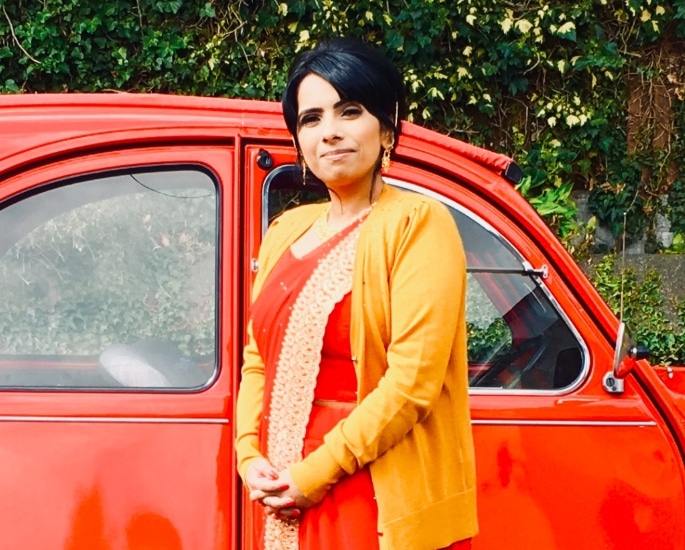 Bringing Culture With You 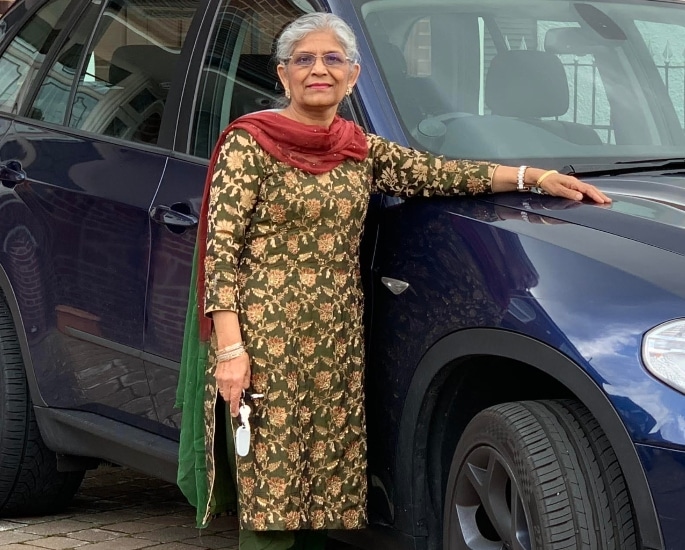 When a group of people migrates to a new country with a different culture, they bring their own cultural norms and traditions with them.

Many of the women Dawinder spoke to grew up in England, but their parents had sub-continental origins.

Dawinder states that despite growing up in a new and different country, these women often had to abide by the cultural norms of their elders “back home.”

This meant that when these young women who Dawinder spoke to challenged the South Asian cultural norms by learning to drive, their elder relatives were not always supportive.

“So I think what happens when you’ve got a generation of people who have migrated, and they’ve brought with them their traditions and their values of how things were back home, is that when that starts to change it starts to unsteady people.

“There were people who desperately held on to what they thought was right from back home.”

“And there were others who wanted to change that and adapt to where they were living.”

Dawinder believes this to be a general trend that arose from more women participating in the workforce as she expresses:

“But you know, that wasn’t specifically all about South Asian culture.

“It was about women in general: women’s roles in society were changing because they were going out to work, and they were doing things that weren’t expected of them before.” 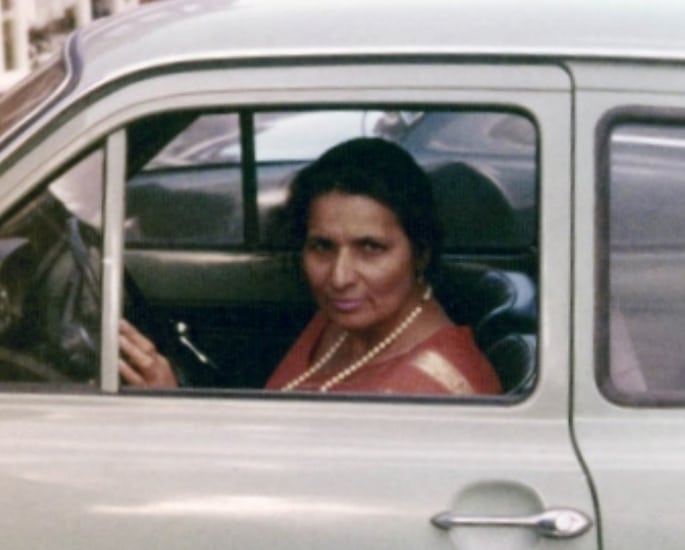 Independence for Yourself and Others 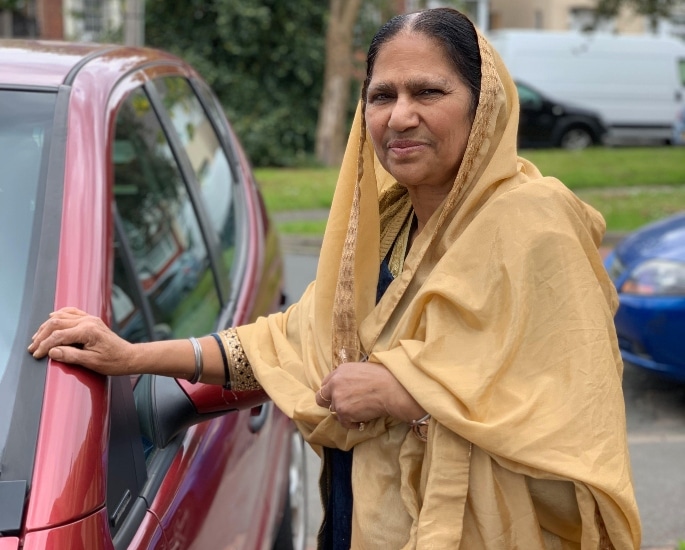 Dawinder has been working on this project since 2017. She was originally inspired by a casual conversation with her aunt about driving and the powerful independence it can provide.

Dawinder mentions to us that her aunt’s life would have been vastly different had she not been able to drive.

“She had to work night shifts and work on weekends to be able to earn the money to pay her mortgage.

“So I listened to that story, and it came out very incidentally, and I decided actually, there are probably more stories like this that are about inspiring women of that generation.”

But these women did not only gain independence for themselves. Many used their independence to help others too.

For example, Dawinder told us that one of the women she interviewed works for a diabetes diet group.

Dawinder says that this group does not only raise awareness about diabetes,  but it also provides services for the group members to socialise and go on excursions.

For this to happen, they need people to drive group members across various locations. This is exactly what one of the women Dawinder interviewed does.

Dawinder expressed her admiration for this woman’s work and those like her, saying:

“These women wanted independence for themselves, but they also saw it as a gift for others.” 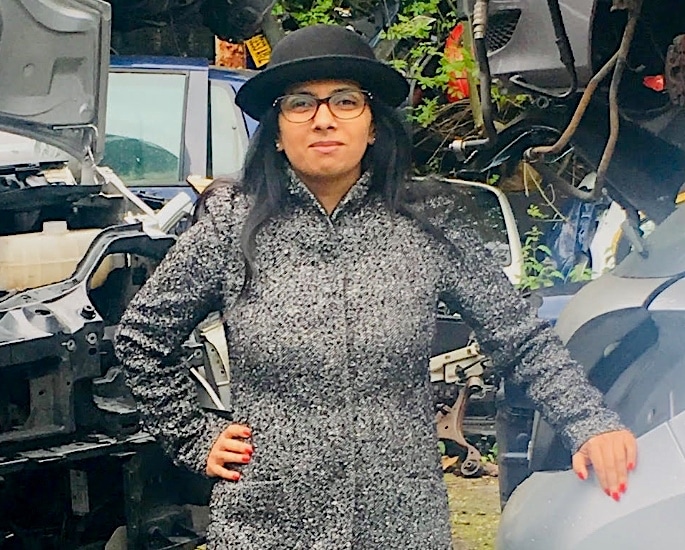 The result of all Dawinder’s hard work and research is the brilliant Asian Women & Cars: The Road to Independence. This art installation and film is on display in West Bromwich.

The project does not end here. On the website www.asianwomenandcars.com, the artist encourages Asian women to submit personal photographs of themselves with their cars.

Dawinder has a keen interest in both old and new photographs. She aims to collect contemporary photos of women with their cars, ideally dressed in their best clothes.

Gathering these images will allow her to continue with this project and create a new exhibition in the future.

She has already received submissions from Canada, Dhaka, France and Germany.

If you love photography, culture, and female empowerment, Asian Women & Cars: The Road to Independence will be right up your street.

The Blast! Festival of Photography is hosting this project and further information can be found here.