Deepika Padukone has spoken out about her experience of anxiety and depression. Her own experiences and the suicide of a close friend have inspired her to raise awareness of mental health issues.

"Accepting it and speaking about it has liberated me."

Deepika Padukone has bravely spoken out about her experiences of suffering from anxiety and depression.

Her condition became particularly acute during filming for Happy New Year in 2014.

She had both counselling and medication to address the situation, and believes that she has now recovered.

However, a close friend of hers took their own life due to mental illness.

Deepika believes that mental health needs to be taken just as seriously as physical health.

By sharing her own experience, Deepika is hoping to break down the stigma associated with mental illness.

Deepika has said that she will be launching an initiative in the near future to create more awareness about anxiety and depression. 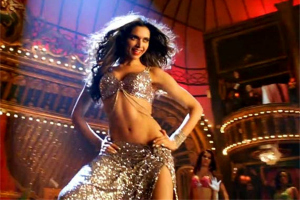 In an interview with Indian broadsheet Hindustan Times, Deepika said that it all started in early 2014, when she fainted due to exhaustion. She said: “It was all downhill from there. I felt a strange emptiness in my stomach.”

At first she thought it was stress, and so she tried to distract herself by keeping herself busy with work and an active social life. However, the recurrent negative feelings did not subside:

“My breath was shallow. I suffered from a lack of concentration and broke down often.”

Deepika said that she would put on a front to her parents, who would show concern when visiting her, about her living alone and her long working hours.

However, despite these efforts to hide her true feelings, Deepika broke down in front of her mother. Her mother put her in touch with a psychologist friend of hers, Anna Chandy.

Anna flew from Bengaluru to Mumbai to meet Deepika: “I talked my heart out to her. She concluded that I was suffering anxiety and depression.”

Initially Deepika was reluctant to take medication and felt that counselling would be the solution. However she said: “The counselling helped, but only to an extent.” 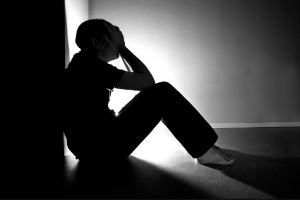 She continued: “There were days when I would feel okay. But at times, within a day, there was a roller-coaster of feelings. Finally, I accepted my decision.”

She met another psychologist, Bengaluru-based Dr Shyam Bhatt, for a second opinion. After reconsidering she changed her mind: “I took medication, and today I am much better.”

After the filming of Happy New Year was over, Deepika took a two-month break to spend time with her family in Bengaluru, and to recover both mentally and physically.

However, upon her return to Mumbai, she found out that a friend of hers had committed suicide due to anxiety and depression. Deepika said:

“My personal experience as well as my friend’s death urged me to take up this issue, which isn’t usually talked about. There is shame and stigma attached to talking about depression.”

Deepika believes that currently there is not enough understanding about mental illness, and often people are ashamed of it.

She said: “I see people suffering, and their families feel a sense of shame about it, which doesn’t help. One needs support and understanding.”

Furthermore, according to Deepika, the reaction of many to her mental health issues is disbelief: “The most common reaction is: ‘How can you be depressed? You have everything going for you. You are the supposed heroine and have a plush home, car, moives…What else do you want?’” 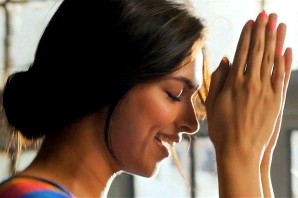 With her ordeal over, Deepika has a different perspective of life, and spoke positively about the future. She said: “Overcoming it has made me a stronger person and I now value my life much more.

“Accepting it and speaking about it has liberated me. I have stopped taking medication, and I hope my example will help people reach out for help.”

Mental health professionals have praised Deepika for her courage to speak about her condition.

Professor Vikram Patel, from the Public Health Foundation of India, said: “It’s extremely good news that someone who’s extremely popular in the public eye has come out and spoken about a health issue that’s traditionally stigmatised.”

Social media was abuzz with reaction to the news. Many of the messages praised Deepika for the stand that she had taken. 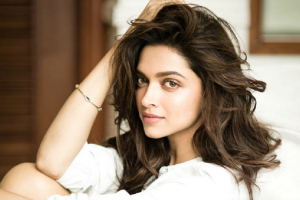 Sahil Rizwan tweeted: “Good on Deepika for speaking out about suffering from depression & anxiety. A lot of people wouldn’t.”

Rana Ayub in a message posted on twitter said: “Proud of you @deepikapadukone for speaking out.”

Kabir from London said: “I think it was important for someone of her stature and status to admit that she was suffering from depression. And how it impacted her personal life and career.”

Bhavna from Birmingham said: “I admire her. I think people will respect her for it. Our Indian people are afraid of this issue. People might be inspired now to seek the help that they need.”

Deepika Padukone and her team are working on a plan to raise awareness about anxiety and depression. She expects to unveil the initiative in the near future.

Harvey is a Rock ‘N’ Roll Singh and sports geek who enjoys cooking and travelling. This crazy guy loves to do impressions of different accents. His motto is: “Life is precious, so embrace every moment!”
Superhero comic Priya’s Shakti tackles rape in India
AIB Knockout Roast too raw for India?