A new spoken word production, ‘Mother Tongues from Farther Lands’, has been dubbed a resounding success by critics.

Part of Southbank Centre’s Alchemy On Tour, the stage show is a heart-warming piece that reveals the hidden real-life experiences of many South Asian women in the UK.

In their individual monologues, the actors detail the extraordinary life journeys that these women have undergone. From their experiences of the partition between India and Pakistan to having arranged marriages and settling in the UK.

‘Mother Tongues from Farther Lands’ is something of a perfect project for producer Dawinder and writer Sajeela. Both have been keen to document the history of the South Asian community, particularly women. Speaking to DESIblitz, Dawinder explains:

“It is absolutely vital for South Asian communities to document their own history. I can’t stress this enough. History has always been written and interpreted by those who were observers and not those with the lived experience of partition. 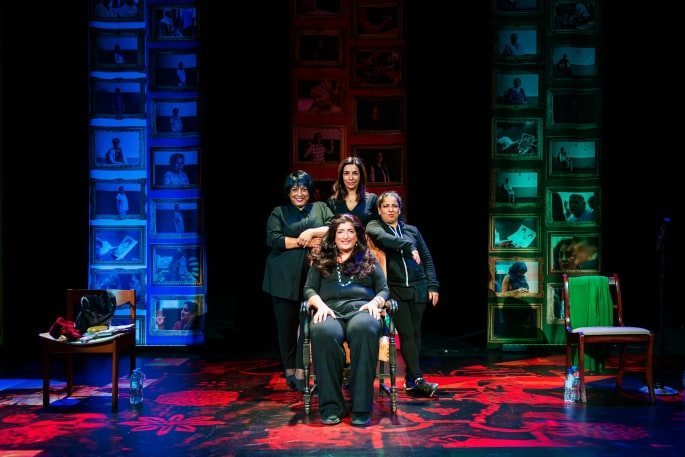 “The interpretation of history is usually from a Western perspective. Some of the Asian women I’ve been working with have sharp memories but are illiterate. For these reasons, it is so incredibly important for us to document our own history through oral history recordings.”

It is fitting then that the stage production falls in line with the 70th anniversary Partition of India and Pakistan. For many in the South Asian community, this was a monumental juncture in Asian history. But while there are numerous accounts of what horrors people endured during this time, not many women have spoken out about their own unique experiences.

This may be due to reluctance, or because in traditional patriarchal society, women have not been given the platform to speak openly. And not just about partition, but the challenges and struggles that they have undergone as South Asian women in general.

Actress Shobu Kapoor explains: “Telling another person’s story puts a huge responsibility on my shoulders. I have to honour them but also try and be as three-dimensional as possible, which means shedding light also on the shadow side of someone’s personality.

“Hopefully, an emotionally rounded portrayal draws the audience in a way that a totally factual rendering may not, and the people whose stories I’m telling feel that they and their experiences have been truthfully told.”

Dawinder and Sajeela have spent considerable time building a close bond with women across the Asian community. By listening to their compelling stories, they found that a number of these women had not spoken about their lives in such detail before:

“Initially, the women were reserved because strangers were coming into their weekly gatherings to ask for their stories.

“Over the years, I have worked extensively into communities and I know people only open up once they trust you and have built a bond with you. In these kinds of projects, language is key,” Dawinder Bansal adds. 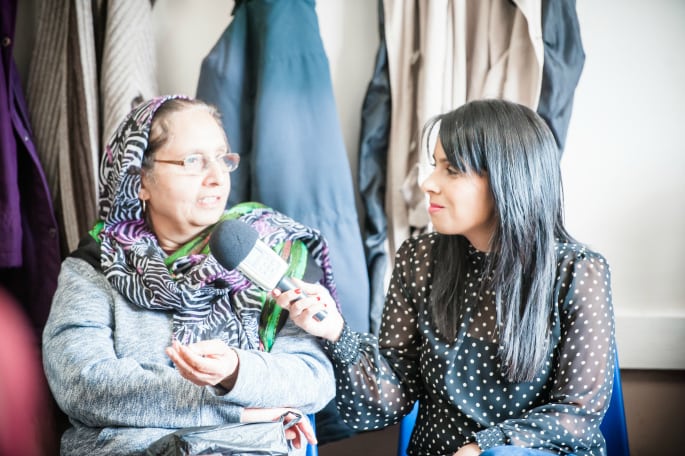 “Luckily, between us both, we can speak and understand Punjabi, Hindi and Urdu and it also helped because we are Asian women so there was an immediate connection between us all. Some of the ladies adopted us as their granddaughters, which was so sweet – ensuring we were always fed at the workshops! They were the perfect hosts.

“Using my experience of collecting stories combined with Sajeela’s comedy broke down barriers very quickly – the ladies really enjoyed our visits and sharing intimate personal stories, which shaped this show.”

The stories range from the sad to the hilarious. Speaking about some of the most memorable anecdotes shared with her, Dawinder Bansal says:

“There were very humorous stories about social history and particularly the older women talking about their first impressions of arriving in the UK after leaving India/Pakistan/Kenya to the UK.

“We were told about outside toilets and one funny story was about when a man got a bedroom urine pot mixed up with the pateela! Now that was a funny story!

“But there were all kinds of stories that were very memorable about social history about love, loss and strength.”

The show’s aim is to portray a whole spectrum of women and their lives, and she does so successfully. The stage show makes clear how incredibly important women’s voices are – and how their differing circumstances have helped shape how they think. 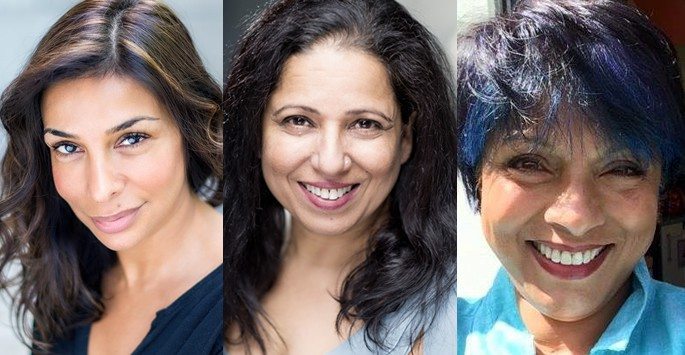 With ‘Mother Tongues from Father Lands’, Dawinder and Sajeela hope to celebrate all women from the South Asian community:

“This project is about celebrating the strength and tenacity of South Asian women, despite the prevalence of patriarchy within South Asian culture and our communities,” she tells us.

“I hope that audiences will be inspired by the stories of strong and determined women who are represented in this piece written by Sajeela and performed by Shobna Gulati, Shobu Kapoor and Shyama Perera.

“The audience will also get to experience heart-warming responses from the actors to the monologues which is an added bonus.”

Audiences can watch ‘Mother Tongues from Farther Lands’ in Newhampton Arts Centre in Wolverhampton on 23rd May 2017 and at Cast in Doncaster 3rd June 2017.

‘Mother Tongues from Farther Lands’ is a commission by Alchemy On Tour partnership; Southbank Centre, Black Country Touring, Cast in Doncaster and Oldham Coliseum. It is generously supported by Arts Council England.

Producer Dawinder Bansal is also part of another touring show called ‘Tongue Tied & Twisted’. More details of the show can be found here.