‘Lands of Belonging’ tells the Rich History of South Asia

‘Lands of Belonging’ is a thrilling exploration of the complicated history of South Asia and Britain, examining what it means to ‘belong’.

In tribute and memory of the 75th anniversary of the Partition of India comes an exciting look at the vast history of India, Pakistan, Bangladesh and Britain in Lands of Belonging.

Published in July 2022, this fascinating book pieces together the surprising, intriguing and sometimes sad stories of South Asian countries.

Likewise, it explores how these nations have shaped one another, including Britain, which had a pivotal role in certain country relationships.

The essence of Lands of Belonging surrounds the telling of the same story and how you tell it depends on your viewpoint.

Some stories are difficult or complicated to explain and others aren’t told at all.

Looking at vast empires, innovative inventions, immigration, British rule and much more, this book intertwines four countries and their impact on people and culture.

This is the brainchild of Donna and Vikesh Amey Bhatt. Inspired by their two sons, they wanted a book that would appeal to the younger generation.

It’s known that the history of South Asia is not discussed much in classrooms.

Therefore, with the help of South Asian and Modern Britain historian, Rajbir Hazelwood, the three published Lands of Belonging to fill that void.

Using vibrant colours, vivid illustrations and engaging stories, this book is a gripping and vital analysis of some of the world’s most historic periods.

A Sense of Belonging 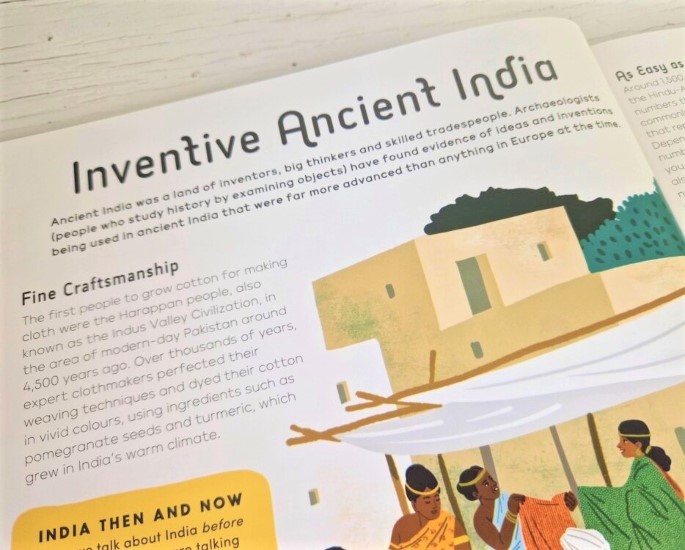 The consistent theme throughout the book is a sense of belonging.

Before the writers dive into the main body, they ask “what makes you, you?”. They really want to hone in on identity and allow the readers to start thinking about their roots.

To make Lands of Belonging more personal, Vikesh Bhatt dives into his history as the book reads:

“He was born in Ealing…to parents who had arrived in the United Kingdom from Tanzania…whose own parents fled Gujarat in India.”

Straight away, the reader questions their own family history about where they’re really from. It sets the foundations of the book.

Especially for younger people who may not know too much about their background, the book proceeds to expose the history needed for them to understand how they got to where they are.

There is significance put on India, but this is because the authors want people to know that India, Bangladesh and Pakistan were once one country.

Although, the book doesn’t shy away from highlighting the vast beliefs and values within the country at the time.

Emphasising different empires, customs and religions that embody the country allows readers to understand the depth South Asia has.

As the book progresses, the reader gets to know more about how certain influences, specifically Britsih, led towards the Partition and the birth of Pakistan.

The emphasis put on certain figures like Muhammad Ali Jinnah, Cyril Radcliffe and Mahatma Gandhi provide enough detail without overwhelming the reader on these issues.

It’s like you are on a timeline and see how some South Asians ended up in Britain. Even here, Lands of Belonging dives into the impact of South Asians on British culture.

Therefore, by the time one reaches the end of the book, they’ve gained a clearer picture of where and how they belong.

A Look at History 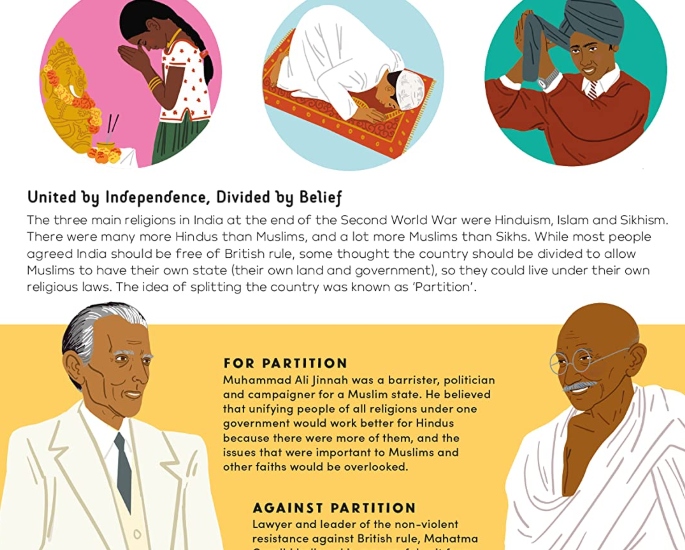 Of course, the other main component of the book is the in-depth look at India, colonisation, immigration and British Asian culture.

These periods of history build layers of how countries were formed and how the legacy of their people was impacted by certain moments.

The writers do well to signify how important the past is and understand what took place hundreds of years ago.

“When we talk about India before 1947 in this book, we are talking about the lands of India, Pakistan and Bangladesh.

“Before this date they were all one country.”

Lands of Belonging go onto the Mauryan Empire, Gupta Empire, Sikh Empire and everything in between.

Without overcrowding the reader with long pieces of text, the writers cleverly use sidenotes and condense descriptions.

For example, as they chronologically explain the essence of the Empires, they have a small sidenote explaining Indian royal names such as ‘Maharani’ (a queen or wife of a king) and ‘Rajah’ (a prince).

The most significant aspect of the book however is the pages that delve into the partition.

It lays the foundation of this in its ‘The World at War’ spread where the writers state India was “fighting for freedom” in WW1 and WW2:

“Indian people were told that fighting for Britain would mean freedom for India – if Britain won.”

It’s this idea of independency that people were either for or against. However, the manner of achieving this was controversial and led to a period of bloodshed and chaos.

Lands of Belonging smartly and delicately aids the reader through the journey of the Partition.

It dives into the different beliefs and different communities that were heavily impacted because of this and what it meant to a land that once housed over 400 million people.

However, it doesn’t shy away from the facts which some may find difficult to accept.

Whilst the book itself is targeting teenagers, adults and maybe even young children, it does highlight the consequences of splitting India into India and Pakistan:

In such vivid illustrations and welcoming language, Donna and Vikesh Bhatt do an amazing job of being truthful, transparent and delicate. 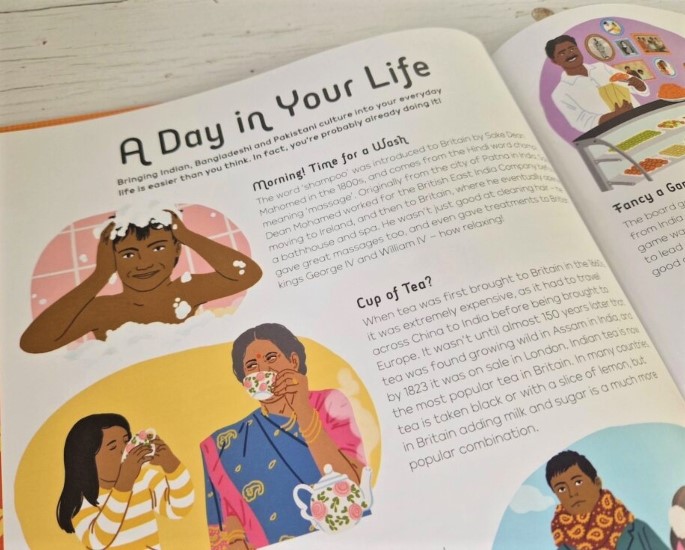 The book goes on to relate all this historical information to the life that many people lead now as British Asians.

Lands of Belonging notes how some of the first South Asians in Britain were lascars (sailors), ayahs (nannies) and merchants.

However, it does well to paint the picture of how this journey was so perilous.

On the other hand, it sheds a light on how some South Asians were taken by force, such as the case of a teenage boy ‘Julian’ from Chennai.

But after the Partition, South Asians started to migrate in large numbers.

Britain supported this as it was in ruins after the World Wars and needed assistance to get the country back up and running:

“There was a particular shortage of people who could work in hospitals, textile mills, airports and transport systems…

“…That is why many South Asian communities are concentrated in particular fields.”

South Asian doctors were also recruited for the NHS and the early doctors and nurses earned as little as £3 (about £100 in modern society) due to strict rules on how much money they could carry.

Given how much these people helped, racism and uprising were still part of the British Asian experience.

Lands of Belonging go into movements like The National Front to emphasise how strife discrimination was (and still is in some parts of the UK).

But, given the torment South Asians received when they first arrived in Britain, the cultures have seamlessly intertwined.

Food, Bhangra, Bollywood and festivals have all made up the British Asian identity.

The book highlights, that’s why people such as Riz Ahmed, Nadiya Hussain and Malala Yousafzai have raise to notoriety.

Whilst they and other notable figures have their own stories, it’s the way in which they represent their heritage amongst the British landscape.

They embody just what Lands of Belonging is about.

The book is like a timeline of events and allows the reader to learn about themselves and where they come from.

They even have a terminology section for those wanting to brush up on their language.

The writers also boast about South Asian celebrations and what each festival means. So, there’s no shortage of information or explanation about cultures.

This is definitely one book to get stuck into.

It’ll open your eyes to a rich and emotional history of South Asia but by the end, provide you with a sense of pride and belonging.

Find out more about the book here.