Jambo Cinema by Dawinder Bansal illustrates life in the 80s. From West Bromwich to Wolverhampton, the project travels to Leytonstone Loves Film Festival.

"I had so much energy and passion for creating the work"

Award-winning producer and artist Dawinder Bansal is the creative brain behind the project Jambo Cinema. This is an impressive artwork, reflecting the eighties period.

Jambo Cinema began in 2015 with Dawinder exploring stock from her dad’s old VHS shop. She came to realise that it was an important part of South Asian social history.

The project portraits the artists’ story. It is an installation that shows the 1980s residence of “aunty and uncle Bansal.”

It also highlights the humble beginnings of her family moving from Kenya to the UK, particularly their love for films.

Dawinder believes people from all walks of life can resonate with the story or be curious about British Asian lives during that time. The artist speaking about her passion for movies said:

“Film and music has been part of my life for as long as I can remember.

“As a young girl, I watched so many Bollywood films that gave me a sense of wonder, joy, amusement and they were always full of so much drama.” 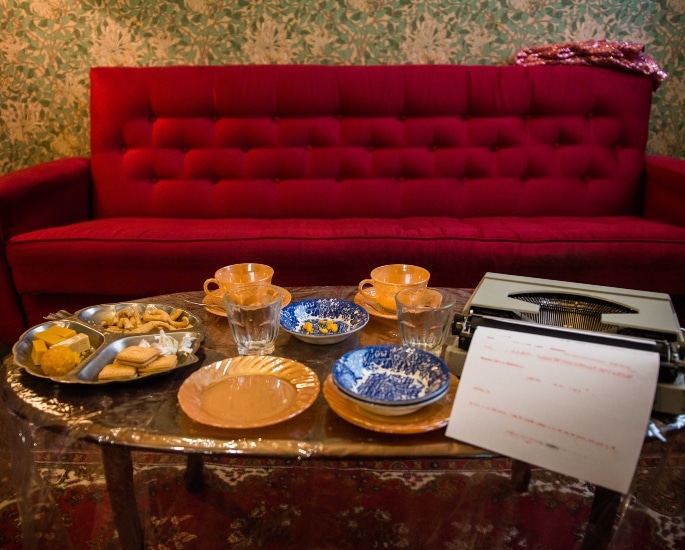 The project got underway on a much smaller scale as a pilot, showcasing at West Bromwich Library in 2016. A year later, the project had a launch at Wolverhampton Town Hall.

The project has been commissioned by Barbican as part of Leytonstone Loves Film festival, a festival taking place in London during September 2019.

DESIbitz explores the project in more depth, when it all began, reactions from the audience and Leytonstone Loves Film.

The Story of Jambo Cinema 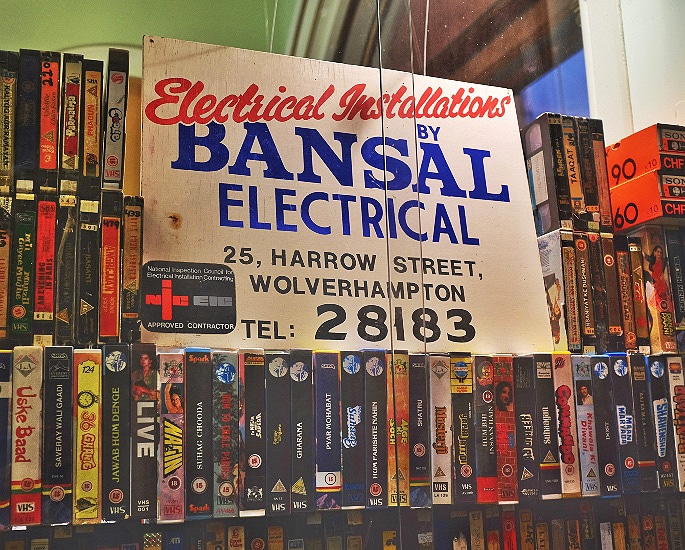 As a project, Jambo Cinema is an immersive installation that showcases the lives of South Asian communities across the UK in the ’80s. It also highlights the importance of Bollywood VHS rental shops in the UK during that time.

Jambo Cinema is inspired by the personal experiences of the artist, Dawinder Bansal. She grew up in her parents’ corner shop, Bansal Electrical, which came to a closure in 1989. The is after the sad passing away of her father.

The store was renting out electrical supplies and VHS video-films. Members of the Indian and Pakistani communities from Wolverhampton and the West Midlands were the prime customers.

Dawinder talking about Jambo Cinema and where the name came from said:

“Jambo Cinema is literally translated to ‘Hello Cinema’ which pays homage to both the project and also my own heritage of Indian-Kenyan background.

“To me is a friendly word that is welcoming everyone into the art installation as well as acknowledging my Kenyan heritage.”

The underlying message in her work revolves around human connections. She also teaches how to overcome loneliness at a point when people feel they have no time.

Dawinder sheds light on what it meant to watch films during the golden era of Bollywood:

“It was a time I feel that people were more connected through limited, simple and shared experiences such as watching films because it was affordable and fun.

“While it’s great that there is so much entertainment available now, it’s also true that we are less connected.”

Reflecting a time when people had so many activities, the artist continues saying:

“For example, a family could be in the house watching different programs in different rooms.

“Jambo highlights that one TV set was actually enough. If you didn’t like what was on TV, you could occupy your time with activities in the real world.” 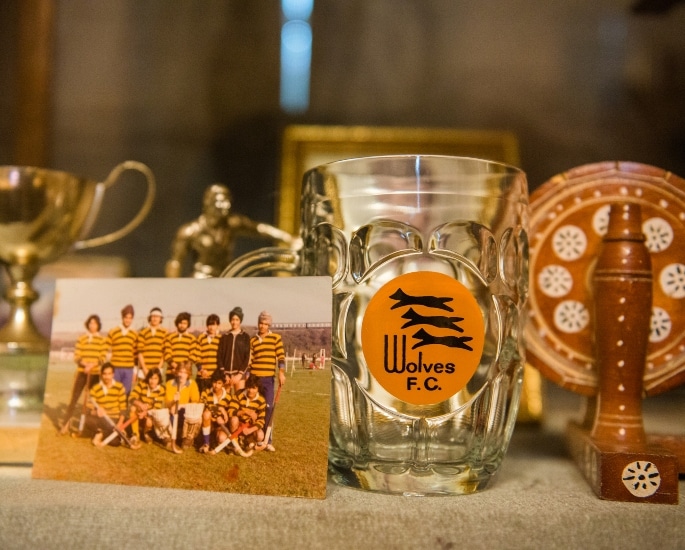 The pilot phase of Jambo Cinema took place on August 13, 2016, at West Bromwich Town Hall, Mayors’ Parlour. Guests were dropping by throughout the afternoon to see the mini installation.

At the event, the artist spoke about her story and how it was like growing up in the video film shop.

The project was part of the 2016 Sandwell Arts Festival, which included plenty of other events. People were greeted with chai (tea) and samosas.

Touching on about how the project all began, Dawinder mentions:

“Jambo Cinema for me started off as something which I just wanted to do.”

“I had so much energy and passion for creating the work in a very authentic way.

“This piece of work not only is about South Asian social history, but it’s about a special moment in time when we had less things and more time.”

Wolverhampton Art Gallery were the hosts for the official launch of the project on November 1, 2017. There were many specials guest in attendance at this event, including legendary Bhangra lyricist, Jandu Litternwala. 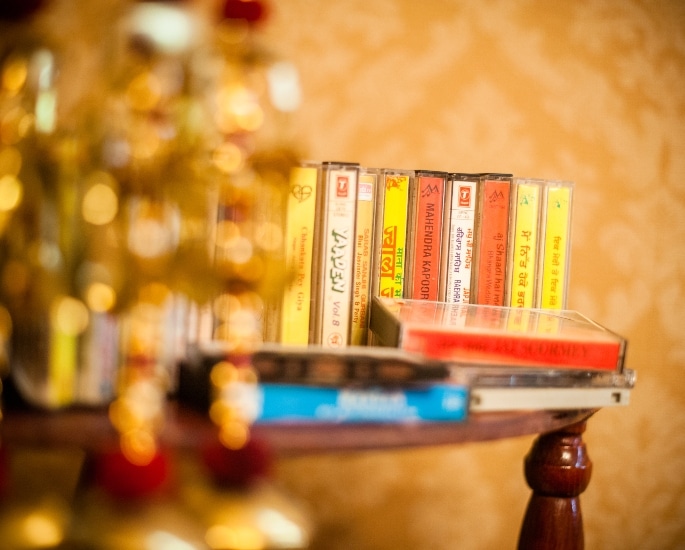 People who have already had the opportunity to immerse themselves in the project, spoke positively about it, sharing their memories from the 80s. Travelling back in time, S. Grewal states:

“It’s like stepping back into a time capsule that transports me back to my own experience of growing up as an Indian in Wolverhampton.

“Loved the sensory experience of it all. From the smell of the incense, the blankets, the plastic covering on the table and the genuine homely feel.

“A wonderful homage to your dad who sounds like he was a great man and a real pillar within the community. Hope to see you take this project further and shed more light on our culture and memories.”

One person sharing their experience of visiting a video shop says:

“I remember going to the local video store with my dad on a Friday to get films for the weekend.

“I was fascinated by the artwork for the horror films but was never allowed to rent them.”

Another visitor highlighting the accuracy the project commented:

“Totally transformed us back to the 1980s when we were a family growing up.

“Simply superb. We can remember the smells, ornaments, the ambiance and the feeling of being together as a family. Thank you Dawinder for letting us view your world.”

Going by audience reaction, Jambo Cinema is a popular concept, which has become a super-hit. 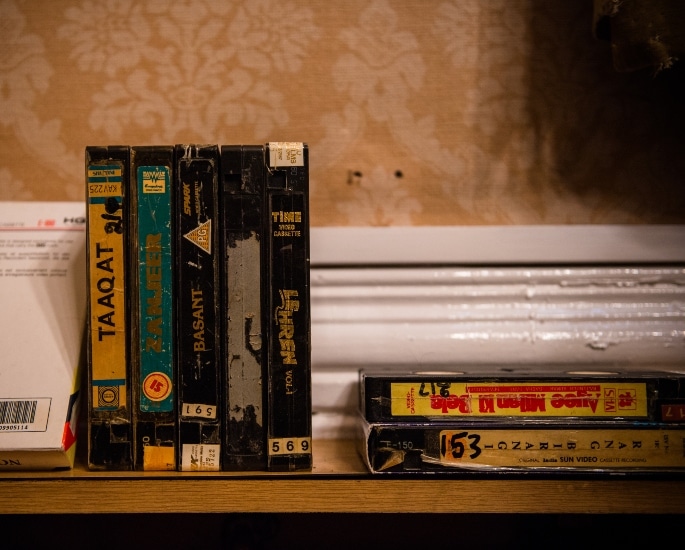 According to many, Jambo Cinema is like a time capsule. Those wanting to experience how life was like for British Asians in the ’80s will head to the Leytonstone Loves Film festival.

The Octagon Room at the Leytonstone Library plays host to Dawinder and everyone attending. This installation provides the perfect opportunity for people to see the Indian-Kenyan residence of “aunty and uncle” Bansal” in the ’80s.

Jambo Cinema is a very family-friendly idea, ideal for people of all ages and backgrounds. As per etiquettes, people have to take their shoes off first, prior to viewing the installation.

Leytonstone has a deep connection with film art.

The city is the birthplace of world-famous Director and Producer, Alfred Hitchcock. 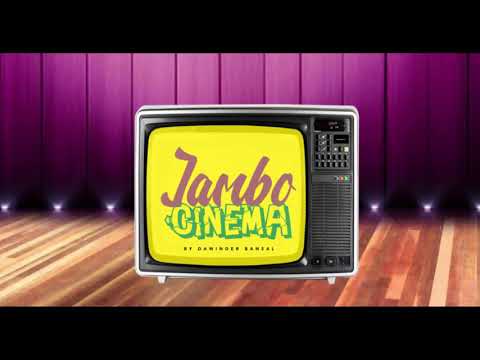 Jambo Cinema will be heading to New Art Exchange in January 2020, in Nottingham. It will be there until mid-march 2020. The project has the potential to go global, especially to it its roots, Kenya.

From the decorations, the smells and the movies, every detail in Jambo Cinema is meant to resemble the lives of most British Asians’ at that time.

In fact, fans of classic Bollywood films will enjoy the experience and vibes from the 80’s. People curious about that era will also get to learn a lot.

Click here to know more about Jambo Cinema, and start preparing yourself for the walk down memory lane, courtesy of  Dawinder Bansal.