Sundeep Kaur, a mother of a young child, took her own life after being continuously harassed by her father-in-law in Punjab.

A tragic case of suicide by an Indian woman named Sandeep Kaur has been registered with Punjab police.

Upon receiving the news of the fatal death, people in large numbers and the village council’s leader (sarpanch) Sohan Singh arrived at the scene.

Mehtiana police station was then informed of the suicide of Sundeep Kaur, the wife of Amrinder Singh from the village of Sahri in Hoshiarpur, due to ongoing harassment from her father-in-law.

Police immediately arrived at the residence and took Sundeep Kaur to the civil hospital.

On the morning of Wednesday, May 1, 2019, family and relatives of Sandeep arrived at the civil hospital complex.

Sandeep’s family from her mother’s village Lamay, a relative Hoshiarpur Singh and the village sarpanch Surinder Singh, assisted to file a serious complaint against her in-laws.

Sarpanch Surinder Singh told media that Sandeep Kaur got married to Amrinder Singh about five years ago, on October 21, 2015.

Amrinder worked for a company where he was required to perform demanding duties. So, he was away for the day.

Soon after him leaving, Sundeep’s father-in-law, Balwinder Singh, would constantly harass her inappropriately and swear at her. Making her life extremely difficult.

Instead of being able to communicate the issues she faced with her husband, she took her own life.

On Tuesday, April 30, 2019, when Sundeep’s father-in-law, Balwinder Singh tried to harass her, not being to cope any more, she left her two-and-a-half-year-old daughter outside a room and locked herself in, where she tragically hung herself. 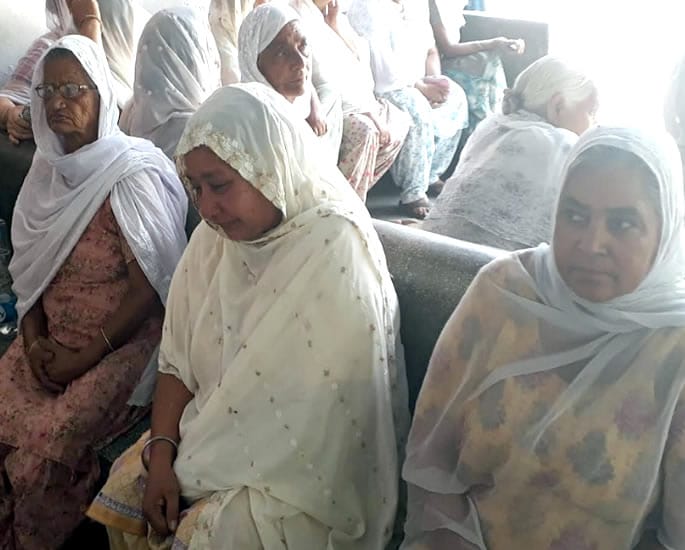 Sundeep’s mother, Balwinder Kaur, who was at the hospital, cannot come to terms with the devastating death of her youngest daughter and is constantly upset.

Her mother said that after Sundeep’s father, Gian Singh’s death, she was living at her mother’s village, Lamay, before her marriage.

She said that when she visited, Sundeep did tell us that her father-in-law was swearing at her and harassing her in a wrong way, which is being perceived as sexual harassment.

Her family strongly feel that she took the step of suicide because of the inappropriate behaviour towards her by her father-in-law.

Based on the accusations made by Sundeep’s family, Mehtiana police took action and have arrested the father-in-law, Balwinder Singh.

Police say that based on the details of the case, Balwinder Singh has been remanded in custody and charged with abetment of suicide under section 306 of the Indian Penal Code.