Pashto singer Nazia Iqbal has come under pressure from her mother to pardon her brother who is sentenced to death for sexually abusing her daughters.

"I did what every mother should do."

The Pakistani Pashto singer Nazia Iqbal whose brother, Iftikhar Ali, is sentenced to death for sexually abusing her daughters has come under pressure from her mother to pardon her sibling.

On April 25, 2018, Nazia registered a complaint against her brother at Rawat police station accusing her brother of sexually assaulting and molesting her very young daughters over some months.

Police state that in one instance, the mother actually caught her brother Ali, who was 19-years-old at the time, abusing her daughter at Nazia’s home in Bahria Town, Rawalpindi.

In the statement, Nazia said that she is the mother of four children, two boys and two girls, and she called her brother from Swat to come to her home in Rawalpindi to look after them while she and her husband were away performing at functions.

But instead of looking after them as their uncle, he abused his young nieces, and to keep them quiet, he scared them by showing them scary films and threatened to kill them if they told anyone.

She also posted a video on social media requested people to support her and for the authorities to arrest him. She said:

“My daughters are completely traumatised. They still say their uncle is going to come and kill them.

“I do not want this happening to any other children.”

Subsequently, police arrested 21-year-old Ali. DNA tests confirmed that the girls were sexually abused by him.

In April 2019, a court hearing in Rawalpindi sentenced Iftikhar Ali to death for subjecting Nazia’s two young daughters to sexual abuse over the period of several months.

After the verdict, Nazia hailed it as a step in the right direction, saying:

“Truth has prevailed and justice has been served. Verdicts like the one about my brother serve a bigger purpose of keeping the future of young girls in our society bright and safe.”

“Bravo! What a brave step she has taken. Specially, in a society where women are expected just to increase the population.”

“I hope every where in the world these people are given death sentence, they dont deserve to live”

“Wow great news as far as justice is concerned but what a sad day for a sister to see her own brother sentenced to death. It must be hard for her but I think she did the right thing. Such monsters should not be allowed to walk in our streets.”

But since the verdict, Nazia has been getting tremendous pressure from her family and especially her mother, telling her to pardon Ali for the crimes. 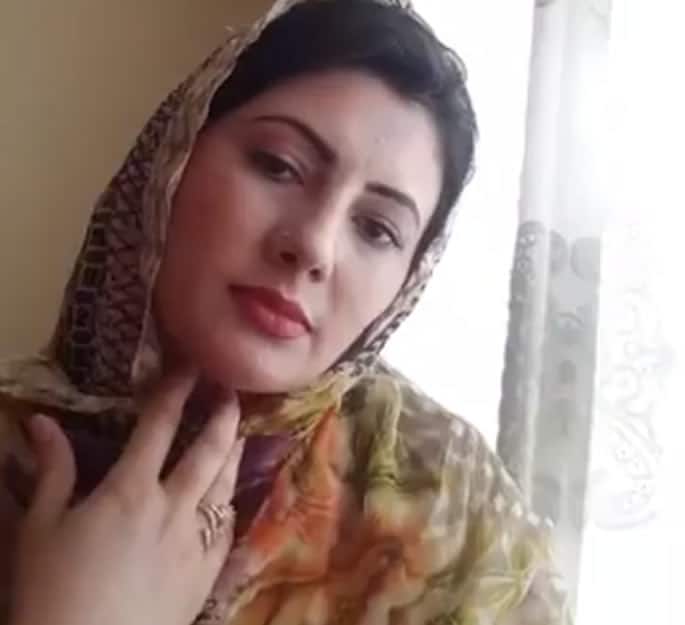 Nazia refused her mother’s plea initially but then took to social media and posted a video message in Pashto on Facebook saying:

“My mother is begging me to spare my brother’s life for her sake.”

“I did what every mother should do. At least now mothers, daughters and sisters will be careful about not just the people they meet and greet but also their immediate family members

“I fought a long and tedious battle in the court and Allah blessed me with justice,”

“I request others to stand up for their children and protect them from the beasts wandering around in our society.”

Reactions to her video from her followers have been divided.

Some say her decision was correct and she should not be swayed by family or anyone. Others are abusing her and saying that she has given her family a ‘bad name’.

“If u let him out, he may do this go some other kid. Let him be there.”

“The brother must be punished”

“I have respect for your mother but please I want punishment for your brother because he is big crazy man.”

“not be trusted because she is an artiste and has overblown the issue.”

“nothing is more important than fulfilling the wishes of a mother. You honoured your motherhood by exposing your brother and now you should let your mother have her peace by forgiving her son.”

The decision now ultimately lies with Nazia because she is the mother of two daughters who were sexually abused by a family member, whom she trusted.

Nazhat is an ambitious 'Desi' woman with interests in news and lifestyle. As a writer with a determined journalistic flair, she firmly believes in the motto "an investment in knowledge pays the best interest," by Benjamin Franklin.
Lady Teacher Cuts off Hair of Students in Pakistan
Indian Wife commits Suicide Harassed by Father-in-Law