Ritu Bala from Hoshiarpur in Punjab filmed a video message before committing suicide and blamed her father-in-law and brother-in-law for her death.

An Indian woman, named Ritu Bala, from the village of Bhattian Rajputan in the Hoshiarpur district of Punjab committed suicide, which she filmed on video before her demise.

In the video, she clearly states her father-in-law, Prem Singh, and brother-in-law (devar), Vishal Kumar alias Shelly, are both responsible for her death due to the harassment they endured her through. Its possible this included sexual harassment as well.

Ritu sent the recorded video on WhatsApp to her brothers before taking her own life. The brothers received the video on Friday morning after her death.

In the video, Ritu says that her father-in-law said wrong things to her and along with her brother-in-law both acted wrongly towards her. This is the reason why she was suicidal.

The brothers of Ritu then went to the police with the video and registered a case against Ritu’s father-in-law and brother-in-law.

In the complaint to police, Ritu’s brother Gurdial Singh a resident of Fatu Barkat Bhani Mian Khan village in Gurdaspur explained all the circumstances to the officers. 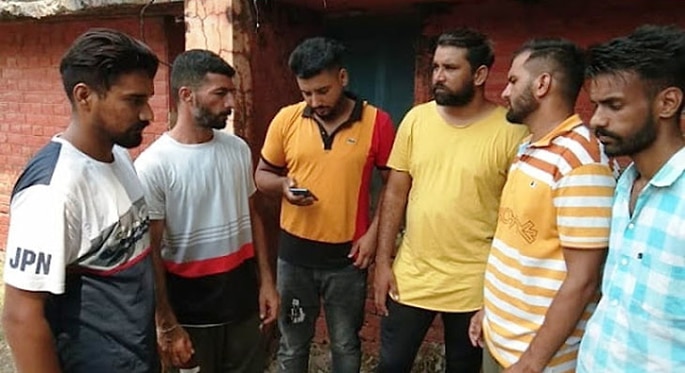 Singh said that his brother-in-law Sukhwinder Singh worked at a service station in Mukerian city in Hoshiarpur, away from the village, and the couple had a three-year-old son, their nephew.

Their marriage was good and Ritu was doing well with her husband.

However, she told her husband that her brother-in-law and father-in-law both were harassing her without any reason.

Ritu called Sukhwinder on many occasions telling him of her anguish and issues within his family but he used to convince her that everything would be alright and did not take it seriously.

At around 6.00pm on Thursday evening, Ritu’s family received a phone call from Shelly, the brother-in-law that Ritu had taken poison.

The family, including Ritu’s parents, Deep Raj and Kanta Devi all rushed to the Civil Hospital in Mukerian. The doctors at the hospital tried to give her quick aid but did not have the facilities so they referred her to a hospital in Jalandhar.

On the way to the hospital in Jalandhar, Ritu Bala died. Her body was then kept at the civil hospital.

A spokesman for Mukerian police, Uttaranchal Singh, said that based on the video evidence received by the brothers from Ritu Bala before she took the poison, they were satisfied that a case needs to be registered against Prem Singh, the father-in-law and Vishal Kumar, the brother-in-law.

Nazhat is an ambitious 'Desi' woman with interests in news and lifestyle. As a writer with a determined journalistic flair, she firmly believes in the motto "an investment in knowledge pays the best interest," by Benjamin Franklin.
1.5kg Hair Removed from Indian Woman’s Stomach who Ate It
Indian Son & Accomplices kill Mother suspecting Her of Affair