A 20-year-old rape victim in Bathinda, Punjab, has given birth to a baby after accusing two men of repeatedly raping her, who are now in custody.

"The victim has alleged that she used to be raped at gunpoint."

A 20-year-old woman gave birth to a baby boy at a hospital near Bathinda in Punjab, India.

It’s been confirmed on February 14, 2019, by Bathinda police that DNA tests will be carried out on two men who are accused of raping her.

The rape victim lodged a police report (FIR) against Patwari Jagjit Singh and a second man, Jagga Singh Veroke, who was the accomplice in the sexual assault on her.

She accused the men of repeatedly raping her in 2018, which led to her getting pregnant.

Currently, the two men are in custody at Nathana police station. A police officer from the station said:

“Jagjit and Jagga are in jail and DNA test will be conducted to determine the father of the 20-year-old’s child as she has accused both of raping her.”

After giving birth to the baby, the rape victim is suffering from resentment. The baby boy is with her currently but she is not welcoming of him and refuses to keep him because she says she is unmarried and full of shame.

She is not assuming any motherly duties of the child and is reluctant to breastfeed him.

She says the baby should be the responsibility of the rapist and handed over to them.

In the same jail, ironically, where Jagga and Jagjit are locked up, is also the mother of the rape victim, Malkiat Kaur, who is accused of murdering Manga Singh, the uncle of the raped woman.

The mother was aided in the murder by men named Antar Singh and Totti Singh, who are also both imprisoned with her. Their case is completely separate but there could be a connection. 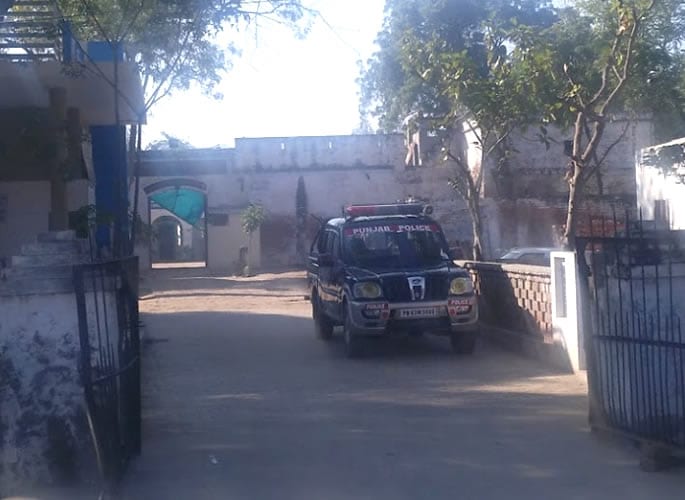 The rape victim and her mother moved to the Lehra Bega village in Bathinda two years ago. This was after her mother married Manga Singh’s brother Nath Singh, which happened after losing her first husband, the victim’s father.

A local villager, Bachitar Singh told media that there was more to the story. Stating that Manga Singh and Nath Singh were both deaf and mute, he said:

“The family had a dispute over five acres of land, due to which they came in contact with Patwari Jagjit.

“However, the land was never transferred in their name, rather two years ago, 3.25 acres of their land was to be acquired by Punjab government for making a dana mandi.

“Even at that time, they did not get any compensation as the patwari and his friend Jagga got it transferred in their names.”

Indicating that Jagjit and Jagga both played a part in the relationships of the victim’s mother.

Allegations are being made that Jagga and Jagjit were both having an illicit affair with the mother, Malkiat Kaur, of the victim. Due to this they then took advantage by exploiting her daughter.

Manga Singh was not seen since November 2018. He was then found murdered in December 2018 in his fields.

Shingaara Singh Mann, the president of the village council, told media that they were trying to get the compensation for Manga and Nath but Manga was murdered, saying:

“In January, the 20-year-old, who was eight-month pregnant by then, got a complaint lodged against Jagga and Jagjit for repeatedly raping her in Bathinda.

“One Sarabjeet Kaur, an acquaintance of the patwari, used to take her to Bathinda. However, Sarabjeet has not been arrested.

“The victim has alleged that she used to be raped at gunpoint.”

The officer at the Nathana police station said the truth related to Manga Singh and the victim’s mother will be addressed in court proceedings in their case.

While the DNA tests will reveal who is the father of the baby the rape victim gave birth to.

Baby image for illustration purposes only.