A police car chase ensued in Bradford where a child was in the car with a child sex groomer. Ahmed Leghari has been jailed.

"She wanted to have sex and she got it."

Child sex groomer Ahmed Leghari, aged 21, of Fagley, Bradford, has been jailed for seven years and nine months after a police car chase with the vulnerable victim inside his vehicle.

Bradford Crown Court also heard he had sex with the girl in a caravan outside his home.

Leghari persisted in seeing the 15-year-old when he was on bail and subject to a Child Abduction Warning Notice.

Prosecutor Jonathan Sharp said Leghari smoked cannabis with the teenager. He also gave her a sexually transmitted disease after having sex with her twice.

Mr Sharp explained that the girl was vulnerable and at a high risk of sexual exploitation.

She started sneaking out of her home to meet Leghari and she secretly acquired a new phone to communicate with him. The victim’s mother tried to warn him off but he ignored her.

Leghari and the girl had sex in the caravan in September 2018. Mr Sharp said the vehicle was treated by Leghari’s family as his “private territory”.

The police found Leghari lying on a bed inside the caravan and the girl hiding in a storage space underneath.

A thong was discovered in the caravan which had Leghari’s semen on it and the girl’s DNA.

Leghari made no comment in his police interview and was bailed. He was reminded of the girl’s age and given the Child Abduction Warning Notice.

Five months later, Leghari had sex with the girl again, this time at a flat in Bradford. She answered the door to a relative in her dressing gown and he ran out of the bathroom.

He was arrested and when questioned, Leghari said: “She wanted to have sex and she got it.”

Three days later, Leghari led the police on a late-night police chase across Bradford for five miles. The girl was inside the car in her dressing gown.

Two police cars and a helicopter chased Leghari up to 70 mph. He ran red lights and forced another driver to swerve out of the way.

He suddenly drove down a dirt track into a wooded area. He abandoned the car and was caught walking with the girl towards his home.

Leghari denied driving the car or being with the girl, saying he had been in bed all day and “went out for a little walk”. 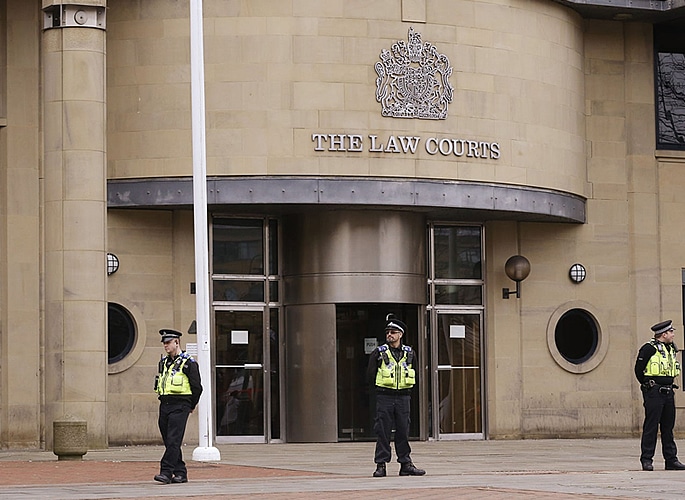 The victim’s mother said Leghari had ruined her family’s lives.

A victim impact statement read: “She was my little girl. I am heartbroken. I just want this to be over.”

Leghari pleaded guilty to two counts of sexual activity with a child, possession of cannabis, dangerous driving and driving while unlicensed and uninsured.

His barrister, Jayne Beckett said he believed he loved the girl.

“He felt he was in a relationship even though it was an inappropriate and illegal one.”

“He had very deep-seated feelings for this complainant.”

“You and others must understand that Parliament and the law has determined that a child under 16 is not old enough and mature enough to make an informed decision to engage in sexual activity.”

Leghari had answered the “vulnerable and fragile” girl’s need for love and affection by grooming her, giving her cannabis and having sex with her.

Ahmed Leghari was jailed for three years for the first sexual offence, four years for the second and nine months for dangerous driving, to be served concurrently.

He was also given one month for possession of cannabis, to be served concurrently, and banned from driving for five years and 10 months.

Judge Rose also made a Sexual Harm Prevention Order without limit of time and Leghari must sign the sex offender’s register.

He also ordered the Citroen car that Leghari drove illegally to be seized.

Dhiren is a journalism graduate with a passion for gaming, watching films and sports. He also enjoys cooking from time to time. His motto is to “Live life one day at a time.”
Rape of Twinkle Sharma aged 3 Sparks Outrage in India
Indian Air Hostess raped by fellow Airline Staff Member