The fifth annual DSC Prize for South Asian Literature 2015 will take place in India on 22nd January, 2015. DESIblitz reveals the shortlist of nominees.

“The DSC Prize is highly regarded and world renowned in the field of literature.”

Joined by the world’s literati, the shortlist for the DSC Prize for South Asian Literature 2015 was unveiled at the London School of Economics (LSE) on Thursday 27th November 2014.

In its fifth year running, the DSC Prize celebrates South Asian literature and the authors who write about the region and its people.

Organised by India’s leading infrastructure developer DSC Limited, the prize is highly regarded and world renowned in the field of literature.

The shortlist was announced at LSE’s Shaw Library, by an international jury, chaired by reputed Indian author and poet Keki N. Daruwalla. 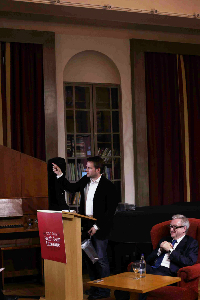 Authors from India and Pakistan dominate the shortlist, with two nominees from each country. They are joined by a Sri Lankan born British author, to make up this year’s five nominees.

From a total of 75 initial entries, the jury narrowed down the pool to a longlist comprising 10 books. Then a shortlist of five was selected after careful consideration and deliberation.

Daruwalla said: “It was a difficult task to zero in on a shortlist from an enjoyable, if formidable longlist. There were two first novels as well as novels by established writers and a translation.

“There were moments of great beauty in the multiple narratives and the jury was impressed by the deep structure of each book and the way characters were developed.

“All the novelists engaged with rich, historical and experimental traditions of storytelling. The landscape in all the novels was quintessentially South Asian.

The authors’ originality also impressed the jury, who was “glad to find that the plots were uniformly organic and the writers did not succumb to formulaic writing.”

Surina Narula MBE, a philanthropist, business entrepreneur and co-founder of the prestigious DSC Prize, praised the nominees for 2015:

“The depth, creativity and unique narrative of each novel is indeed both impressive and inspirational in turn.”

Driven by her passion in literature and belief in recognising and developing talents, Ms Narula founded the DSC Prize with her son Manhad Narula in 2010. 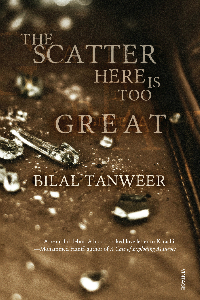 It has significantly improved the profiles of high quality literary works that focus on South Asian history and society, written by authors of South Asian and other ethnicities.

Ms Narula said: “It is the aim of the DSC Prize for South Asian Literature to promote the rich diversity of this genre in all its myriad forms, as well as to nurture new writing talent and to acknowledge some of the literary world’s greatest, established writers, who continue to light the way for others to follow in their mighty footsteps.”

The Scatter Here is Too Great is a daring debut by Pakistani author Bilal Tanweer. By employing a unique narrative, the novel explores the complexities of his home city – Karachi.

Another notable contender is Pulitzer Prize winner Jhumpa Lahiri’s The Lowland, which examines the socio-political realities in India through a tale of two brothers.

Here is the full Shortlist for the DSC Prize for South Asian Literature 2015:

The lucky winner will be rewarded with a coveted prize of $50,000 (£32,000) and the opportunity to promote their works to a more international audience. 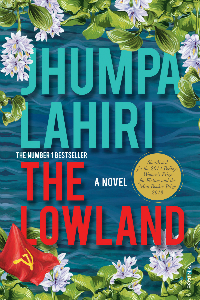 Having won the DSC Prize in the previous two years, India seems to have an upper hand. Cyrus Mistry received the award for Chronicle of a Corpse Bearer in 2014, while Jeet Thayil won with his Old Bombay-set Narcopolis in 2013.

But India should not underestimate its peers. When HM Naqvi was honoured for his work in Homeboy in 2011, Pakistan became the prize’s inaugural winner. The following year saw Shehan Karunatilaka from Sri Lanka taking home the award for Chinaman.

The fifth annual DSC Prize for South Asian Literature 2015 will be awarded at the Jaipur Literature Festival in India on Thursday 22nd January 2015.

So there is no reason to expect any different this time, with best-selling authors Amish Tripathi and Ashwin Sanghi already in the line-up!

DESIblitz congratulates all five authors on their nominations and remarkable effort in portraying South Asian culture in a positive light. Good luck to all of the nominees!

Scarlett is an avid writer and pianist. Originally from Hong Kong, egg tart is her cure for homesickness. She loves music and film, enjoys travelling and watching sports. Her motto is “Take a leap, chase your dream, eat more cream.”
Behind the Beautiful Forevers stars Meera Syal
Top 5 Indian Thriller Authors