The DSC South Asian Literature Festival focuses on the literary produce and success of writers from a Indian, Pakistani, Bangladeshi, Sri Lankan and Nepalese background. It celebrates storytelling within a diverse multicultural society in the form of words, images, dance and art.

"Children therefore will benefit hugely from a festival like"

The DSC South Asian Literature Festival claims to be the only definitive Asian literature festival. The festival kick started at the Multicultural Arts and Music Centre in Bethnal Green, encompassing all that South Asian literature has to offer today with a few surprises thrown in. Followed by events at various locations around London.

The blurb on the festival programme states that “The DSC South Asian Literature Festival is dedicated to showcasing the rich and varied culture of the South Asian subcontinent from India and Pakistan through to Bangladesh, Sri Lanka and Nepal. The festival will present a unique storytelling heritage in all its form from the written word through to imagery, film, music, dance and art.” 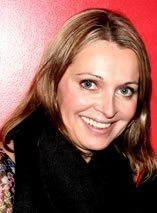 Speaking about the event, Nikki Bedi, said: “For a number of years on the BBC Asian Network, I read at least a book a week in order to bring Asian themed literature, authors, and South Asian knowledge to a wide audience of listeners. Most of those listeners were British Asians and I see the huge potential. The DSC South Asian Literature Festival has, to engage not only this community, but also a far reaching group of readers worldwide who are interested in a more varied look at lives and cultures.”

She added. “Children therefore will benefit hugely from a festival like this and the new writers it will promote. This first line up is extraordinarily broad and brave and I’m delighted to see Nikesh Shukla up here alongside established novelists like Roma Tearne, who taught me more about Sri Lanka through her novels than any amount of history study could have.”

The events at Rich Mix included a series of talks to highlight the issues around South Asian Literature. ‘Breaking the Language Barrier: Festivals in Translation’ looks at the role of festivals in breaking down the language barrier. It especially examines the dominance of the English language and how foreign writers can overcome this to break into the international market. 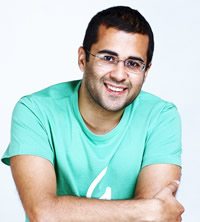 Chehtan Bhagat – the Nick Hornby of India who catapulted into stardom when two of his books were adopted for Bollywood screenplays, will appear in the discussion ‘When Books Meet Cinema: Bringing Literature To Life on the Big Screen.’ Bhagat’s ‘One night at the call centre’ was adapted to the Salman Khan starrer ‘Hello.’ “Five Point Someone – What not to do at IIT!” was adapted by Chetan into the award winning Bollywood film 3 Idiots, starring Aamir Khan.

Amit Chaudhuri, author of The Immortals, Afternoon Raag and A New World, revealed a new side to his talent in a musical concert entitled Found Music. A classically trained musician, he will be playing raga, jazz, rock, blues, techno and disco described as “one of the most original and exciting sounds in contemporary music today,” by critics.

At Q books, the festival will hosted a review of the Indian comic book industry. ‘A Visual Renaissance: The Rise of Graphic Novels in South Asia’ will be attended by Paul Gravatt the graphic novel expert. Farukh Dhondy, the Indian Parsi author of Two Kinda Truth and author of Channel 4’s seminal series Tandoori Nights, talked about the differences in Indian and Pakistani literature in ‘Worlds Apart’ at the Rich Mix bar. 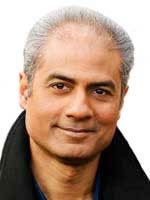 George Alagiah appeared at the talk ‘Journey to South Asian: Land language and Imagination.’ Alagiah, of Sri Lankan heritage, has published an autobiography about his childhood in Ghana. Known as a populat newsreader on the BBC, he is also one of BBC’s leading foreign correspondents reporting from Rwanda, Iraq, Afghanistan and Sierra Leone. Comedian, writer and broadcaster Hardeep Singh Kohli will also be speaking at the event.

The short list will be announced at the DSC festival and the final winners announced at the Jaipur Literature Festival. The winner will receive the prestigious US$ 50,000 DSC Prize for South Asian Literature, from the leading infrastructure firm DSC Limited.

Speaking on the occasion, Chairperson of the Jury, Nilanjana S Roy said:

“What makes the DSC Prize for South Asian Literature unique is its recognition of the distances – geographical and emotional – that South Asian fiction has spanned in the last few decades.” 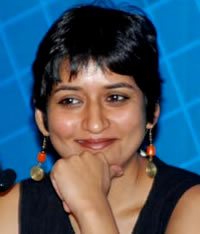 “By opening up the category of South Asian fiction to authors regardless of nationality, the Prize has created a far more interesting way of reading fiction from and about the region than we’ve ever seen before. It will ultimately function as an essential reading list for anyone who has an interest in Asian culture, politics, history and fiction. We began our reading as members of the jury with an unspoken question in our minds: is there such a thing as “Asian writing”, or “the Asian novel?” The answers to that question are fascinating, for readers and writers alike,” Nilanjana added.

Anjali Joseph, Bhavit Mehta, Farahad Zama and Hema Macherla appear as a panel at Leicester University to present ‘Love in the Modern Age’ discussing the influence of marriage (arranged or otherwise), sex, family and relationships in South asian writing. Authors will present readings and conduct an audience participated session.

The festival is taking place between 15th-25th October 2010 in London and 26th-31st October 2010 in the rest of the UK. For more details see the DSC South Asian Literature Festival webiste.

S Basu wants to explore the place of Indian diaspora in a globalised world in her journalism. She likes being a part of contemporary British Asian culture and celebrates the recent flourishing of interest in it. She has a passion for Bollywood, Art and all things Indian.
Ila Arun in The House of Bilquis Bibi
The changing spectacle of Diwali