Anuradha Roy has won the sixth annual DSC Prize for South Asian Literature in Sri Lanka on January 16, 2016 with her evocative novel, Sleeping on Jupiter.

“It raises many issues succinctly and with commendable economy of words.”

She receives her trophy and prize money (US$50,000 / £35,000) from Sri Lanka’s Prime Minister, Ranil Wickremesinghe, at the Fairway Galle Literary Festival.

“Many people asked me today if I knew I had won the DSC Prize before the announcement came. I didn’t. I had no idea and was stunned to hear my name.

“The other shortlisted books, many of which I have read, are strong and beautiful, and I had not thought mine stood much of a chance.

“I feel honoured and overjoyed that the judges picked my book. And deeply grateful to my publishers, Maclehose Press and Hachette India, for being behind the book so solidly.” 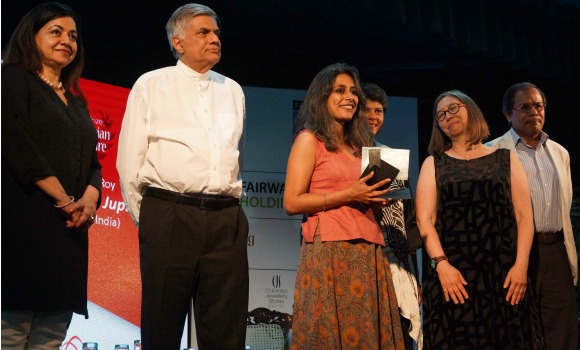 Mark Tully, chair of the prestigious judging panel, explains why Sleeping on Jupiter is the deserving winner of 2016.

He says: “We had a shortlist of six outstanding books. Their excellence made our task particularly difficult.

“We chose Sleeping on Jupiter by Anuradha Roy because of its elegance, flair and readability. It raises many issues succinctly and with commendable economy of words.

“The South Asian setting is described faithfully and evocatively. Among the issues raised are the power of memory and myth, religious hypocrisy, sexuality, abuse and other forms of violence.

“The novel contains powerful portraits of both major and minor characters. We believe this book will be a source of inspiration to other writers.”

Surina Narula, MBE and co-founder of the DSC Prize, also compliments Roy on her outstanding work, which ‘boldly unmask the hidden face of Indian spirituality and the rampant sexual abuse in its unholy confines’, writes The Guardian.

She says: “My heartfelt congratulations to Anuradha Roy for winning the DSC Prize for South Asian Literature 2016. The winning novel highlights the changing dynamics in South Asian life and culture in a unique way.

“It must have been a tough task for the jury members to choose from the six exceptional contenders and arriving at the eventual winner as each one of the novels represents the very best in South Asian fiction writing.” 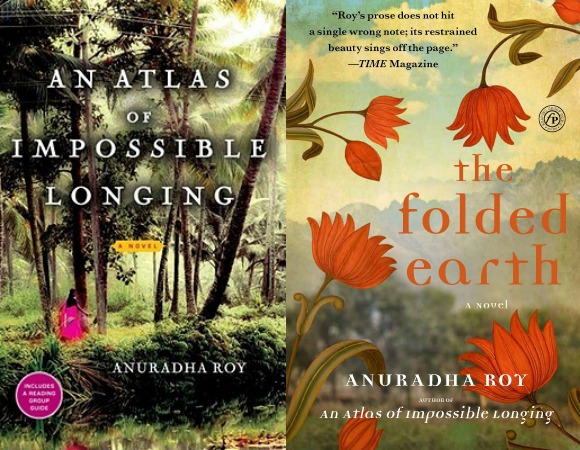 Sleeping on Jupiter was shortlisted for The Man Booker Prize 2015, which was awarded to Marlon James’ A Brief History of Seven Killings.

Her previous novels, An Atlas of Impossible Longing and The Folded Earth, have been translated into many European languages and listed as Editor’s Choice by The New York Times.

The DSC Prize is dedicated to providing a platform for South Asian literature and culture to be known and promoted through the craft of writing.

Regional languages and translated work are welcomed, thus opening up a more authentic and dynamic conversation around South Asian literature.

DESIblitz congratulates Anuradha Roy on her win and looks forward to reading her future work!