Aishwarya Rai Bachchan leaves us in awe of her breathtaking beauty, as she descends on the Cannes red carpet in a bright red Ralph & Russo gown.

Ash reminds us why she is all that matters every year at Cannes.

The evergreen Bollywood beauty steals our hearts in a Ralph & Russo couture gown with a sweetheart neckline, at the premiere of 120 Battements Par Minute (120 Beats Per Minute).

For makeup, she goes for a clean yet fierce look with a black cherry lip shade that perfectly complements her bright red ruffled gown.

Sashaying down the red carpet with the wind in her tousled waves, Ash reminds us why she is all that matters every year at Cannes.

Fans and the media cannot help but swoon over her showstopping appearance, as the age-defying star celebrates 16 years at the prestigious event. 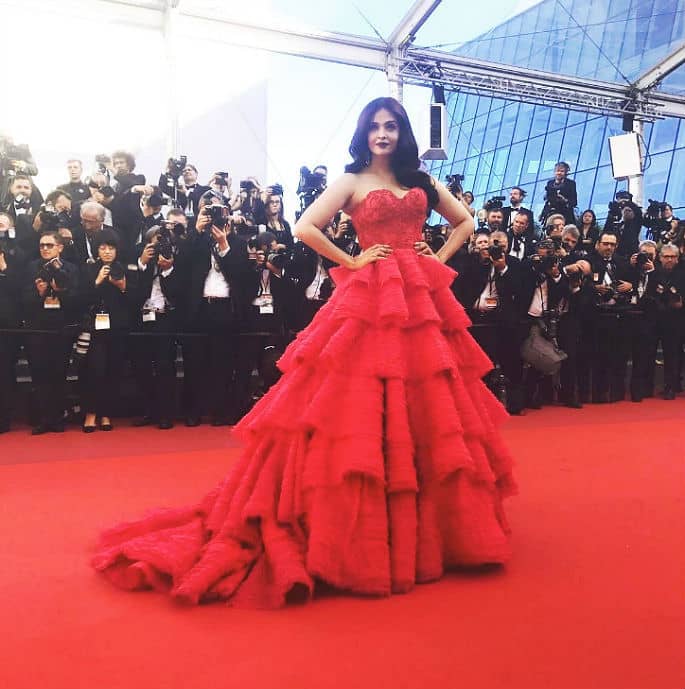 To make this year’s Cannes even more special for the 43-year-old, Ash has the honour to present Devdas at a public screening on the Martinez beach.

Directed by Sanjay Leela Bhansali, the multiple award-winning drama film was shown at Cannes in 2002 and received critical acclaim.

Needless to say, it also introduced the world to the unparalleled beauty of Aishwarya, who marked her red carpet debut in the French Riviera in a Neeta Lulla saree.

Re-introducing the film to a new audience, Ash arrives in an Abu Jani Sandeep Khosla outfit before changing into a killer dress designed by Monisha Jaising. 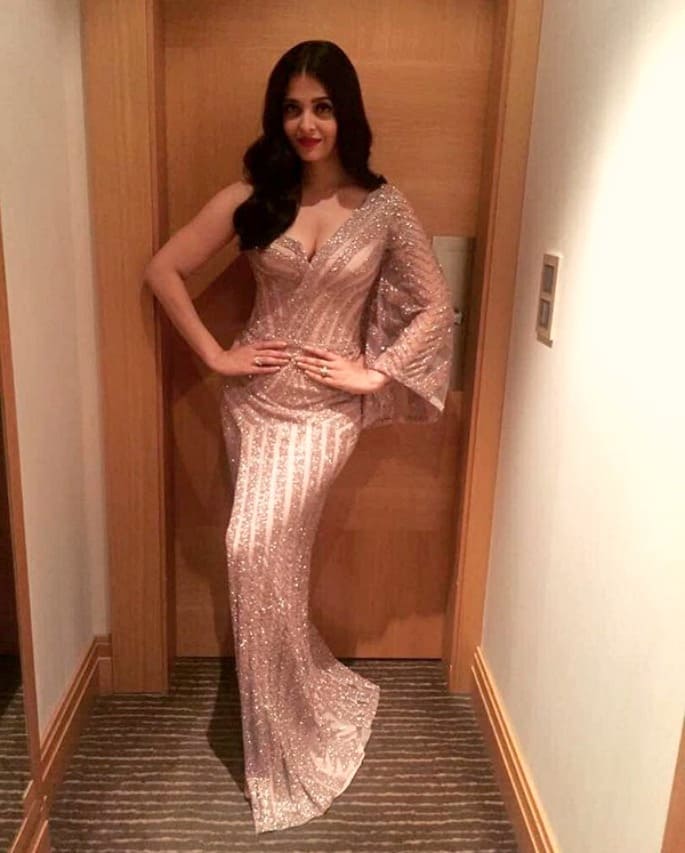 Speaking at the screening, she says: “Devdas is a very special film. It had the most overwhelming response.

“The standing ovation that follows… just remains etched in my memory. I shall cherish it forever.”

It seems the actress is hoping to pass the torch to her daughter Aaradhya, who is spotted in a pink ruffled dress, accompanying Ash before she hits the red carpet.

This is Aaradhya’s sixth year at the film festival. We have no doubt she has grown accustomed to sharing the spotlight with Queen Ash!

Earlier today, the Sarbjit actress stuns in a black strapless gown designed by Ashi Studio, who has dressed the likes of Priyanka Chopra and Lady Gaga. 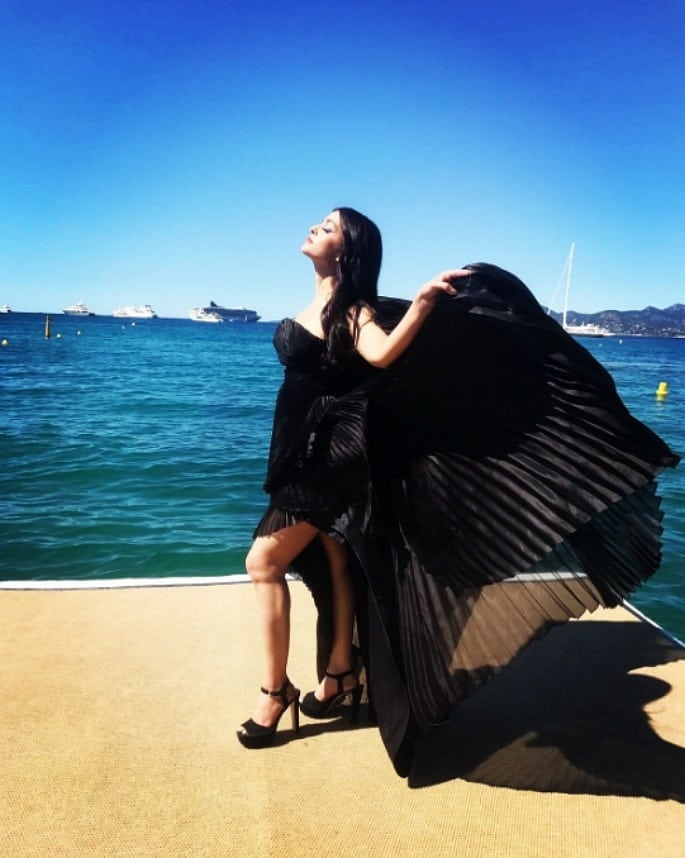 To complete her daytime look, she opts for a coral lipstick and ocean blue eyeliner, taking another fashion risk despite last year’s mixed reaction towards her purple lips.

But the L’Oreal Paris India ambassador totally rocks this unusual combination. Besides, how can we not love her for trying something different, whilst exuding glamour and elegance at the same time?

It’s safe to say Ash has outdone herself again and remains the undisputed Cannes Queen, even as newcomer Deepika Padukone pulls out all the stops to rival her!