We’ve had tears, family drama, lad banter, and relationship woes over 12 entertaining episodes of Desi Rascals. What did the season finale hold? Find out here.

“I don't see him covering up his nipples in the gym.”

It’s been an incredible journey of British Asian madness over 12 episodes of Desi Rascals.

Amongst all the laughter and tears, we’ve shared in some pretty special moments between a pretty lovable cast.

So what happened in the final episode? Did #MoJo survive against all odds?

Did Owais get the final say in the Feryal-Rita break up drama? And did Shmoyel shmooze his way into the friend zone yet again? DESIblitz has all!

Mr Traditions and a Desi Bridezilla! 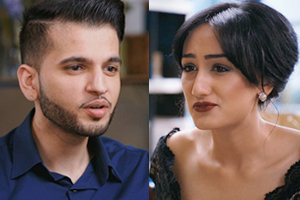 Following a beautiful proposal, Akshay has a serious conversation with fiancé Arshina. He’s adamant that she moves to Birmingham and lives with him and his family.

But Arshina isn’t giving in too easily and is not keen on the move at all. She mentions her mum’s wishes of staying in London, but ‘Mr Traditions’ is having none of it:

“I’m not gonna have you living in London, and me living in Birmingham once we’re married.”

Later Arshina chats to Yasmin and Kavita about her worries of relocating. But have they taken a leaf out of Manoj Meddling 101?

Yasmin offers to help Arshina build up her business. And Arshina decides to push her career in London, in order to force Akshay to rethink his ultimatum.

In keen defiance of Akshay’s wishes, she also visits a casting agency who are keen to sign her up. They require a lot of time and dedication, and Arshina is more than happy to comply. But what will Akshay think?

Sunjay is Full of Surprises 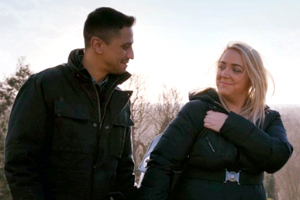 We’ve come full circle as Praks watches Sunjay have his hair cut at the garage.

Sunjay has some big news! He wants to propose to girlfriend Charlotte, but little brother Praks is completely shocked and feels that he is rushing things.

Sunjay has it all planned out though, and enlists Praks to help him pick out a ring, which luckily isn’t as expensive as his Mk II Golf.

He wonders whether he should tell Charlotte he sacrificed a turbo to buy this ring – but Praks warns him off: “Nah. Save that till after you’re married mate!”

Charlotte has no idea what’s in store for her: “You alright? I can’t believe you let me out of the garage!”

Cue the cutest scene of the season: “Charlotte Jacomelli, will you marry me?” “Course I will.” 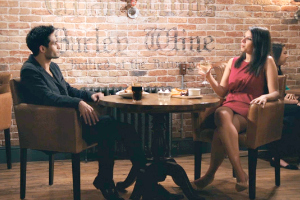 Feryal, Anj and Rita discuss the recent Owais breakup. Anj warns Feryal off buddying up with Shmoyel as the bro code really is unbreakable.

But is Feryal completely besotted? A very confused Shmoyel tries to play down the Feryal interest and admits to Natalie that he doesn’t know her well enough.

He’s also strangely complementary to Natalie about the Art Gallery opening – could there be hope for Shm-atalie? 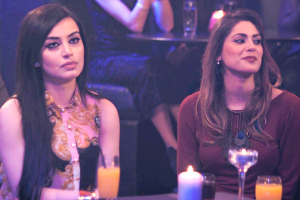 Things are a bit awkward for Owais at the comedy night as he walks past new BFF’s Feryal and Rita, but the Ravalia twins have a special surprise in store. The open their shirts to reveal hilarious “I Got Owais’d” t-shirts.

Comedian Paul Chowdhry walks on stage and has his way with the Rascals. On full form, Paul picks directly on Shmoyel: “What kind of Pakistani name is that?”

He then puts Shmoyel on the spot when he asks him to choose between Natalie and Feryal. While Natalie laughs it off, Feryal turns to look hopefully at him. Luckily, Shmoyel sh-mooths his way out of it. Saved again!

But the awkwardness is not over as big man Owais takes the floor:

“I’m Owais and I’m the big bad wolf. Anyone who I haven’t made cry, can we have some noise please!”

It’s evident that the 35-year-old has a few things to get off his chest. First his stammer, where he recalls a hilarious anecdote from his speech therapy classes. Then he really lays into the girls about their skimpy gym outfits.

Feryal and Rita are livid over Owais’s immaturity. Rita can’t help but say: “I don’t see him covering up his nipples in the gym.” Touché! 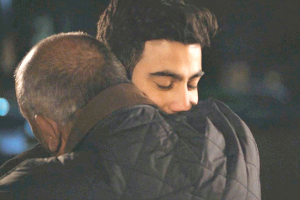 Manoj has had a complete turnaround following his emotional encounter with Anj. Him and Celia decide to give MoJo their blessing.

Manoj tells Jo about his chat with Anj, and how he understands what Moses is going through:

“I want to make Moses feel welcome. My home is his home.”

Manoj adds that he wants to clear the air with Moses in person and invites him over to the house. Jo is over the moon and can’t wait to share the good news with Moses. Yes, #MoJo are back on!

The conversation between Moses and Manoj is a heartfelt one. It seems that the pair have a lot more in common and Manoj is willing to do all he can to support him and Anj.

And the icing on the cake? “You just called me Manoj, it’s actually dad.” Oh dear lord, pass the tissues!

An emotional rollercoaster of British Desi drama, it’s officially a wrap for season one of Desi Rascals! But don’t despair – an even better Season Two awaits us in summer 2015. We really can’t wait!

Aisha an English literature graduate, is a keen editorial writer. She adores reading, theatre, and anything arts related. She is a creative soul and is always reinventing herself. Her motto is: “Life is too short, so eat dessert first!”
Amitabh Bachchan summoned by US Federal Court
The Order: 1886 more than a Cinematic Experience?