Bollywood legend Amitabh Bachchan has been summoned by the US court for his alleged involvement in the 1984 anti-Sikh riots. DESIblitz reports.

The lawsuit states that the actor had actively provoked violence against the Sikh community in the 1984 riots.

Indian Cinema veteran Amitabh Bachchan has been summoned by a US federal court in Los Angeles for his alleged involvement in a human rights violations case during the 1984 anti-Sikh riots.

Sikhs for Justice (SFJ), a human rights advocacy group based in New York, filed a complaint against the 72-year-old Bollywood legend on February 23, 2015.

The lawsuit was served to Amitabh’s Hollywood agent David A. Unger. It states that the actor had actively provoked violence against the Sikh community in the 1984 riots.

He has been accused of instigating the attacks on the Sikh community by raising slogans that read ‘Khoon ka Badla Khoon se lenge’ (‘blood for blood’), following the assassination of India’s fourth Prime Minister Indira Gandhi by her Sikh bodyguards.

The actor has denied the allegations. However, according to US federal laws, he is obliged to respond to the charges of human rights violations within 21 days from being served the lawsuit. 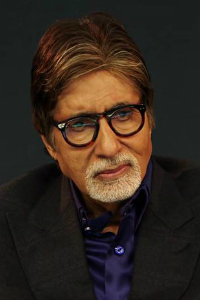 Gurpatwant Singh Pannun, legal advisor to SFJ, said: “If defendant failed to respond by March 17 [2015], we will move the court for entry of default judgment imposing compensatory and punitive damages against Bachchan for instigating violence which took lives of thousands of innocent Sikhs during November, 1984.”

Amitabh, who allegedly had close relationships to the Gandhi family, has been the centre of the case for the past few years.

In 2014, it was reported that SFJ filed a petition against him, also to the US federal court in Los Angeles, with the same allegation that he encouraged violence attacks on Sikhs.

In 2013, Jagdish Kaur, the prime witness of the human rights violations case, questioned why Amitabh had not been punished for inciting anti-Sikh sentiments. He said:

SFJ’s lawyer Pannun also supported his claims by disclosing to Times Now that the actor ‘had come out of the All India Institute of Medical Sciences (AIIMS) in New Delhi on October 31, 1984 and instigated the crowds.’

But Amitabh, who recently made a guest appearance in reality TV show Desi Rascals, has always denied the allegations against him. In 2011, he even wrote a letter to Akal Takht to distance his involvement in the violent riots. 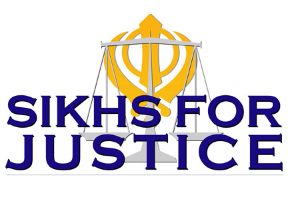 The letter read: “I wish to take this opportunity to vehemently and categorically deny these allegations against me which are completely baseless, false and untrue.

“The Nehru-Gandhi family and our family have old ties from our city of origin, Allahabad. We have been together in each other’s hour of grief and joy, but to allege that I was a part of the crowd that incited them to raise anti-Sikh slogans is a preposterous and blatant lie.”

It continued: “Quite contrarily, I have always propagated the soothing of injured feelings and the maintenance of serenity.

“The unfortunate incidents of the riots of 1984 against the Sikhs shall always remain a blot and a dark phase in the history of our country, a country that prides itself in its secular credentials.”

This is not the first time SFJ had launched legal complaints against famous Indian figures. Current PM Narendra Modi and former PM Manmohan Singh have also been the recipient of similar lawsuits – respectively for the Gujarat riots in 2002 and funding insurgency operations in Punjab in the 1990s.

Amitabh Bachchan and his representatives are yet to respond to the allegations.

Scarlett is an avid writer and pianist. Originally from Hong Kong, egg tart is her cure for homesickness. She loves music and film, enjoys travelling and watching sports. Her motto is “Take a leap, chase your dream, eat more cream.”
Dev Patel in The Second Best Exotic Marigold Hotel
Desi Rascals enjoys an Epic Season One Finale!