As the premiere of Quantico looms near, we find out what is the biggest hype surrounding the new ABC drama and its sexy lead, Priyanka Chopra.

She has recorded three exclusive promos in Hindi to air on Star World.

TV Guide says she is ‘the female Jason Bourne’. She is also a breakout star of 2015, according to The Hollywood Reporter.

Priyanka Chopra, headlining ABC’s new drama Quantico, is indeed an up and coming force to be reckon with on the international scene.

She has Bollywood on her side and she is hardly a strange face to the US audience, having collaborated with will.i.am and Pitbull on two hit singles.

We cannot be more ecstatic about her debut on US television in the action-thriller drama, where she plays FBI trainee, Alex Parrish, caught in the middle of a terrorist plot.

DESIblitz rounds up all the crazy buzz about Quantico just for you! 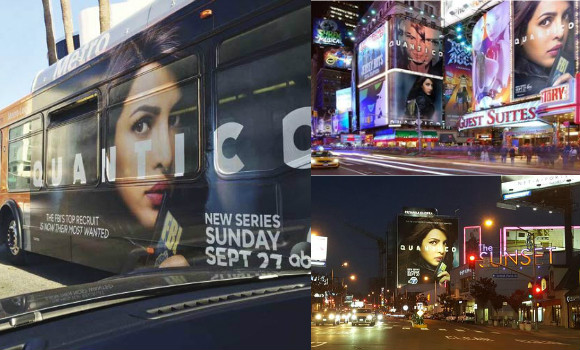 You can imagine the pride of Desis literally the world over when PeeCee’s drop-dead gorgeous face starts popping up all over the US!

If you are waiting for the bus, chance is you may be leaning against ‘Priyanka’, looking seductive with an FBI badge in her hands.

Even if you manage to miss that, a bus wrapped in a huge promotional poster is definitely not a sight you can easily ignore.

The publicity team has even gone to lengths to get a spot for Quantico in New York’s Times Square, as well as life-size billboards on Sunset Boulevard in Los Angeles.

And just in case you somehow miss all of that, don’t worry – you can find a good amount of coverage of the Bollywood babe in the subway, The New York Times and Entertainment Weekly magazine.

Now that she has gone from beauty queen to Bollywood actress and clearly on her way to becoming America’s new favourite sweetheart, everyone wants a piece of our very own Priyanka!

PeeCee has already made it onto the guest list of three of the most-watched talk shows in the US.

From September 25 to 28, 2015, she will be seen on Good Morning America, followed by Live! With Kelly and Michael and finally the fun-filled Jimmy Kimmel Live!.

Promoting Quantico will definitely be Priyanka’s number one priority. Knowing the style and format of American talk show hosts, will she be open to discuss her love affairs as well? 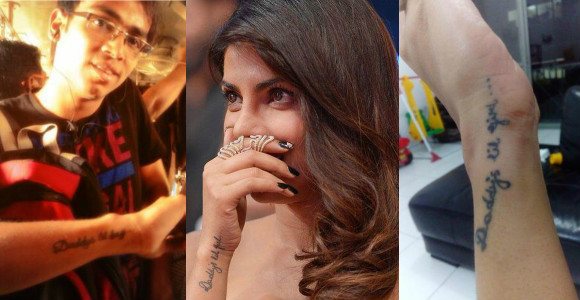 Without the diehard loyalty and unwavering support of fans, many celebrities would not be where they are today. And the same goes to the ‘Exotic’ singer.

Recently crowned the Queen of Social Media by Bollywoodlife, Priyanka appeals to both male and female fans who absolutely love her to bits and pieces!

One particular fan, Shilpa Sanghvi, obviously wants to get just a little closer to the versatile actress, by inking her autograph onto her arm and showing it to Priyanka at Mumbai airport.

@priyankachopra @TeamPriyanka got her autograph inked for life time. love u pic.twitter.com/4SDtjqVgh4

If you think that is crazy love, wait till you see her other fans who have gone under the needle to get a tattoo identical to Priyanka’s at exactly the same place on their right wrist!

ABC can definitely count on the overwhelming passion of her fans to shoot Quantico’s ratings through the roof.

We already know from the show’s trailer that Alex will be enjoying some steamy sex with her fellow FBI trainee, Ryan Booth, in a car, before telling him ‘you’re not my type’.

Not what you would expect from a Bollywood star, right?

A new clip reveals an extended scene where PeeCee totally brings down the house by psychoanalysing her fling while getting dressed!

Smart and beautiful, what’s not to love?

When Bollywood stars venture out to foreign opportunities especially Hollywood, they are sometimes thought to have abandoned their roots.

Priyanka, however, is not one to do so – not even after she has skilfully mastered the American accent for Quantico.

In response to popular demand, the Mary Kom (2014) star has recorded three exclusive promos in Hindi to air on Star World when the show premieres on October 3, 2015.

The former Miss World really knows how to win over our hearts even more and pump up the hype for her TV debut! 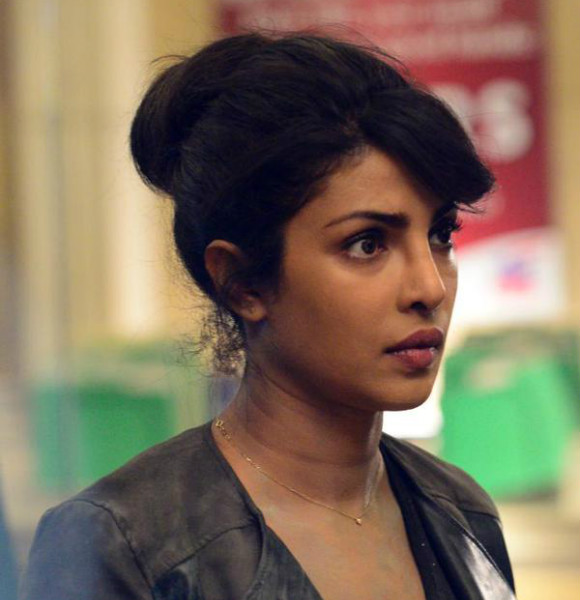 Mika Singh, Sophie Choudry and Shreya Goshal have shown love and support for Priyanka making it as the first Indian actress to lead a US drama, so that is plenty of reason to watch the show.

Get ready to be glued to Quantico!