After noticing a subtle change on social media, netizens have speculated that Priyanka Chopra and Nick Jonas are splitting up.

"More drama to unfold in the coming days."

Social media users were sent into a frenzy and began to think that Priyanka Chopra and Nick Jonas were splitting up.

This came after some people noticed that Priyanka had removed the ‘Jonas’ part of her name from her social media accounts.

However, she suddenly got rid of the name without an explanation, leading netizens to believe that their marriage was coming to an end.

One comment read: “More drama to unfold in the coming days.”

Others directed divorce-related memes at Nick.

Le Everyone to nick Jonas pic.twitter.com/b3p285cdhf

However, some social media users told speculative fans to calm down.

One person said: “Just removing a surname (which was an add on after marriage) from her real self-made name just on social media does really mean ‘she’s getting a divorce?’

Another read: “She removed Chopra also What’s the point now?”

One user pointed out that Priyanka commented on Nick’s post, dismissing any speculation of divorce.

The post had been of Nick working out. In the caption, he wrote:

“Monday motivation. Let’s get it.”

In the comments, Priyanka wrote: “Damn! I just died in your arms…”

Earlier in November 2021, Priyanka Chopra shared a picture of herself with Nick as they celebrated Diwali.

She wrote on Instagram: “Our first Diwali in our first home together. This one will always be special.

“To everyone who honoured our home and my culture by not only dressing the part but dancing the night away, you made me feel like I was back home.

“And to the best husband and partner Nick Jonas, you are what dreams are made of.”

“I love you. My heart is so grateful and full.” 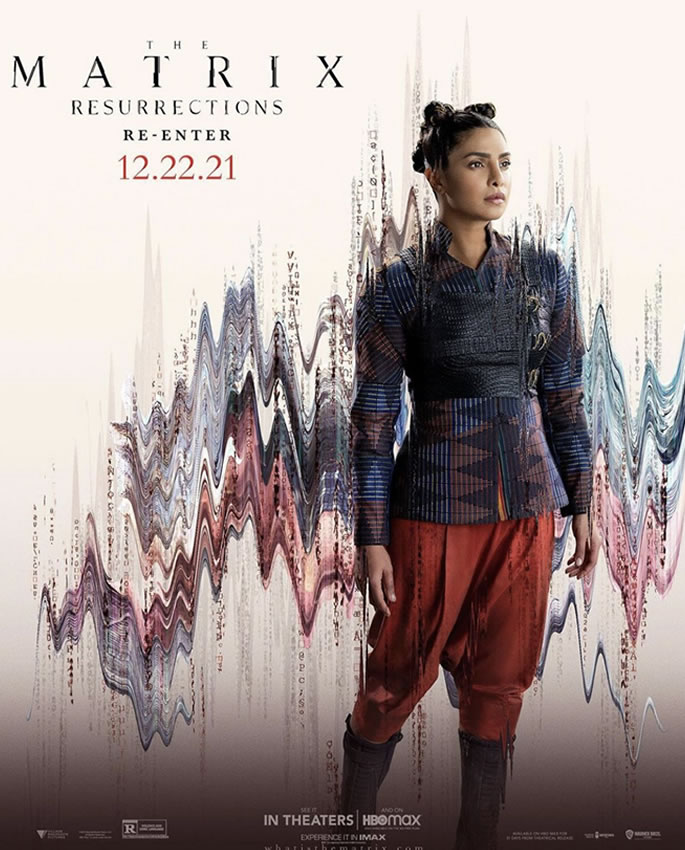 On the work front, Priyanka will feature in The Matrix Resurrections, which will release on December 24, 2021.

Her character poster was unveiled, revealing her look from the film.

Priyanka also has the Amazon Prime Video series Citadel in the works. The series co-stars Richard Madden and will be directed by the Russo Brothers.

The actress will also make her return to Bollywood, starring in Jee Le Zaraa alongside Katrina Kaif and Alia Bhatt.

Dhiren is a journalism graduate with a passion for gaming, watching films and sports. He also enjoys cooking from time to time. His motto is to “Live life one day at a time.”
Nawazuddin Siddiqui & Vir Das in line for International Emmys
Janhvi Kapoor and Rajkummar Rao reunite for New Film