Priyanka Chopra and Nick Jonas have been spotted together getting rather friendly. Is there a likelihood of their relationship turning romantic?

The Quantico actress, Priyanka Chopra, is currently facing rumours that she is dating the 25-year-old singer, Nick Jonas.

The rumours surrounding the couple are the result of them being seen in public together on multiple outings and a source revealing that they are dating.

Priyanka who recently attended the Royal Wedding and has been to a string of public events is in the spotlight regarding a romance with Nick Jonas.

“They are dating and it’s brand-new. It’s a good match and they are both interested in each other.”

The good-looking stars were seen together at the “Beauty and the Beast” live concert at Hollywood Bowl on the Memorial Day weekend. Another informant for US Weekly saw the stars and commented:

“Priyanka and Nick were talking really closely and were very smiley and very happy.

“They weren’t trying to be private as they were in a pretty public place, but they were talking to people around them, sitting closely and they both just seemed super happy.”

The next day after the concert, the couple were seen together again. This time, they attended the Los Angeles Dodgers game.

@priyankachopra and @nickjonas at the #Dodgers game today. ? pic.twitter.com/3J91P9phzq

One onlooker at the game seemed very excited at the prospect of the two becoming a couple. They tweeted:

“Just saw Priyanka Chopra with Nick Jonas at the dodger game, predicting them to be the hottest couple of 2018”

Just saw Priyanka Chopra with Nick Jonas at the dodger game, predicting them to be the hottest couple of 2018.

The sources at People magazine say:

“They’re flirtatious and have been hanging out and text all the time. [Their relationship is] very casual.” 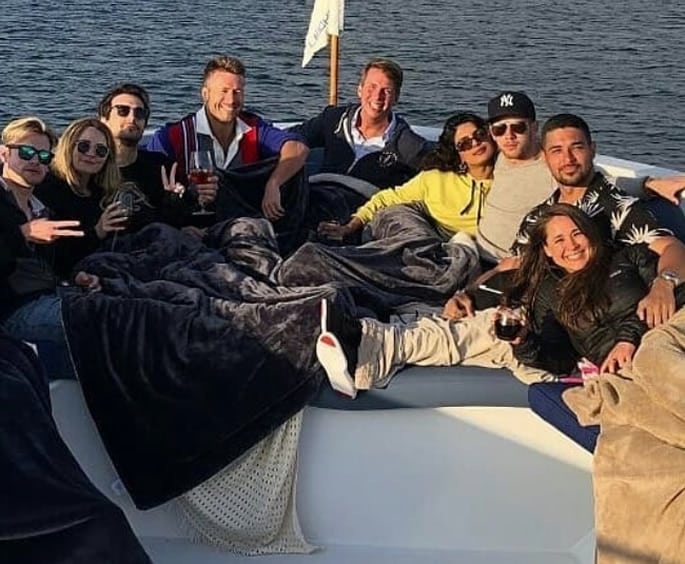 Looking at their social media most posts on Priyanka Chopra’s Instagram have a like from Jonas and vice-versa. Just good friends or more? 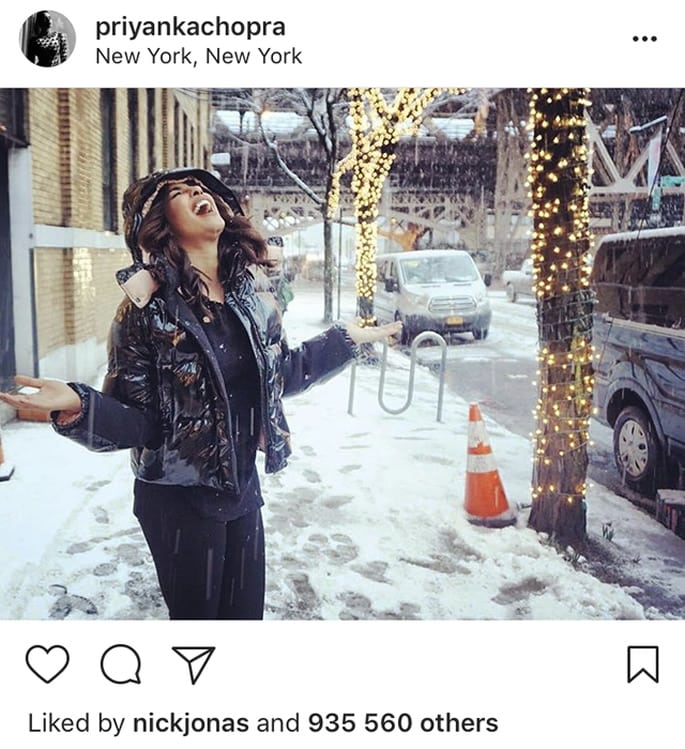 It seems stepping out into the public domain together has triggered a string of rumours, but were there any indicators before this that might have suggested a budding romance between the two?

In 2017, the two stars posed together at the Met Gala. Speaking to Jimmy Kimmel about the experience, Chopra said:

“We were both wearing Ralph Lauren and we decided to go together and have fun.”

Kimmel joked that Jonas looked rather young, and Chopra added:

Whilst this doesn’t seem too positive, Kimmel isn’t the only person to notice the connection between the two. When Priyanka Chopra attended “Watch What Happens Live” the host, Andy Cohen, mentioned Jonas’ name.

Andy Cohen spoke to Chopra on “Watch What Happens Live” just after the 2017 Met Gala.

Cohen asked Chopra if there were any “flirtatious vibes” between the stars. Chopra intriguingly replied to Choen stating:

“We didn’t have time yet, maybe next time we meet.”

This seems much more positive, so maybe we can’t rule out the rumours that are currently circulating of their fledgeling romance.

Ellie is an English literature and Philosophy graduate who enjoys writing, reading and exploring new places. She is a Netflix-enthusiast who also has a passion for social and political issues. Her motto is: “Enjoy life, never take anything for granted.”
Ali Zafar: From Bollywood to Pakistan’s Teefa in Trouble
Is Veere Di Wedding a Game Changer for Bollywood Heroines?