The Punjabi song also stood out for being the only non-English language song nominated in the category.

The Punjabi song also stood out for being the only non-English language song nominated in the category of ‘Achievement in Music – Original Song’.

Ian LeFeuvre, whose work have been heard in popular TV series Girl and Pretty Little Liars, was nominated for ‘The Whisper In Me‘ from Dirty Singles (2014).

The other English language songs contending the award were ‘Danse Élégante‘ by Patric Caird and Sonya Jezebel Côté taken from Tru Love (2013), and ‘Wants‘ by Dan Mangan featured in The Valley Below (2014).

British born, Canada-based Manj was incredibly excited upon his arrival on the red carpet, and was even more ecstatic when he won the award for Best Original Song with Parmjit.

Manj was part of the fusion band RDB before being introduced to Bollywood by actor Akshay Kumar. Since then, he has produced one hit after another including ‘Whistle Baja’ and ‘Pappi’.

Manj has also set his eyes on America by revealing in 2014 that he would be working with American rapper 50 Cent and Grammy-nominated singer Justin Timberlake.

Other winners at the award include Mommy (2014), scoring nine wins out of a stunning 13 nominations. The story of a widow and his violent son had already impressed judges at the 2014 Cannes Film Festival by winning the Jury Prize.

The award also celebrates achievement in Canadian television. Orphan Black, the critically-acclaimed sci-fi series, was the big winner in that category. It won 10 of its 13 nominations, including Best Dramatic Series. 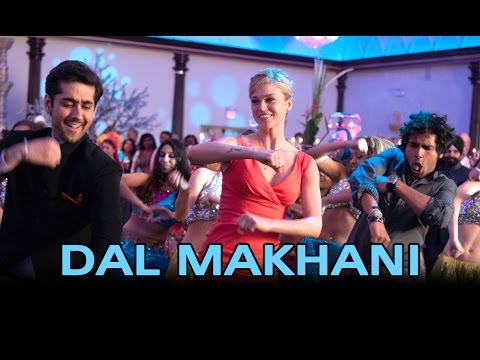 Hosted by Canadian comedian Andrea Martin, the award was attended by many famous Canadian actors, such as Kiefer Sutherland (24), Kim Cattrall (Sex and the City) and Eugene Levy (American Pie film series).

But all eyes were on recent Oscar winner Julianne Moore, who was also up for Best Actress that night.

The Canadian Screen Awards brought film and television together by merging the Genie (film) and Gemini (television) Awards in 2013. It expands to honour outstanding work in digital media and people who have made an impact or left a legacy for the industry.

Though often overshadowed by America, Canada is not short of talented actors and filmmakers. Deepa Mehta, William Shatner and Jim Carrey and are among some of the most famous names from the territory.

Here is the full list of winners at the 2015 Canadian Screen Awards:

BEST ANIMATED SHORT
Me and My Moulton

BEST CINEMATOGRAPHY IN LONG DOCUMENTARY
Patrick McLaughlin – Everything Will Be

For TV and digital media:

DESIblitz congratulates all the winners at the Canadian Screen Awards!