Love Island star Shannon Singh has stripped off completely naked for a new picture, wearing nothing but a towel on her head.

Shannon Singh heated things up on Instagram as she posed completely naked, wearing nothing but a towel on her head.

The former Love Island contestant is currently on holiday in Ibiza and she is clearly enjoying her time in the sun as she posted a daring picture.

Shannon looked incredible as posed in front of some tall green trees whilst leaning over a white balcony fence.

The 23-year-old’s figure was on full display as she decided to bare it all, wearing just a white towel on her head.

Shannon held a drink and went makeup-free as she brought one leg up, accentuating her curves.

She had clearly caught the sun as her tan lines contrasted with her bronzed glow.

The nude post is her boldest yet as her usual content features her at the beach or enjoying showing off her latest outfit. 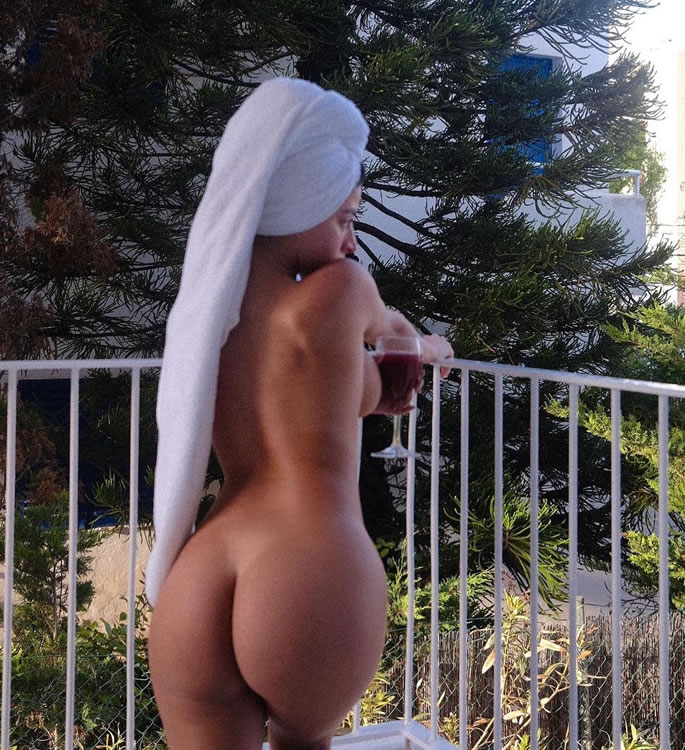 Unsurprisingly, the post became a hit with her fans.

Shannon was inundated with comments from her famous friends, who couldn’t get over how amazing she looked.

Ex-Love Island contestant Gabby Allen wrote: “You are just to die for.”

Another told Shannon that she was “gorgeous”.

However, not everyone was impressed.

One troll told the reality TV star: “Put some clothes on love.”

Shannon quickly hit back at the critic, writing:

“Nah if you’re offended by a woman’s body get a grip.”

Shannon Singh first rose to fame on the 2021 series of Love Island, however, she was eliminated after just one day.

Despite her early exit, Shannon became a fan favourite and she has managed to carve her own path, which includes her ‘I Love Mine’ campaign and work to break the stigma around OnlyFans.

She also has a successful Twitch channel, which Shannon says “sets her apart” from other Islanders.

But she says she will not be publicising her relationship, which is a “luxury” the other Islanders do not have.

Shannon explained: “I am with Ben and really happy he took me back but I am safeguarding our relationship. I have got the luxury they don’t have.

“They all have moved in together but I feel like it is keeping up appearances and I don’t have to do that.”

Shannon went on to say that most people do not believe the pairings will, especially with the amount of attention they are receiving at a young age.

“A lot of the couples are really young, which is a time to make mistakes.

“But they are going to make mistakes in the eyes of everyone.”

Shannon added that she is glad she did not find a partner on the show.

“If I had met someone on the show I don’t think it would have gone that great because you have everyone peering in on your relationship.

“I want to keep us a normal, happy relationship.”

Dhiren is a journalism graduate with a passion for gaming, watching films and sports. He also enjoys cooking from time to time. His motto is to “Live life one day at a time.”
Amir returns & Faryal finds £26k Handbag on ‘Meet the Khans’
Javid Banday on Filmmaking & ‘Footprints’