Established filmmaker Ram Gopal Varma has opened up about a controversial comment he made about Aamir Khan’s acting in ‘Rangeela’.

"he felt betrayed and that’s my fault.”

Bollywood filmmaker Ram Gopal Varma has opened up about a comment he made on Aamir Khan’s acting.

Varma and Khan worked on the Bollywood blockbuster Rangeela in 1995.

However, RGV made a controversial comment about Khan’s acting in the film, and the pair have not worked together since.

RGV said that the actor who played a waiter in Rangeela did a better job than Bollywood star Aamir Khan.

Khan did not take the statement well, and RGV has now clarified and taken responsibility for his words.

According to RGV, there was a misunderstanding between him and Aamir Khan after the release of Rangeela.

He said that his infamous ‘waiter’ comment, made in an interview, was taken out of context.

The filmmaker said that he was trying to explain the technical aspects of the scene in question.

The interviewer then wrote a headline that said the waiter in Rangeela was better than Khan, and quoted RGV in the process.

“I am clearing this for the thousandth time. Khalid Mohammed was interviewing me and I made a technical point.

“People don’t understand how a performance works. I mentioned in the context if Aamir says the line ‘Tu idhar ghuma na (You do not turn around)’.

“Now the expression on the waiter is what makes people laugh. It’s not the line.

“The line is written and Aamir said it flatly. But because so much laughter came we think it is Aamir’s performance.

“If I did the wrong casting of the waiter who couldn’t give a counted expression, the scene would have been flat.” 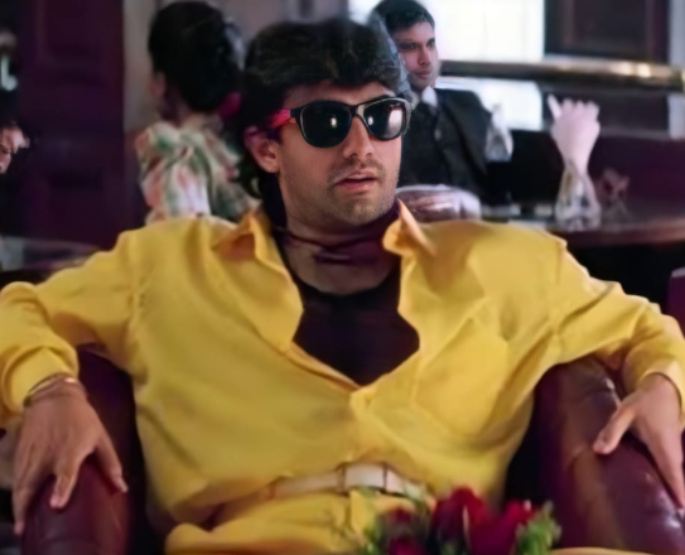 RGV went on to say that, after the interview, Aamir Khan tried to contact him about the comments but he was not available.

Therefore, Khan thought that he was being ignored deliberately, and that RGV did make the comments after all.

“It was my fault to expect Khalid Mohammed to understand the technical details of how a performance works in a scene. I said it.

“Either he deliberately did not or he didn’t understand it, I don’t want to get into that.”

“I said, ‘Aamir, the whole world has seen Rangeela and they loved it and that guy is in half a scene. Me saying that the waiter is better than you, in what way do you think it is going to make any difference. In fact, it will not come on me, because my saying that has not led to him signing for 100 films.’

“But okay Aamir being a very sensitive and very good human being and at that point, what he himself was going through with the whole industry and Khalid Mohammed thing and all that, he felt betrayed and that’s my fault.”

It marks his entry into the digital space with his film D Company. It will stream from Saturday, May 15, 2021.