Ram Gopal Varma is known for his gangster films but in an interview, he said that he owes his living to underworld don Dawood Ibrahim.

"intrigued by the uniqueness of the Indian underworld"

Filmmaker Ram Gopal Varma said that he owes his living to gangster Dawood Ibrahim, given that he is known for his crime films.

The Bollywood director has released the teaser for his upcoming film, D Company, which is a biopic on the notorious don.

“D Company is not just about Dawood Ibrahim but it’s about the various people who lived and died under his shadow.”

The reveal marks Varma’s return to gangster films, something he is known for within Bollywood.

He stated that the film is based on his own research, adding:

“This is my dream project and my research on the subject matter of D Company came from my extensive interactions over the last 20 years with gangsters to encounter cops to middlemen of the underworld and also, many film people who were involved with the underworld.

“I have always been intrigued by the uniqueness of the Indian underworld and its strange mix, where everyone from criminals to politicians to cops to film stars are hopping into each other’s beds.

“Though mafia stories have been told multiple times, D Company intends to realistically capture both the characters and incidents responsible for the creation of arguably the most powerful criminal organisation in India ever, named after Ibrahim who, along with his protegee Chota Rajan, held Mumbai in an iron grip for many decades.”

Varma also quipped that Dawood Ibrahim is the reason for his love of gangster films.

In an interview with SpotboyE, he said: “I owe my living to Dawood Ibrahim.

“But you are right… I made a career out of gangster films. Seriously speaking, I have always been attracted to the dark side of humans.”

He went on to say that the sources of the upcoming film are “straight insiders”.

“I am capturing the story through insiders’ perspectives.

“My 2002 film Company was based on the fall-out between Ibrahim and Rajan.”

“That’s very much a part of this series but the detailing here will be very different because most of my underworld knowledge came to me very recently.”

He also revealed that Ibrahim will be portrayed by Akshat Kaanth after auditioning nearly 35 people.

Watch the Teaser for D Company 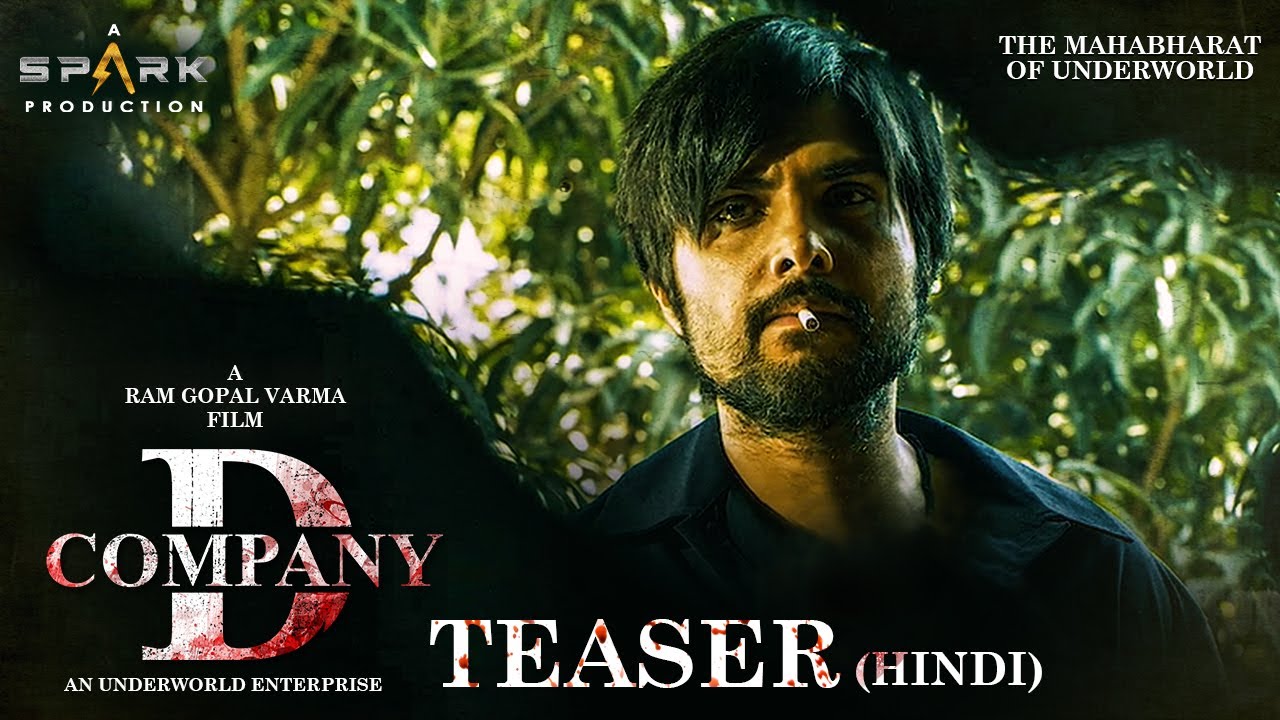 Despite Ram Gopal Varma’s excitement, it is rumoured that the film will be streaming on an OTT platform and reportedly, Farhan Akhtar has also made a biopic on Dawood Ibrahim.

Farhan and Ritesh Sidhwani have reportedly made a web-series on the gangster.

As a result, they are battling to secure a deal with a streaming platform.

Reportedly, the series is based on Hussain Zaidi’s book Dongri To Dubai and it began shooting before the pandemic, however, it is not known what the progress is.

“I honestly don’t know what they are making. I read Dongri To Dubai which is very anecdotal in nature, like piecing together a number of crime columns published in newspapers.

“Also the subject matter of my series D Company is in the public domain.

“It’s the understanding and interpretation which will differ. Anyway may the best man win.”

Dhiren is a journalism graduate with a passion for gaming, watching films and sports. He also enjoys cooking from time to time. His motto is to “Live life one day at a time.”
10 Top Feel Good Bollywood Films to Watch
Disha Patani to play Jackie Shroff’s Sister in ‘Radhe’