‘Jersey’ Remake to Deliver Edge of the Seat Cricket Drama

Sporting titles are popular in Bollywood. Shahid Kapoor is set to perform in the nail-biting Bollywood remake of Telugu-language cricket movie, ‘Jersey.’

Bollywood is to present the very exciting remake of the spectacular Telugu sports motion picture Jersey (2019).

Original Jersey (2019) is a successful, sports movie, featuring Telugu star Nani. The story revolves around a failed cricketer deciding to revitalise his career. He wants to amend in his late 30s.

Due to the simplicity of the Telugu film, Jersey, it became a blockbuster. Set to release in 2020, Bollywood has their take and spin on this screenplay.

Sports-related cinematography is on the rise in Bollywood, with many films being highly successful both critically and through the eyes of the audience.

Revealing on October 31, 2019, social media platforms saw the first look of actors Shahid Kapoor, along with the announcement for the remake. Generally, the reaction of the fans was positive.

The versatile Shahid Kapoor wants to experiment with this sports drama. Notably, Shahid will play the male lead in the remake of Jersey (2019).

Going through the paces, Kapoor has already started preparation for his cricketing role, showing dedication and passion. Learning the art of cricket will ensure Shahid delivers a smashing on-screen performance.

Ultimately, we reflect on this compelling cricket and human interesting movie, reflecting on what we know and to expect. 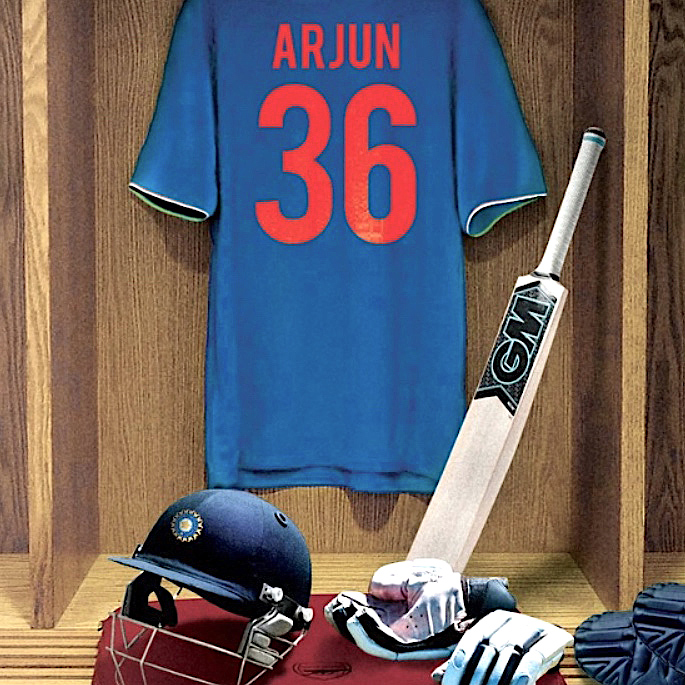 Releasing on April 19, 2019, Jersey (2019) is a Telugu-language movie falling under the sports-drama genre.

This film particularly centres around Arjun (Nani), an unsuccessful cricketer. Despite everyone doubting his cricket abilities, the late 30-year-old decides to revive his passion.

Composer Anirudh Ravichandar has done a wonderful job with the soundtrack, treating the ears of the listeners. From the musical melodies to the vibrant vocals, popular tracks include ‘Adhento Gaani Vunnapaatuga’ and ‘Spirit of Jersey.’

This is a good all-round picture, which has the audiences laughing, crying and cheering. Accordingly, rating the Telugu movie 4/5, Times of India recognises the outstanding efforts of Nani, expressing:

“The actor trained and practised cricket while shooting for the film and it shows in the scenes in which he picks up cricketers’ body language with ease.

“A while into the film, Nani simply ceases to exist and it is only cricketer Arjun you see, someone who’s as comfortable on the field as he is on the couch in his living room.”

Equally, the cinematics was a delightful pleasure through the eyes of the viewers. Full of joy, an IMDb user takes inspiration from Jersey (2019), stating:

“One of the finest movie in terms of direction, casting, screenplay, music, editing and most importantly, inspirational. It’s never too late to dream and achieve.”

Evidently, the Telugu version did great, putting the pressure on the Bollywood adaptation to do as well, if not better.

What We Know About Jersey Remake 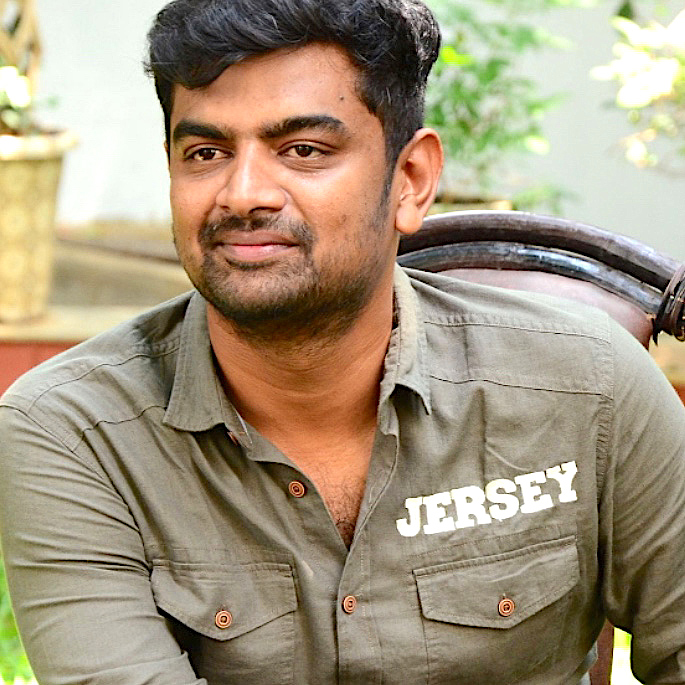 “I’m really looking forward to remaking my film ‘Jersey’ in Hindi and taking it to national audiences.

“And there is no one better than Shahid Kapoor to recreate the magic of the original for Hindi audiences.”

According to the Bombay Times, Shahid is charging a colossal Rs. 35 crores (£3.7 million) for Jersey.

Shahid will also apparently gain 30% of the profit share, according to a close trade expert.

Besides Shahid, there is no confirmation on the rest of the line-up. But, rumour has it that Telugu film actress, Rashmika Mandanna could play the female lead, alongside Shahid.

Mandanna has claimed ‘Favourite Actress’ for her performance in Geetha Govindam (2018), at the Zee Telugu Cine Awards (2018). As a result, Jersey could see the launch of radiant Rashmika in the Bollywood industry.

According to reports, Jersey will releases in theatres on August 28, 2020. 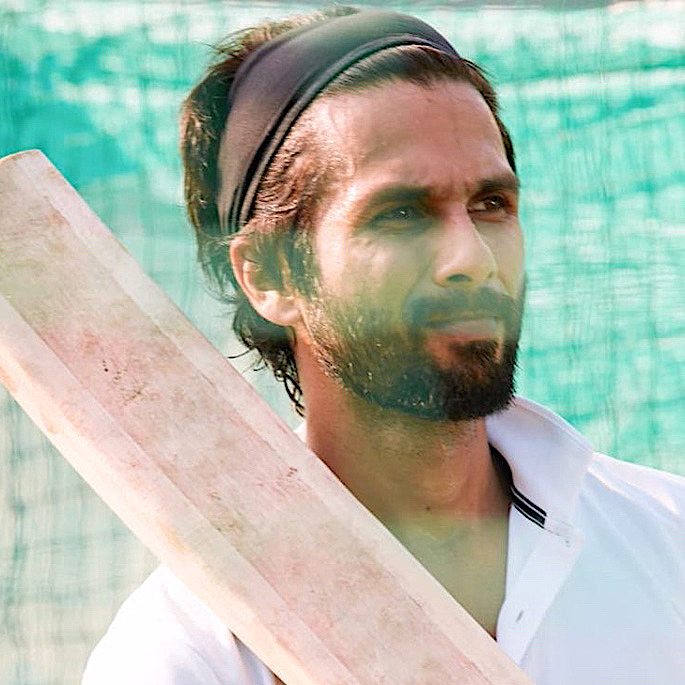 The growth and versatility of Shahid Kapoor in the Bollywood film industry have been immense.

For instance, he plays a college lover, Rajiv Mathur, in his screenplay debut, Ishq Vishk (2003). In contrast, in Udta Punjab (2016), he portrays Tommy Singh, a successful rock star who turns to drug abuse.

Now, he will be gearing up for his second sporting role after Dil Bole Hadippa! (2009). In this title, he played Rohan Singh, an expert captain of a country cricket team in England.

On November 1, 2019, Shahid went on Instagram, revealing his next exciting project and first look. Precisely, he kept the post short and simple, captioning it as “#jersey the prep begins.”

Generally, the unveiling had fans and celebrities in fascination, receiving positive comments across social media platforms.

His cricket look is intriguing, yet what you would expect if you know of original Jersey (2019), a cricketer. Either way, the first image of the actor seems interesting at the same time.

Ready to smash the ball out of the park, there is a lot of determination in the eyes of Shahid. Clearly, the head banded Shahid has the ultimate prize on his mind.

The first look indicates Shahid taking the role seriously and feeling his character.

It seems like the look is somewhat similar to his last feature, Kabir Singh (2019). Thus, with his beard giving a scruffy, rough look, suggests the initial preparation stages of Jersey.

The quality and acting ability of Kapoor is exceptional. Transitioning from the character Kabir Rajdheer Singh to Arjun will be done with ease, especially throughout the shooting. 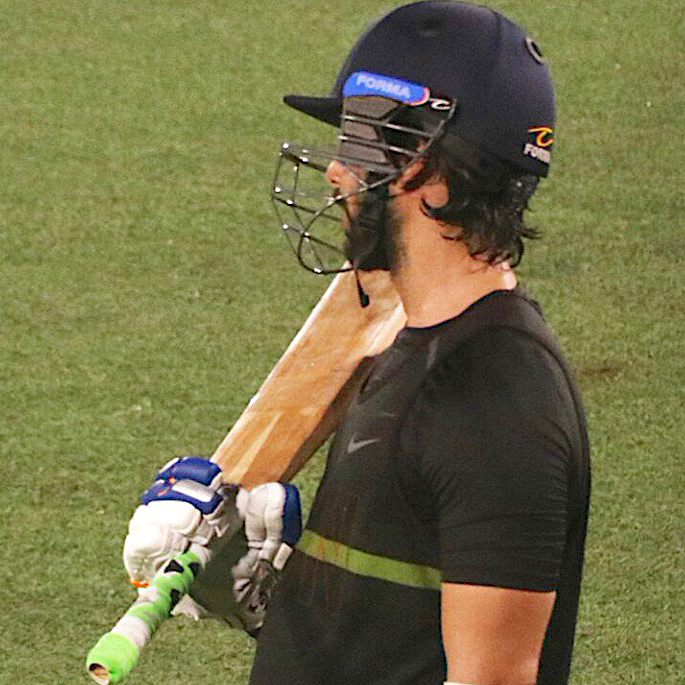 “Shahid plays a cricketer in Jersey and the perfectionist he is, he has already started learning the ropes of playing a cricketer on-screen by regularly going for the cricket sessions.

Wearing the cricket all-whites on, soaking up all the sweat, Shahid will mould into this role perfectly.

Padded up, ready to take on anything coming his way, Kapoor has been practising in the nets, brushing up his skills.

Visibly, it is evident that Shahid is putting in the work. This film will help bring his character to life, capturing the hearts of many.

In addition, Shahid has set the groundworks for his role. He is an avid supporter of the Indian national team, regularly rooting for them and showing love on social media.

More importantly, Shahid has seen Jersey (2019), showing much admiration for it. Wondering about his next project after Kabir Singh (2019), Shahid told the media:

“It took me some time to decide what to do next after ‘Kabir Singh’.”

“But the minute I saw ‘Jersey’, I knew I wanted it to be my next. It is a wonderful inspiring and personal human journey that I connected with deeply.”

In comparison, Nani intensely trained seventy days for his role as Arjun in Jersey (2019). Undergoing professional cricket training, the sheer hard work and commitment were rewarding.

Shahid will shine and showcase his many talents but will have to push himself to the limit. Taking influence from Nani’s excellence will ensure Kapoor adapts and succeeds in this refreshing role.

It will be striking to watch the Bollywood remake as the original was a viewing pleasure.

Will Gowtham take the Telugu success and bring national success with Jersey? Can Shahid fill the shoes of Nani successfully?

Jersey will be one of two Bollywood movies following the cricketing theme. The other being ’83 (2020), starring Ranveer Singh. 83 will mirror the victorious Cricket World Cup captain Kapil Dev.