Aamir Khan’s Laal Singh Chaddha look has been leaked in photos that have been doing the round on social media. Fans were quick to praise the actors look.

“Wow, he looks so handsome as a Sardar!!"

On the actors 54th birthday, on March 14, Aamir made the announcement that he will be playing the lead role in Advait Chandan’s Laal Singh Chaddha.

To complete the look, Aamir is seen in chunky trainers.

Upon fans seeing Aamir’s avatar, social media was inundated with admiration for his Sardar look.

“Wow, he looks so handsome as a Sardar!! Couldn’t even recognise him.”

Another fan applauded Aamir for his efforts on Instagram saying: 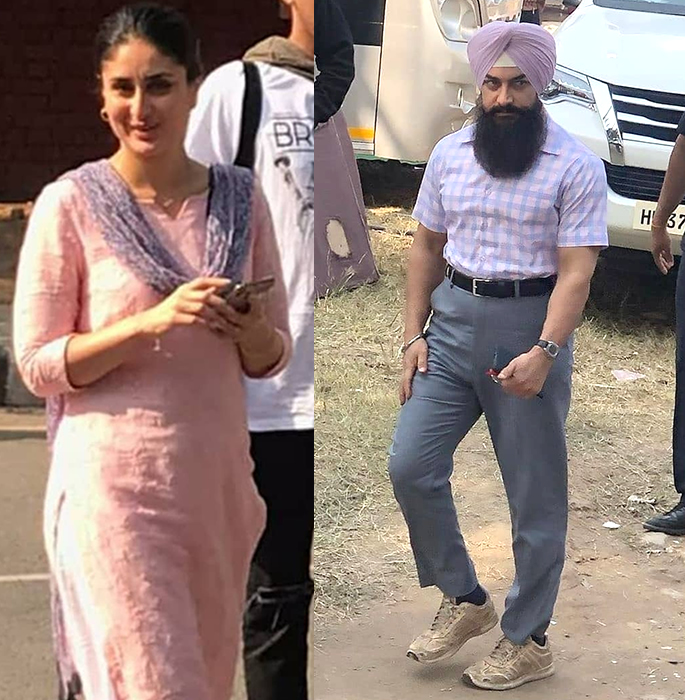 The actress was spotted at Mumbai airport leaving for Chandigarh with her son, Taimur.

Pictures of the actress from the shoot also circulated social media. Kareena Kapoor is seen dressed in a light pink kameez with white salwar and purple dupatta.

Her hair is simply tied back with a minimal makeup look.

There is no denying the great amount of effort Aamir Khan puts into his films. His title as Mr Perfectionist is well deserved and his efforts can be seen time and again in his films.

Previously, Aamir immersed in his character’s look in films like A. R. Murugadoss’s Ghajini (2008), Rajkumar Hirani’s PK (2014) and more.

Recently, Aamir Khan shared the logo of Laal Singh Chaddha on his social media and revealed the release date for the film.

Despite there being a long wait till the film hits the big screen, fans were delighted with these leaked photos from the shoot.

We wonder whether Aamir Khan will support this look throughout Laal Singh Chaddha, or will his character undergo a change.

Ayesha is an English graduate with an aesthetic eye. Her fascination lies in sports, fashion and beauty. Also, she does not shy away from controversial subjects. Her motto is: “no two days are the same, that is what makes life worth living.”
Choti Sardarni garners Huge Fanbase with Cast & Story
‘Jersey’ Remake to Deliver Edge of the Seat Cricket Drama