Bollywood Films to Look Forward to in 2020

Bollywood has a bag full of interesting movies that will surely turn heads around. DESIblitz looks into the most awaited Bollywood films of 2020.

"I could really relate to the emotions of the film.''

Bollywood films releasing in 2020, will have something for every fan who enjoy the movies.

Bollywood has had an interesting 2019, with many appreciating movies, like Gully Boy, Manikarnika, Kalank, Bharat to name.

The Bollywood industry gears up for more superhit films in 2020, which includes a perfect balance of fiction and non-fiction.

The Bollywood films coming in 2020 comprises of sequels and A-list stars.

Many of the 2020 Bollywood films represent out of the box ideas. Hence they are high expectations for them at the box office.

DESIblitz brings together a collection of 11 best Bollywood films, which are definitely going to become big talking points of 2020. 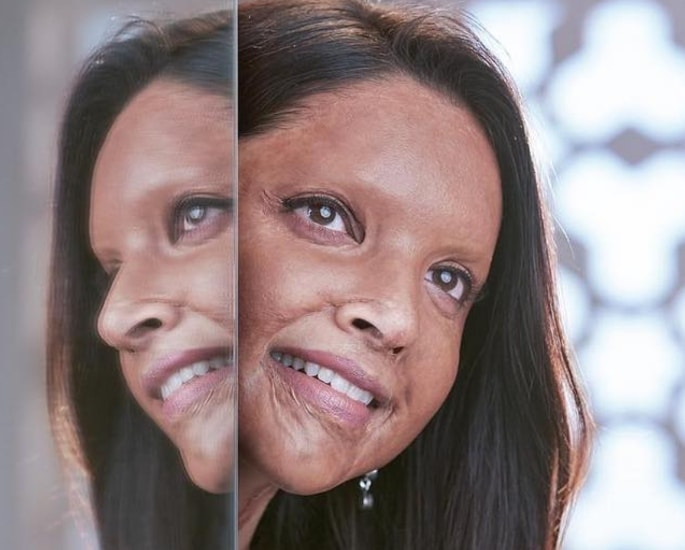 Chhapaak is a non-fictional drama about an acid attack survivor Laxmi Agarwal.

The movie will take viewers back to an incident in 2005, where the 15-year-old girl (Laxmi Agarwal) got attacked by a 32-year-old man Nadeem Khan.

Laxmi had rejected a proposal from Nadeem several times. The ego of Nadeem led him to hurt the young girl terribly.

As a result, Laxmi had to remain in the hospital for a couple of months. Despite suffering multiple injuries, Laxmi did fight out it out.

Deepika Padukone is performing Malti, the lead role of survivor Laxmi. Her perfect look promises to shine through in a film that will have inspiring content.

The flick has a range of elements, including investigation, court case, crime, violence and medical treatments with emotional healing at its core.

Deepika Padukone and Meghna Agarwal, both are the producers of a movie. The movie is planning to come out on January 10, 2020. 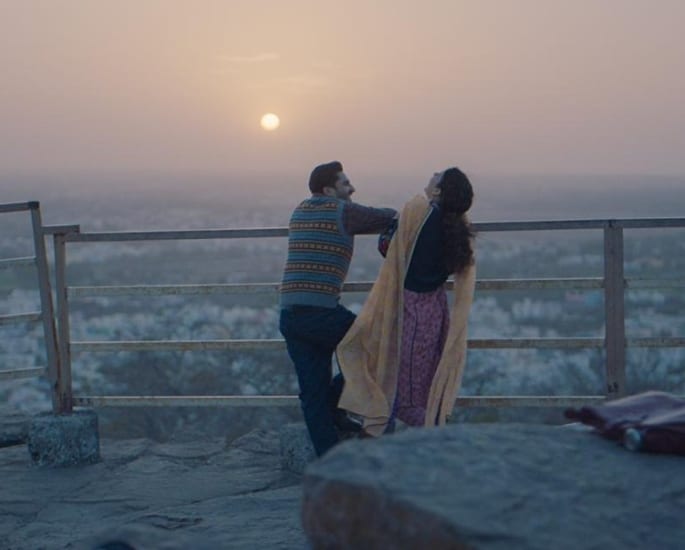 Panga is a sports film that is inspired by the life of national-level Kabaddi player and her family. The film will highlight how no one can mess with you, especially when having the support of family.

Where there is the support of a family, nobody can take Panga is a storyline of the movie.

Actress Kangana Ranaut is playing the lead Kabaddi player in the movie, with Jassi Gill starring opposite Kangana as her husband.

The other actors in the film include Neena Gupta and Richa Chadda. Breaking stereotypes, struggle and victory are the main themes of this film.

According to director Ashwiny Iyer Tiwari, she likes to follow scripts that talk about new age relationships of Indian families.

To fulfil her role properly, Kangana had to undergo two months of training for learning Kabaddi.

Speaking about how her family was a rock behind her, Kangna told India Today:

”My family has been my pillar of strength and have always stood by me in thick and thin. I could really relate to the emotions of the film.” 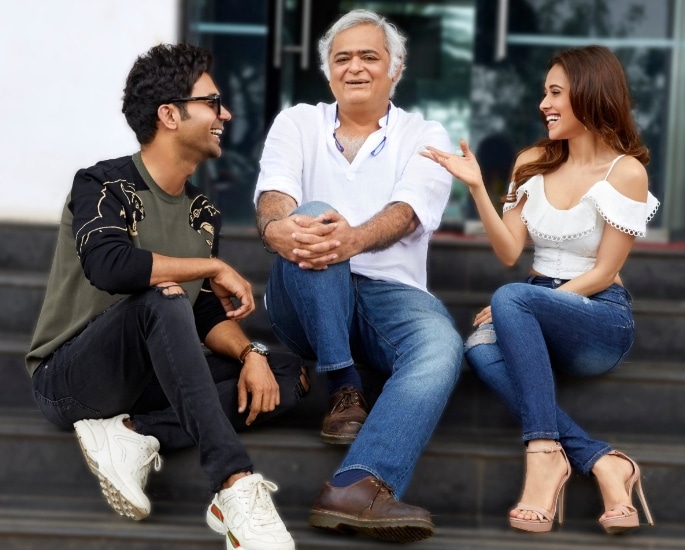 Turram Khan is a wonderful portrayal of social comedy. The small town of Uttar Pradesh is going to be a key feature of the movie.

Rajkumar Rao is all set to give another hit film with his unique style of acting. Hansal Mehta of CityLights (2014) is the director of the film.

Ayub was seen shooting a Kabaddi scene in Mumbai’s Film City, along with Rao and Mehta. Ajay Devgan, Luv Ranjan and Ankur Garg are producing the movie.

Hansal Mehta went on Twitter to wish Rajkumar Rao a happy 35th  birthday announce the release of the film.

“Our next film together Turram Khan will release on January 31, 2020.” 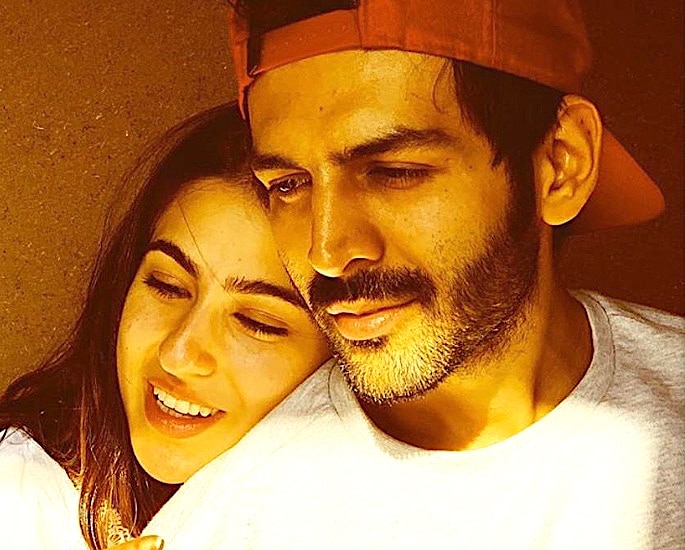 Whilst director Imtiaz Ali has not made an official announcement about the name of the movie, his hashtag #aajkal is clearly a hint for the fans.

With Sara having previously spoken about her crush for Kartik, this film will put the two actors in the spotlight. Bollywood fans, particularly love the pair and cannot wait to hit the theatres to see their on-screen romance.

Sara and Katrik who are famous as #Sartik will increase the hype surrounding the movie.

A Sartik fan commented on an Instagram post by Imtiaz of Sara and Kartik from the sets of Aaj Kal, writing:

The movie is going to release on Feb 14, 2020, hoping to stay in the hearts of people forever. 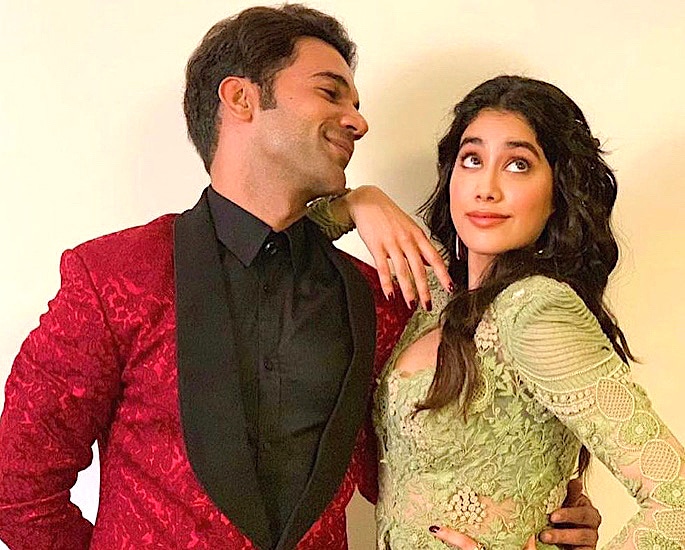 Roohi Afza has all the hallmark of being a good horror-comedy drama of Bollywood.

The plot of the movie is about a spirit who abducts newlywed girls by putting their grooms to sleep. Therefore, local ladies of the area come to keep the groom awake throughout the first night.

Roohi Afza will have thrilling and mysterious moments for viewers, along with hilarious dialogues

Rajkummar Rao is appearing as Hitesh Arora, whereas Janhvi Kapoor is filming the double role of Roohi Afza and Afsana Bedi.

Varun Sharma also has a lead role as Ali Khan. Shraddha Kapoor is also going to make a guest appearance in the movie.

The film went on the floors from June 2019. Janhvi put up a picture of a film clipboard on her Instagram, with a caption stating: 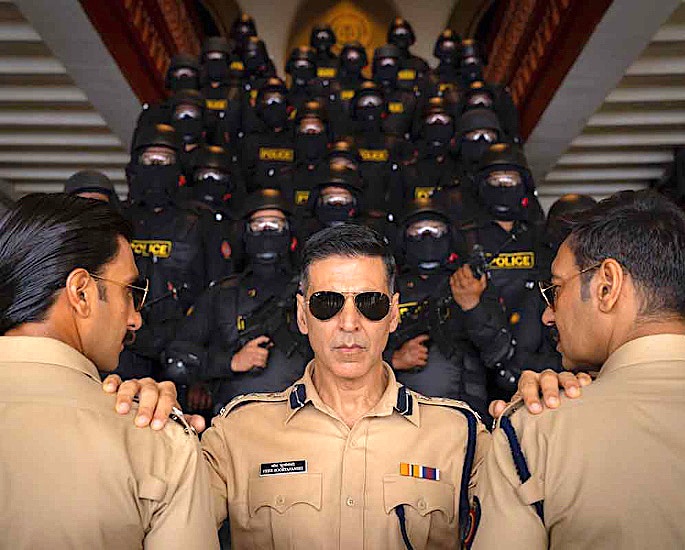 Karan Johar and Rohit Shetty are producing this movie. This is under the banners of Rohit Shetty Pictures and Dharma Productions.

With a powerful team behind it, the movie is sending out strong script signals. Akshay Kumar is playing DCP Veer Sooryvanshi, chief of the Anti-Terrorism squad.

The announcement of the character was made near the end of the film Simmba (2019). This acted as an introduction to his character.

This is the first movie of Akshay Kumar and Katrina Kaif together since the last decade.

Akshay Kumar went on Twitter to reveal the poster of the film, tweeting:

“From Rohit Shetty’s police universe, get ready for the fire-packed Sooryavanshi.” 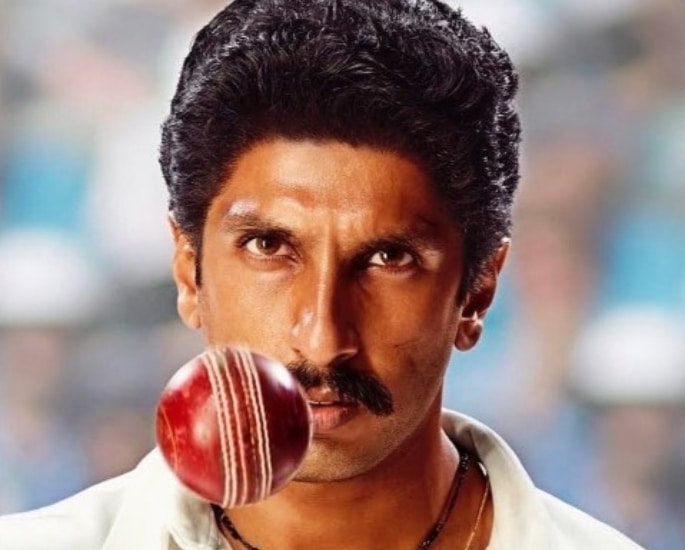 The sports film, 83 brings back the memories of the 1983 world cup triumph for all the cricket fans out there.

The movie revolves around the life of the winning captain Kapil Dev and the Indian cricket team.

Ranveer Singh and Deepika Padukone are reprising the roles of Kapil Dev and his wife Romi “Bhatia” Dev.

The cricket team cast of 83 did receive trained by former cricket players to cover all the natural aspects from that momentous tournament.

Hosts Reliance Entertainment made an announcement about the movie during September 2017. The original team members of 1983 were in attendance.

The shooting of the film has taken place around various historic and prestigious stadium across the UK. 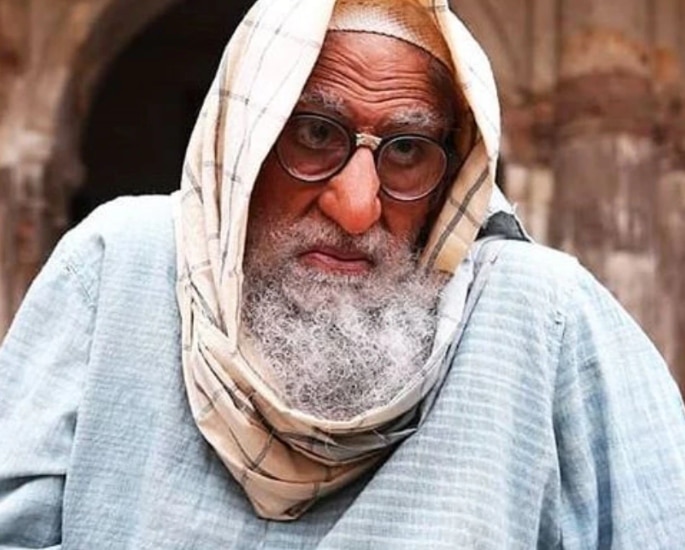 Gulabo Sitabo is a comedy film based on an Indian middle-class family and their everyday lives. The first look of  Amitabh Bachchan came out June 21, 2019, reflects the humorous side to the oldest member in the family.

In the movie, Amitabh Bachchan portrays the role of Amrish Malhotra, with Ayushmann Khurrana featuring as Sunil Kumar Shukla.

Neelam Javed (Saboor Aly) plays the love interest of Sunil in the film.

Set in Lucknow, the movie will present quirky elements of the small-town Indian family members, their thoughts, perceptions, and habits.

The drama covers hilarity and the efforts of a common man. Amitabh Bachchan put out a tweet on June 18, 2019, about starting to work in Gulabo Sitabo: 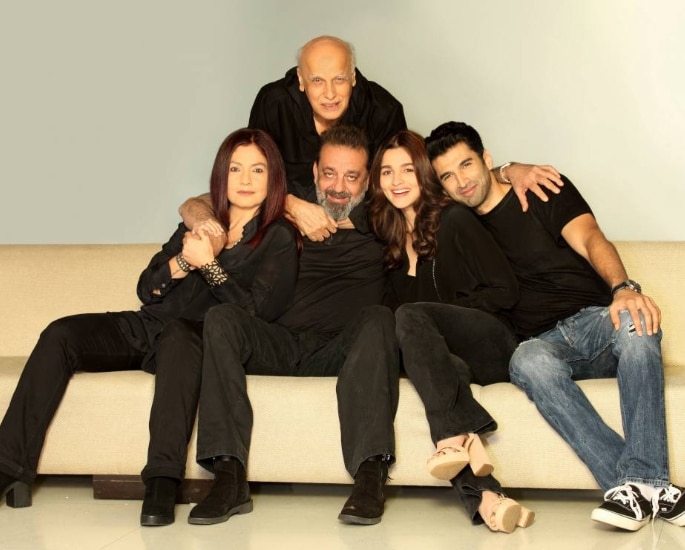 Sadak 2 is a sequel of Sadak (1991), which sees the return of Sanjay Dutt and Pooja Bhatt.

Coming back after twenty years, Mahesh Bhatt will direct Sadak 2 as he did with the prequel. Besides Sanjay and pooja, the movie features new cast members

The movie will highlight and expose a fake guru who is running a spiritual retreat.

Sanjay Dutt who is playing Ravi suffers from depression. He is protecting a young girl (Alia Bhatt) from godman Makarand Deshpande.

Pooja Bhatt (Pooja) and Aditya Roy Kapoor are key supporting actors in the film. Samidh Mukherjee makes his debut as one of the composers of the film.

To mark the seventieth birthday of dad Mahesh Bhatt, Alia Bhatt unveiled the first teaser of the film via her Instagram on September 20, 2018. 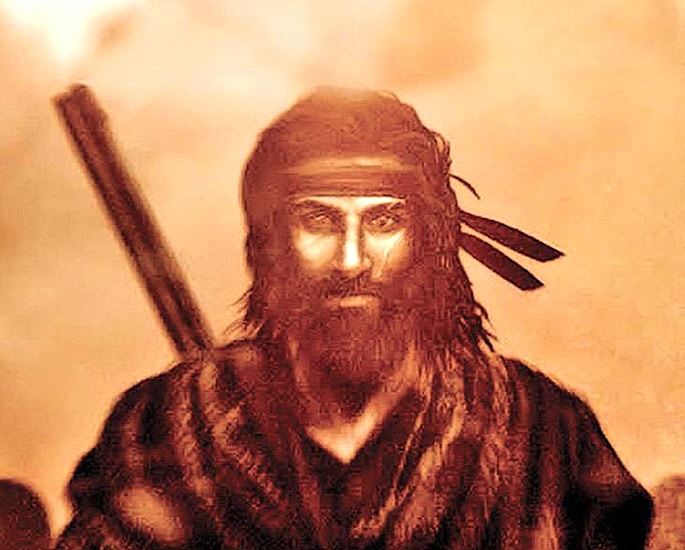 Shamshera is a period-drama film that will have a lot of action and adventure. The film has a very rich sense of screenplay.

This movie will take viewers back to the 18th century, especially focusing on the Dacoit tribe who fought against the British for their rights.

Ranbir is featuring in a double role as Shameshera and his dad. Vaani Kapoor is playing dancer Adarshini and the love interest of Shamshera.

Vaani Kapoor has undergone Kathak training to do justice with her role.

Sanjay Dutt takes on the main villain role of the film. Karan Malhotra is not only the director but also a writer of this movie. 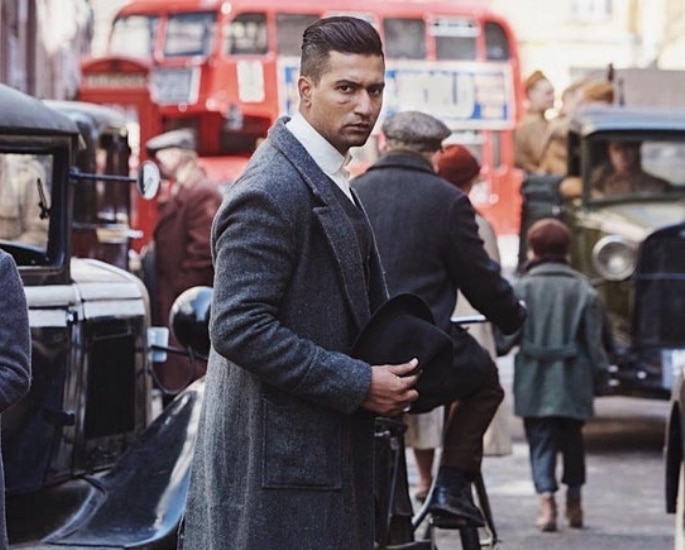 Sardar Udham Singh is a biographical movie about a revolutionary freedom fighter with the same name. Shoojit Sircar is working hard to become the best director of 2020 with him calling the shots.

Vicky Kaushal appears in a lead role as Udham Singh. The first look of the actor, which was unveiled during April 2019 stunned his fans.

The story revolves around the struggle of Singh, who fights for his country against Britain.

The filmmakers have shot the film in UK Germany, Russia, Ireland and North India. Director Shoojit Sarcar expressed his thoughts about the story to Mumbai Mirror, saying:

“I heard the inspiring story when I was just out of college, doing theatre in Delhi. I came to Mumbai with the idea of making a film on it.”

This interesting screenplay is expected to release on October 2, 2020.

It seems like Bollywood is all set to welcome 2020 with a great mixture of content. From real-life stories t0 motivational and funny scripts, Bollywood is recording exciting content on the reels for 2020.

Besides the Bollywood films mentioned above, Aamir Khan and Kareena Kapoor will feature in Laal Singh Chadda, a remake of American movie Forest Gump (1994).

Undoubtedly, there are many other Bollywood films, which will release and do well at the box office in 2020.