Model and celebrity, Kendall Jenner graces the Vogue India cover for its 10th anniversary. Mario Testino is the photographer behind the special photoshoot.

"I wanted it to stay true to the Indian spirit"

Instagram celebrity and America’s model of the moment Kendall Jenner has travelled to India for a stunning photoshoot in honour of the 10th anniversary of Vogue India.

Set to hit stands on 4th May 2017, the photoshoot sees the tall brunette model with none other than Indian actor Sushant Singh Rajput.

Peruvian fashion photographer, Mario Testino is the man behind the photoshoot. The world-famous Hollywood photographer also forms the guest editor for the May edition of the magazine. Katrina Kaif also features in the editorial with Jenner and Rajput. 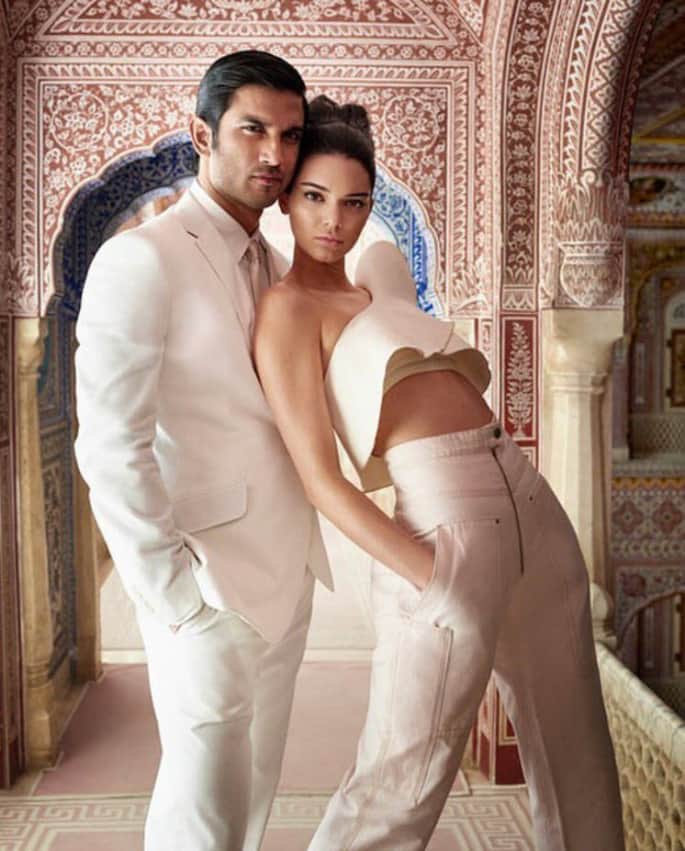 This is not the first time that Mario has worked with Kendall Jenner either. 21-year-old Jenner, who has already been on 14 Vogue covers, describes this Indian edition as somewhat special.

“He has such a young personality and I love working with him. This will probably be my most memorable shoot with him, because I flew all the way down to India for it.”

Shot in the culturally rich Jaipur, the breathtaking Samode Palace acts as the perfect backdrop for this west-meets-east collaboration. Mario and Kendall reportedly flew to India in February 2017 for only two days for the secret shoot. 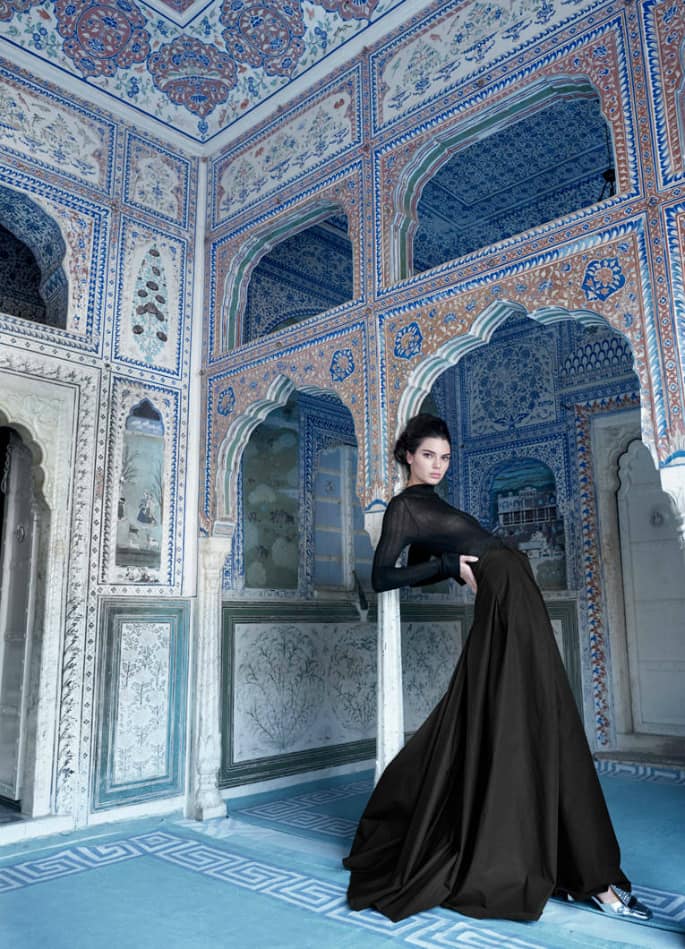 For the cover of Vogue India, Kendall stuns in a lace black mini with an asymmetrical shoulder. Inside, the editorial sees Kendall show off a number of couture pieces including an embellished dress and a stunning white ensemble.

“Different elements of India have influenced my world—and in turn this issue. It’s the people, the art, the colours, the elephants and everything in between.”

“I wanted to bring my world truly to this amazing nation, by shooting the issue in India. I wanted it to stay true to the Indian spirit,” he said in a statement.

Having Mario in India was reportedly a decade-long dream of Vogue India’s editor-in-chief, Priya Tanna. It was only once Kendall was booked, however, that the famed photographer joined the project: 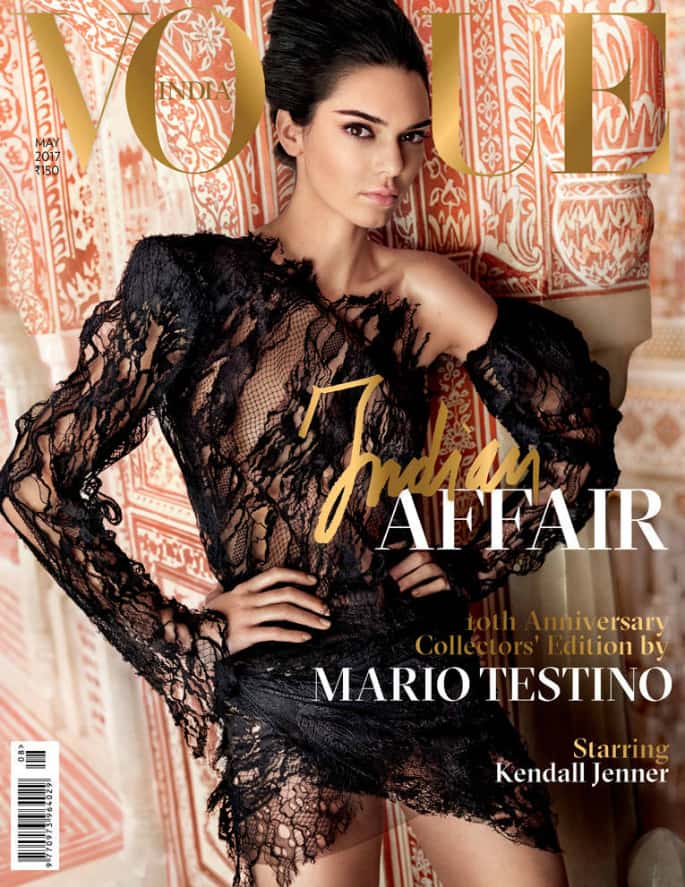 “Mario Testino is to fashion what Milan is to fashion weeks — simply indispensable. As the editor of a fashion magazine, I’ve always admired Mario’s repertoire.

“So to work with him, and share his creative vision was nothing short of spectacular. Seeing India through his lens offers a fresh perspective of the familiar,” says Tanna.

The magazine has also joined forces with the photographer in honour of Indian charity ‘Girls Rising’, which supports the education of young girls and women in India.

Mario will be releasing a limited-edition print of his favourite shot, which will be available to buy.

Watch Vogue’s behind the scenes footage of Kendall Jenner in India here: 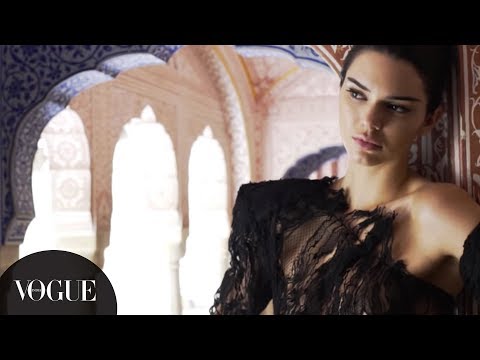 Kendall Jenner is unavoidable in the West at present.

From being on one of the most famous reality TV shows in America, Keeping Up With The Kardashians, the beauty has carved out a modelling career for herself, following her equally famous siblings, Kim Kardashian and Kylie Jenner to the path of success.

We hope that this is not the last Indian collaboration that we see from her.