Jasmin Walia enjoys the Sun and Sea on Spanish Beach

Jasmin Walia fans are left gobsmacked as she stuns them in latest pictures. Having fun in the Spanish sun, the starlet wears a red swimsuit for the beach.

As Jasmin Walia swept her long tresses back, she made sure all eyes focused on her.

Jasmin Walia sets fans’ hearts racing with her stunning pictures as she enjoys the sun and sea on a Spanish beach. The television star, who has created a new music career for herself, hit the beach as part of her restful holiday.

Spending some time at the sunny location, Jasmin showed off her stunning legs and ample assets.

Walking out of the ocean water, the star wore a glamorous red swimsuit. Looking as the ideal fit for a Baywatch film scene, Jasmin’s swimsuit included striking cut-out designs. It created a slightly edgy look that made her stand out from others.

As Jasmin Walia swept her long tresses back, she made sure all eyes focused on her. 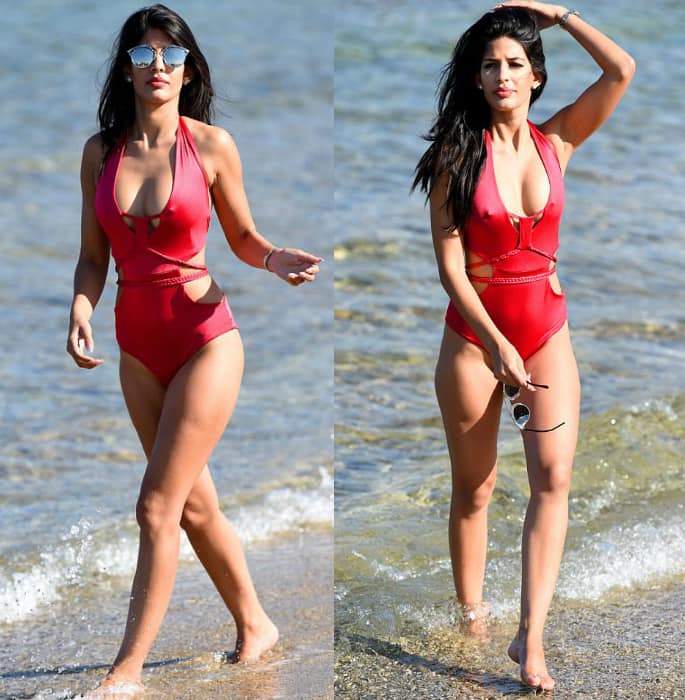 Her recent holiday in Spain comes after a short tour across the US. Jasmin Walia has been making a name for herself in their music industry, with recent releases such as ‘Temple’. Therefore, she travelled to cities such as New York and Chicago to promote her new singles.

But the star did face some initial struggles in her music career. Fans will remember back in 2014 when she audition for the UK’s version of The X Factor. Unfortunately, she didn’t pass through the audition stage.

But she didn’t let it stop her. And now, despite that mishap, she’s now currently promoting her brand new single, ‘Go Down’.

But Jasmin is no stranger to looking utterly amazing when wearing a swimsuit and hitting the beach. On social media, the former TOWIE star shares frequent images with fans of her frolicking on the beach, wearing stunning swimsuits and bikinis. 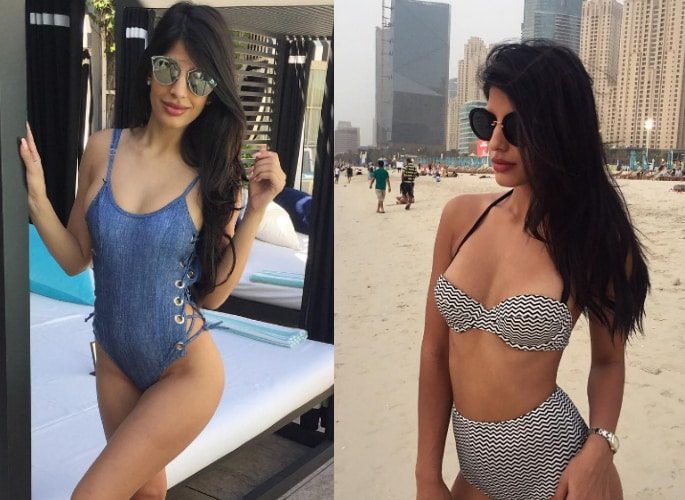 With sunglasses and pretty-in-pink lipstick, Jasmin Walia shows fans that she looks super glamorous and stylish for the beach.

And with the summer of 2017 fast approaching, many will undoubtedly appear keen to see what other captivating looks Jasmin will create.