The Last of Us 2 sees Ellie return as the protagonist. This gives an opportunity to look at the best video games to feature playable female characters.

Her manic and unpredictable mannerisms added more depth to the game

Equality between men and women is seemingly growing closer than ever before. Films now portraying strong female characters in roles would have likely been a man 20 years ago.

It is no different in video games where lots more women characters are playable. This is the same for The Last of Us 2 when gamers will take control of returning fan favourite, Ellie.

She takes on the role from Joel, the hero of its predecessor, regarded as one of the best games ever.

The hype for The Last of Us 2 is here even though developers Naughty Dog have not announced a release date.

Fans have already seen glimpses of Ellie’s bad-ass character in trailers, with her brutal methods of trying to survive in a post-apocalyptic world.

Enthusiasts will have to wait patiently for the release of The Last of Us 2. Let’s remind ourselves of some of gaming’s greatest titles to have playable female characters. 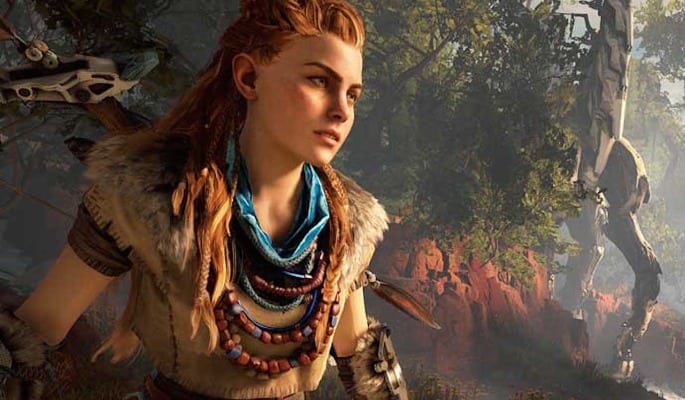 As an outcast, Aloy is mostly independent of other humans. She fights to survive and protect herself from the robotic creatures.

The original blend of hunting, gathering and stealth set in a lush, overgrown environment made the game such a compelling one.

Aloy remaining strong-willed throughout the narrative and action sequences was the main reason why the game received critical acclaim.

The character development of Aloy is clear as her confidence and personality become more interesting as the game progresses. Her ability to provide different tactical options in battle is why she is such a tough character.

Stunning visuals coupled with an original character in Aloy made Horizon Zero Dawn such a captivating game. 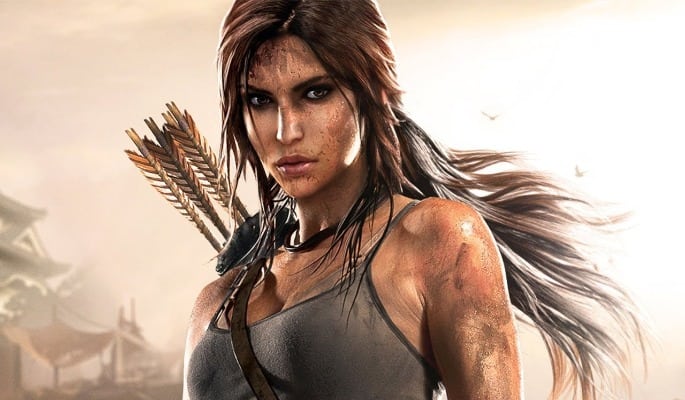 Considered to be the pioneer of female characters, Lara Croft is one of the most recognizable characters in gaming. Since making her video game debut in 1996, she has since been the titular character in 18 games.

Although the Tomb Raider series has been a success, developers Crystal Dynamics partnered with new publishers Square Enix to reboot the series which focuses on Lara Croft’s origins.

The first of the rebooted franchise centres on a Lara Croft who is not yet the battle-tested explorer that gamers have been used to in previous titles.

The game received critical acclaim, with the character development of Lara Croft being a crucial part of the game’s success. A more human portrayal of Lara Croft made the game engaging as she went from vulnerable to a strong-willed survivor.

A visually impressive but harsh setting only made the game more successful as it made gamers question how Lara would be able to survive in this type of environment with her lack of experience.

Not only was the game franchise rebooted, the film series was also revived with Alicia Vikander taking over the helm from Angelina Jolie.

The game’s success saw the sequel, Rise of the Tomb Raider released in 2015 to great triumph.

The third and final instalment titled Shadow of the Tomb Raider is set to be released on September 14th 2018.

Lara Croft’s development in character throughout the rebooted franchise has been a welcome addition to the series and has done justice to its predecessors that so many people enjoyed all through the 1990s and 2000s. 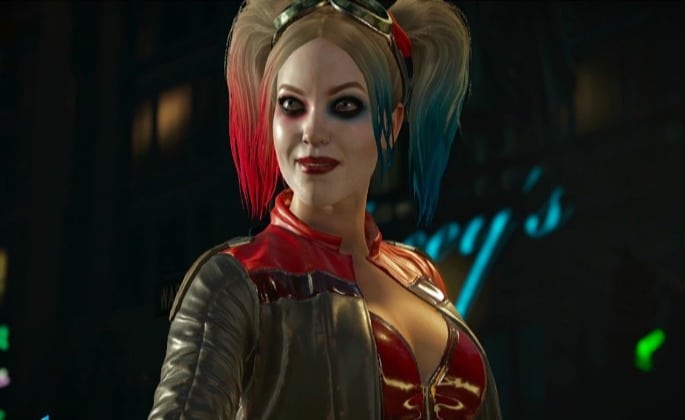 Injustice 2 was surprisingly successful upon release because even though it was a combat game similar to Mortal Kombat, it had a lengthy story mode and an engaging narrative for superhero fans.

There are lots of usable female characters in-game, but Harley Quinn is one that stands out due to her prominence throughout the story.

Harley’s manic and unpredictable mannerisms added more depth to the game, especially in a story with so many characters.

Harley Quinn is arguably the most popular female character in the game. This is due to the release of Suicide Squad, where Margot Robbie as Harley Quinn was a highlight of the film.

Playing as Harley Quinn in Injustice 2 and experiencing her eccentric personality is what made the game so fascinating. 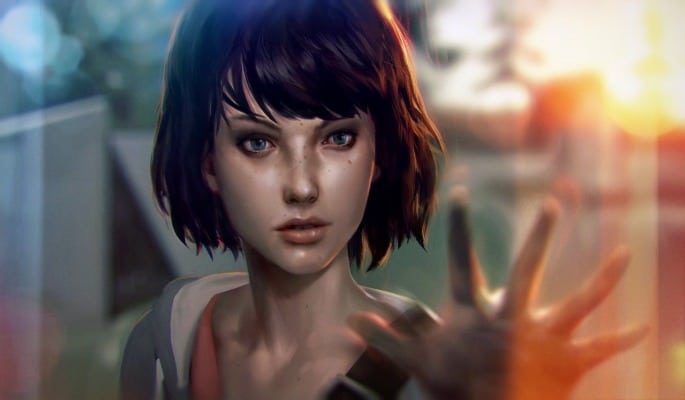 Life Is Strange is the complete opposite of the other games in this list.

Max is not as physically strong as some of the other female characters on the list. But she is determined and can go back in time at that moment.

When she foresees a storm approaching and her best friend Chloe returns to town. It’s up to Max to prevent the storm from destroying the entire town by using her time travelling ability.

Even though Max can go back in time to change things, she enacts the butterfly effect.

An original story and episodic format made the game a massive hit with critics. The game was primarily choice based with each choice potentially having an effect later on in the game.

Some choices made players think and even question their own morals in the choices that they were making.

Player interactivity was a good addition as it showed the percentage of players who picked a particular choice.

Life is Strange is not as mainstream as the other games in this list, but it addressed many themes such as identity, friendship, bullying etc. These subjects, along with more taboo ones were covered very well throughout the game and kept the story engaging.

Max’s character development throughout the game was evident as she comes into her own as the game progresses.

The emotionally charged story and Max’s time travel ability is what made this indie adventure game an instant hit. 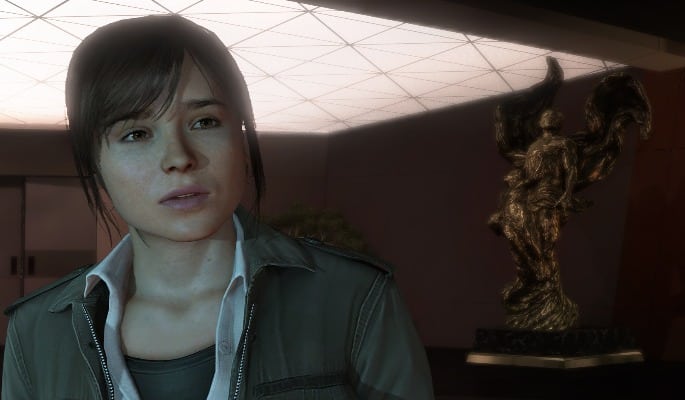 Another choice based game features on the list, this time with Beyond: Two Souls. Gamers play as Jodie Holmes and a separate soul named Aiden linked to Jodie since birth.

Jodie possesses supernatural powers through her psychic link to Aiden.

Beyond: Two Souls follows a non-linear story as chapters set at different stages in Jodie’s life. Playing as Jodie from a young girl to adult, while learning to control Aiden.

The PlayStation 4 edition introduced the choice to play the game in chronological order. The original order is the better version as it gave a sense of Jodie’s abnormal life.

Jodie’s character is an emotional one throughout. This is different from the other female characters on this list as they are portrayed as strong and less emotional.

Beyond: Two Souls showcased the increasing equality of women in video games. Actress Ellen Page was cast as Jodie and supporting character Nathan Dawkins was portrayed by Willem Dafoe.

Having Hollywood actors portray video game characters have shown an increase in popularity for video games in general.

The portrayal of Jodie by Page was a positive as well as the technical detail in the game’s graphics.

Jodie’s willingness to do what she can to help other characters makes her one of the best heroines in video game history.

In a surreal game, Jodie’s life and her personality make her one of the most complex characters in this list. 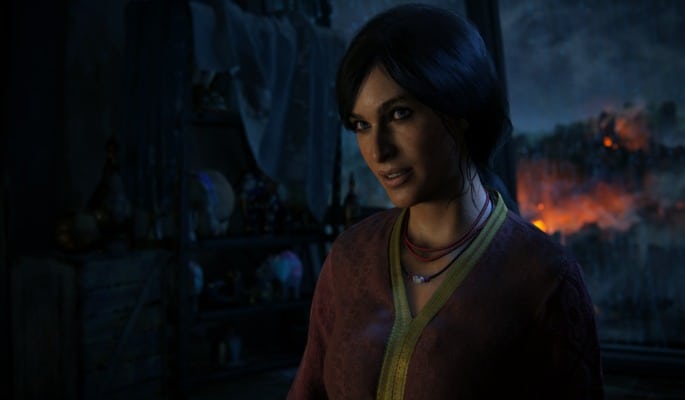 An Uncharted game without Nathan Drake was something that seemed impossible. However, in 2017, it became reality with the release of Uncharted: The Lost Legacy.

Players were able to play as Chloe Frazer who has been a supporting character in previous titles.

While the game followed a linear format, the game featured stunning environments and a large map. This gave players the chance to explore different paths.

The graphics of Uncharted: The Lost Legacy are as impressive as Uncharted 4: A Thief’s End. The story managing to be unique and engaging without being similar to previous Uncharted games.

In previous games, Chloe has always been a strong-minded character but always looked out for her own interests. However, in this game, Chloe comes out of Nathan Drake’s shadow as a formidable protagonist. She evolves throughout the story, becoming a more heroic individual and looking out for others.

The chemistry between the characters has always been strong in the Uncharted series. It continues in the latest title, even without Nathan Drake.

These female characters are part of some of gaming’s greatest titles. They have all contributed in their own unique way, whether it’s their personality or any special powers that they have.

They are part of the rise of females in the gaming world. It will only be a matter of time before there is a female character from South Asia.