FIFA Ultimate Team is the most popular game mode but is focusing on competition. This could make FIFA become too competitive for average gamers to enjoy.

The FIFA series has been a success since it’s debut in 1993 when it was known as FIFA International Soccer.

At least one FIFA licensed game is released each year. The latest title, FIFA 19, will be made available later in 2018.

Over the years the sports game has, without a doubt, become hugely popular, establishing EA Sports as one of the biggest gaming developers in the world.

FIFA Ultimate Team (FUT) was introduced with FIFA 09, five months after it’s release. It was intended for players who wanted to play online against other players from around the world with their own custom team.

It has remained and been developed in every FIFA release since then and is the most popular game mode. With the number of FIFA Ultimate Team players growing rapidly, it has also become more competitive.

However, different factors could now be making the game mode too competitive and less enjoyable for average gamers. 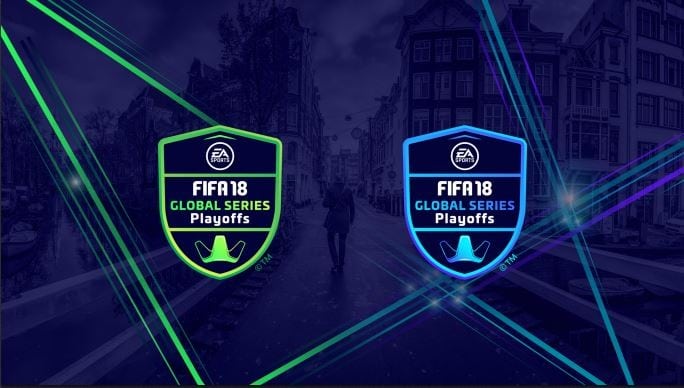 In recent years, eSports have rapidly grown in terms of popularity and scale. A range of games are a part of eSports competition and FIFA is one of the most popular.

There are multiple eSports events throughout the year which take place across the world and are broadcast on TV.

The growth of FIFA in eSports have seen big football teams such as Manchester City and Paris-Saint Germain sign professional FIFA players to represent them at events.

The prize pool for events has also increased rapidly. The total prize money for the 2018 FIFA eWorld Cup is $400,000 where the winner will receive $250,000 when the tournament begins in August.

Although it is possible, it is very difficult for non-professional FIFA players to qualify for these major events.

This does not have a massive effect on the game becoming too competitive because it is a small number of players who play FIFA this way. They run on closed networks so its impossible for a casual gamer to play against someone in an eSports tournament.

It can be time-consuming for players who want to compete in these tournaments. They spend several hours a day playing FIFA to improve as a FIFA player so they can be successful when playing in eSports tournaments.

Professional FIFA player Tassal Rushan, also known as faZe Tass, says that he plays for “up to 10 hours on some days”.

Playing for several hours per day is something that professional FIFA players do regularly as it is their career.

However, it can have a bigger effect on casual gamers. They become so focused on trying to win that the game becomes less of a hobby and more of a competition.

The game becomes stressful for players who only focus on winning, so when they lose, they can’t accept it. 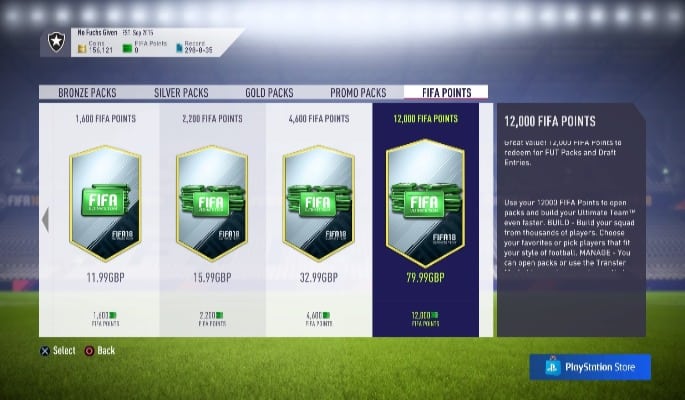 Microtransactions are very common in today’s video games such as FIFA and Fortnite. People pay extra for new items to possibly give them an advantage.

Microtransactions can become expensive for the player and have caused controversy in the gaming world.

This is the same for FIFA Ultimate Team where gamers can spend their cash on FIFA points.

FIFA points are used to buy packs, which doesn’t ensure a good player. This is frustrating for players who use FIFA points just to get nobody worthwhile.

FIFA points build up in-game coins, which are earned by playing matches, at a much faster rate. This enables gamers to create better teams quicker.

When matching up against an opponent, gamers tend to come up against a team with similar players to the last team. There is no variety in the gamer’s teams as there were in previous FIFA games.

Cristiano Ronaldo is one of the most expensive players to buy in FIFA Ultimate Team and is a ‘meta’ player. This is because he gets past most defenders and scores with fewer chances.

Because of FIFA points, many gamers are able to have Ronaldo and boosted versions of his card in their team.

This is frustrating for average gamers who constantly match up against high rated teams.

They have a small chance against these type of teams and lose the enjoyment of the game when they feel that they have to spend a lot of the time competing against them. 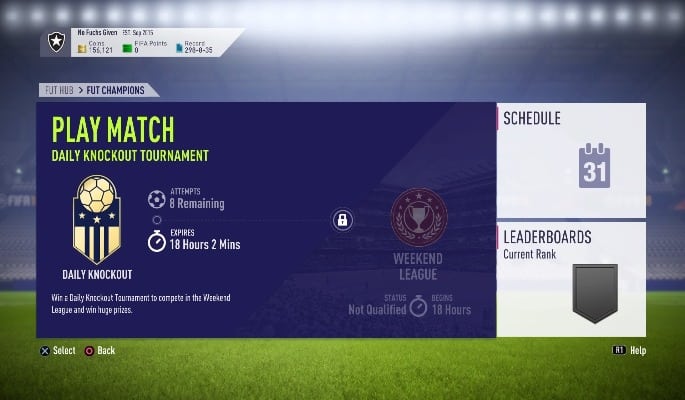 FUT Champions has been a part of FIFA Ultimate Team since FIFA 17 and targets gamers who wanted to compete at a higher level.

It is the most rewarding mode with weekly coin and pack rewards awarded to gamers which increase in value depending on how well the gamer does in FUT Champions during that specific weekend.

Gamers play up to 40 games over the weekend against some of the best FIFA players, which makes it the most competitive game mode. It is even possible to match up against professional FIFA players.

FUT Champions can become very time-consuming. Even though it is optional to play all 40 matches, gamers play them all to maximise their chances of getting the best ranking possible.

This has had a negative effect on some gamers who have become burnt out from playing 40 games every weekend.

Gamers that complete all 40 games end up playing seven to eight hours a day against the most competitive FIFA players.

Playing 40 games every weekend can affect a gamer’s personal life. This is why they stop enjoying FIFA because of their drive just to compete.

The stress to compete in FUT Champions every weekend has also affected professional FIFA players.

“I have decided to resign from team FUTWIZ and quit pro FIFA altogether as I am really not enjoying playing anymore.”

“As sad as it sounds, yes this game (FIFA 17 and 18) did take over my life and really started to affect my personal life (work, study and relationship) due to the amount of time you’d have to play to try to be one of the best.”

Although gamers still play FUT Champions, many have stopped playing because they are not enjoying the game. They are playing it like a competition rather than enjoying it as a pastime.

Gamers play video games for enjoyment, not to compete. Gaming competitiveness is good because players want to improve at the game but also appreciate it at the same time.

If FIFA focuses on making the game more competitive, players will also focus on competing against other players. Therefore, it becomes less enjoyable for those who simply want to have fun.