Battlefront 2 has players in an uproar before its official release due to multiplayer madness. DESIblitz investigates the controversy surrounding EA.

Some players feel scammed as they are expected to put in 40 hours of gameplay or pay extra to unlock key game features.

Now more than ever, players are frightened for the future of gaming; as actual skill holds rapidly decreasing value in online multiplayer.

Instead, the players most likely to succeed are those with more real-world wealth.

It all began with the infamous ‘loot crates’. These are virtual boxes that when purchased within the game award players with mystery bonuses.

Critics say that they are essentially a gambling tool. This is because they only reveal the contents after the payment is received. And some content is more useful than others.

By the laws of probability, players who choose to buy these are more likely to get game-changing items than the players who don’t.

One example of how this discriminates against players who don’t purchase these loot crates is the Sniper Class.

The Sniper Class enables players to use a pair of thermal binoculars that can detect other players within a certain proximity. 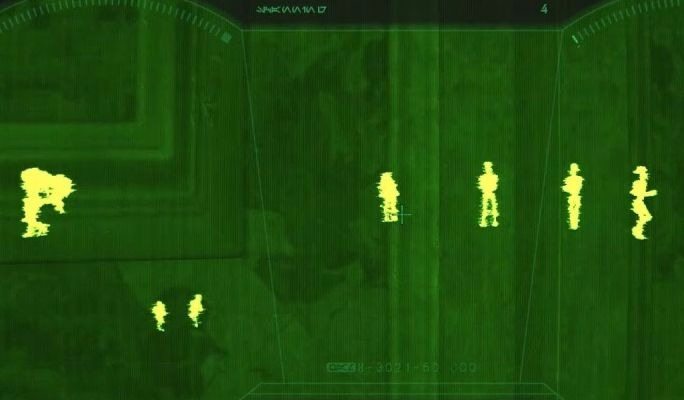 However, if players equip a certain ‘Star Card’ from a loot crate, the proximity is greatly enhanced. This overpowers the ability to the point where players who don’t purchase loot crates have slim chances of competing.

This is just one example of the ways producers DICE and EA diminish players who refuse to purchase microtransactions within Battlefront 2.

What really upset Battlefront 2 players was the extreme way EA and DICE expected them to unlock hero characters.

Players can earn in-game credits through gameplay. These credits can then be used to purchase loot crates or characters.

Characters such as Darth Vader or Luke Skywalker were priced at 60,000 credits, which adds up to around 40 hours of gameplay. This is assuming that no other in-game purchases are made.

Understandably, players were outraged by this. Especially considering that credit earnings are capped. After players have finished five Arcade challenges, they are told to come back in 14 hours to earn more.

The developer’s response to this was posted on Reddit where they said that they wanted players to have a sense of ‘pride and accomplishment’ from unlocking characters. 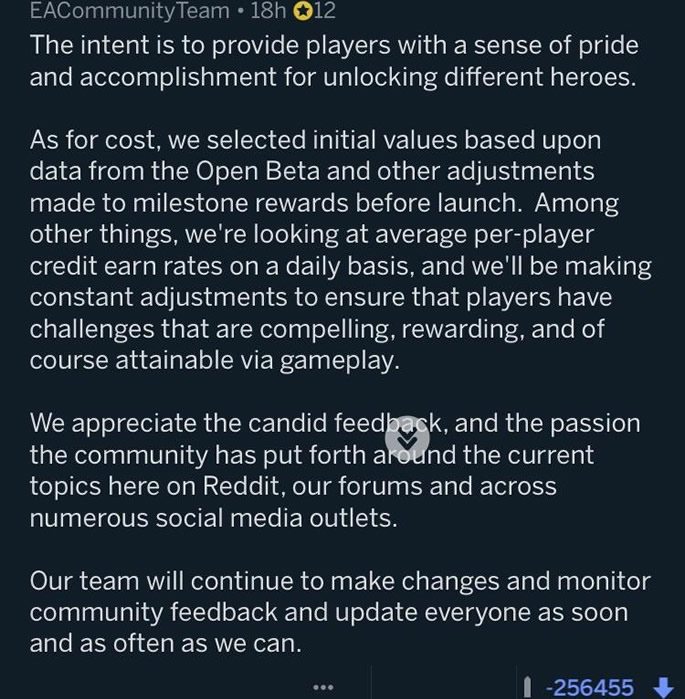 An unrealistic expectation of spending 40 hours to unlock certain characters has left some players feeling robbed. As they have paid between £49.99 and £69.99 ($60; Rs 3,999) for the Star Wars experience, yet it plays as if it is a free-to-play game.

Ed Barton from Ovum said: “The controversy is, ‘I’ve paid $60, let me have the experience’.”

Following the player backlash, EA and DICE decided to reduce the credits required to unlock special characters from 60,000 to 15,000. This was on the same day.

In a statement, they said that ‘it’s a big change and it’s one we can make quickly.’

Some may see this as EA and DICE listening and being accommodating to their audience. However, others may view their rapid backtracking as an indicator of trying to test the waters of microtransactions. Almost as if they preempted a backlash and had a palatable fallback position prepared for it.

Though the issue of the character cost is somewhat settled, the issue with loot crates is still very prevalent.

Fan-site Star Wars Gaming has estimated the cost of unlocking everything as roughly $2,100 (£1,597).

Such microtransactions have been temporarily halted however EA plans to add them again ‘at a later date.’

In-game purchases like these are increasingly encroaching multiplayer games and are now becoming the norm.

Activision, for instance, has initiated its plans to encourage in-game purchases with their recently won patent.

Such bold steps by EA and DICE are the test missiles of the ‘play to win’ regime, and pave the way for more drastic microtransaction systems within games.

UPDATE: On the YouTube podcast BaerTaffy, game designer Edmund McMillen (Super Meat Boy, The Binding of Isaac) spoke about the microtransaction controversy. He stated that Plants Vs Zombies creator, George Fan, was fired by EA for not agreeing with pay-to-win mechanics in the Plants Vs Zombies mobile sequel.

George Fan tweeted: “Regarding recent rumors [sic], it is true I was laid off by EA/PopCap, and also true that I was against making PvZ2 a freemium game. That’s all I’ll say on the matter for now.”

Following the intense backlash, EA has since removed ‘all in-game purchases’ from Battlefront 2, alongside an apology to players on Twitter:

Today, we turned off in-game purchases for #StarWarsBattlefrontII. The game is built on your input, and it will continue to evolve and grow. Read the full update: https://t.co/asGASaYXVp pic.twitter.com/vQSOmsWRgk

What are your opinions on microtransactions? Do you mind spending money to unlock items and characters? Let us know your thoughts on the poll below!

Xbox One X ~ the Best Console for Gaming in India?
Yoga Teacher loses over £11,500 via Facebook Account Fraud