With gorgeous graphics and a compelling script, it's clear Sony plans to make VR a larger and cohesive experience.

Fans of gaming all gathered to partake in the excitement of Paris Game Week 2017. Between the 1st – 5th November, it offers players the chance to experience thrilling games and discover new announcements.

Each year, this convention grows bigger and better than ever before. With multiple halls containing numerous titles, it offered plenty of fun and thrills for all.

It even witnessed eSport fans battling it out in games such as FIFA 18, Rainbow Six Seige and Rocket League – just to name a few.

However, the main excitement came from the tantalising announcements and reveals made at Sony’s keynote.

As the fun of Paris Games Week 2017 comes to an end, let’s take a look at some of the best game reveals. 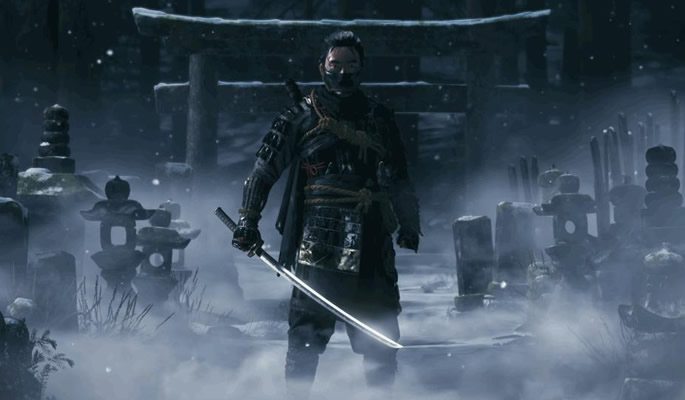 Ghosts of Tsushima acts as the latest offering by Sucker Punch, the makers of the highly-popular Infamous. With a polished reputation, we should expect good things from this title.

This new game looks set to explore the feudal-era of Tsushima, Japan in the 13th century. An open-world, action game, Ghosts of Tsushima allows the player to take on the role of a resurrected samurai warrior.

Combine this with a unique setting and potential supernatural themes, could this game be a classic in the making?

Judging from Sucker Punch’s past games, this looks likely to be a PlayStation exclusive. 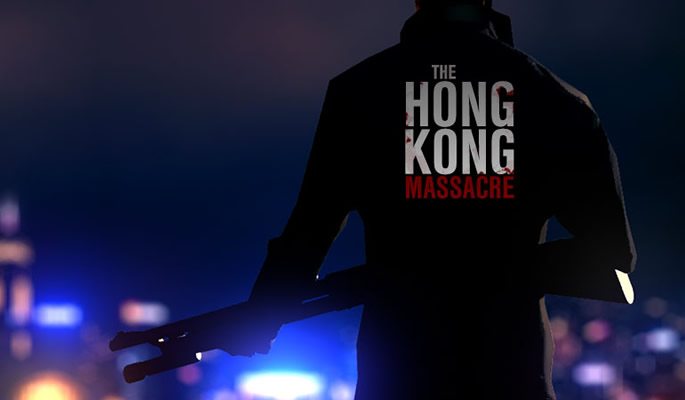 Some gamers may have heard of The Hong Kong Massacre back in 2014 when it was first revealed. But Paris Games Week 2017 marked its fully-fledged announcement.

This top-down view, shooter title will feel reminiscent to RUINER and Hotline Miami. Not just in its gameplay, but also with its fast-paced violence and a film noir-style aesthetic.

Vreski, its developers, adds that players be tasked with hunting down a Japanese gang leader. Taking place in modern-day Hong Kong, you can choose from a range of locations on the map to start your gameplay, with more unlocking as you advance.

It will also include the power of slowing down time. Aiding players in their gory massacres. The Hong Kong Massacre will release for PC, Linux and Mac, as well as PlayStation for 2018. 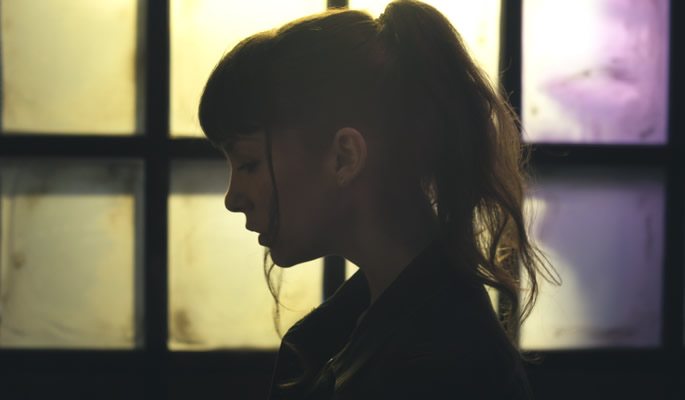 The groundbreaking Erica, created by Flavourworks, works as an interactive, live-action drama. One that gives players the power over the characters’ fate.

Following the journey of the titular character, Erica, players serve as “active participants” where every interaction or touch matters. Haunted by her childhood, the heroine attempts to catch a killer with which her memories may aid her.

However, this crime thriller descends into one that plays with trust as alternating accounts of the past clash.

Part of the PlayLink Initiative, players can grab their smartphones for this title as you control it with your device. Creating an immersive experience that feels fresh and exciting.

With its theme and bridging the gap between film/video game, this title has a lot of similarities to Heavy Rain. Whether it will succeed as well as this classic remains to be seen. 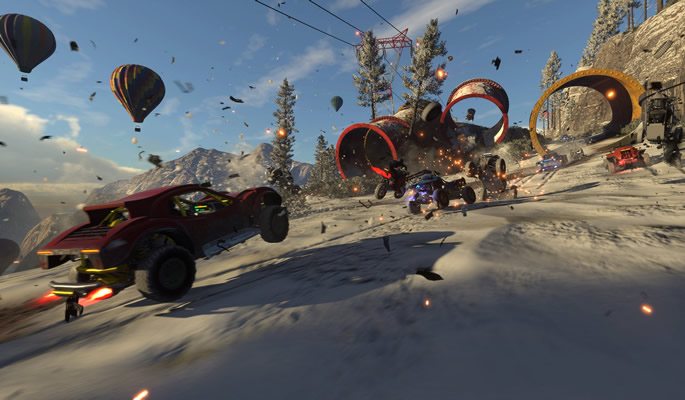 For those who love avid, arcade, racing games, Onrush may just be the one for you! Injecting a sense of fun back into the racing genre, which has arguably become saturated with franchises such as Gran Turismo amongst others.

Players will drive a range of off-road vehicles, such as cars and motorcycles, across various tracks. From snowy to hilly terrain, it promises to deliver excitement and fun.

With fast-paced, rocket-powered, explosive action, players have usually seen this poorly executed in the past. But Onrush seems to have revamped this element of racing to a whole new level.

Made by the team behind Dirt and F1 franchises, we can expect a high standard from this new, arcade racer; making it stand out from the rest.

The game is scheduled to be released in 2018 for PlayStation 4 and Xbox One. 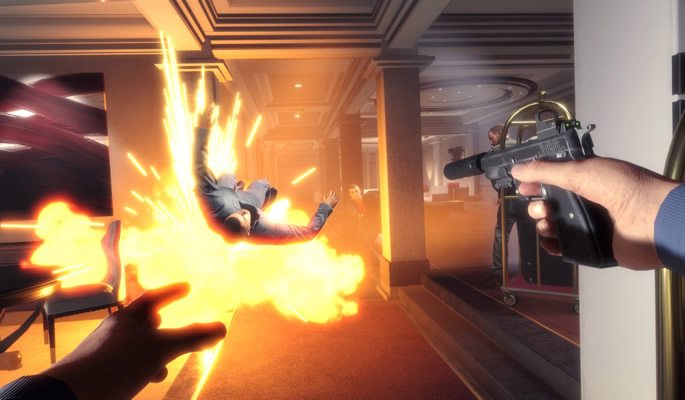 Blood and Truth brings new ambition to create an innovative Virtual Reality (VR) experience. Taking inspiration from the potential The London Heist, it acts as a first-person shooter.

Set in the murky crime world of London, the player takes the role of an ex-soldier. Forced back into the drama of his criminal family, this upcoming title promises plenty of action and challenge to gamers.

With gorgeous graphics and a compelling script, it’s clear Sony plans to make VR a larger and cohesive experience. Much more so than previous titles, aimed solely for VR. For example, its gameplay shows in-game puzzle solving, shooting, bomb placing and much more.

The Shadow of the Colossus 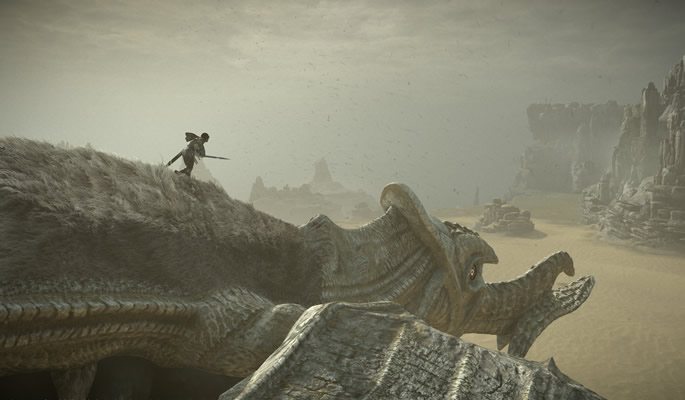 Back in 2005, Shadow of the Colossus first made its appearance for the PlayStation 2. Impressed with its visual graphics and thrilling gameplay, it remains a favourite for players of that console generation.

Now, 12 years later, it makes a return with an announcement at Paris Games Week 2017. This time with improved graphics to match with the powerful gaming engine of the PlayStation 4.

Aside from this, the story remains the same. A young man must defeat sixteen colossi in order to save the life of an unknown girl. In fact, Sony Worldwide Studios President, Shuhei Yoshida claimed the game is “the same”, but containing “a more modernised way to play”.

Despite a lack of innovation, some may see this in a positive light. Instead looking upon it as the chance to re-experience this classic game with the power of the PlayStation 4.

This remake is set for a release in February 2018.

With Paris Games Week 2017 finished for another year, developers have revealed an array of exciting, upcoming games. From the fun Onrush to the innovative Erica, it seems 2018 is set for a mixed selection of titles.

The event also highlighted Sony’s ambition to bring fresh games, packed with riveting gameplay and features. For example, if Blood and Truth does indeed succeed in its plans to set a higher standard in VR, then we can only expect greater things in the future.

We can’t wait to see what lies ahead for gaming in 2018, thanks to this marvellous event!