At the T20 World Cup in Australia, India defeated Pakistan in a thrilling match, with Virat Kohli producing an excellent performance.

"Well, it's a surreal atmosphere. I honestly have no words."

Virat Kohli produced an inspired performance as India won a thriller against Pakistan.

The fixture was one of the most anticipated matches of the T20 World Cup and fans packed into Melbourne Cricket Ground to watch the rival teams battle it out.

Pakistan got off to a slow start, with just one run in the opening Over stemming from a wide ball.

Things got worse for Pakistan when captain Babar was dismissed for a golden duck via lbw.

India continued to pile pressure on Pakistan, with excellent bowling preventing the men in green from scoring runs.

Pakistan’s poor performance continued as Rizwan went out in the third Over, taking their score to 15-2.

Pakistan eventually settled down and despite a few close calls, they were 60-2 by the halfway point of their innings.

Iftikhar Ahmed had a strong performance but in the 12th Over, he was dismissed by lbw. He scored 51 runs off 34 balls and Pakistan were 91-3.

The side began taking risks to amass runs, however, there were more wickets falling. 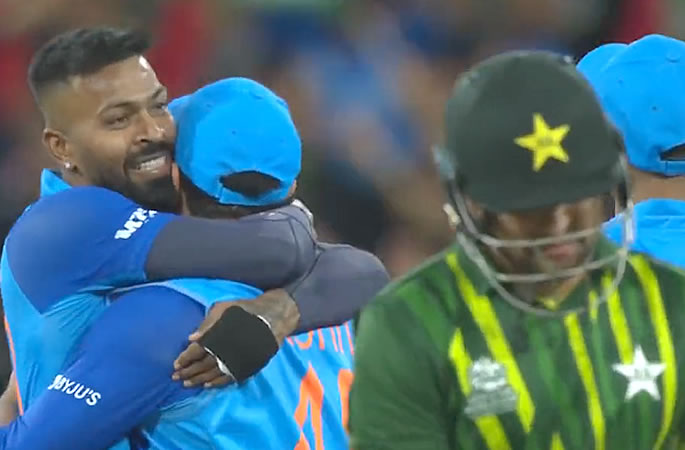 As Pakistan neared the end of their innings, big hits from Shan Masood took their score to 149-7. He made it to the end as Pakistan ended with 159-8.

With India needing 160, the side suffered an early casualty as KL Rahul was bowled out.

The likes of captain Rohit Sharma and Suryakumar Yadav were also dismissed early, leaving India with a score of 26-3. 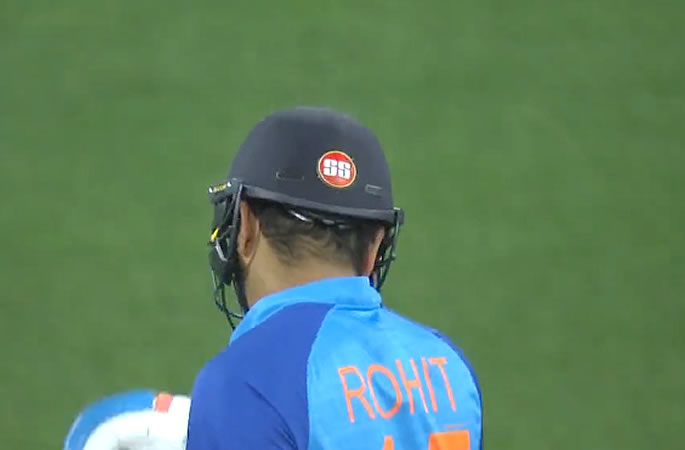 Things looked bleak for India, however, Virat Kohli was putting on a massive performance.

India hit 100 by the 15th Over and it looked like fans were in for an exciting finish.

Kohli reached his half-century as India reached 129-4. More big hits from Kohli, including back-to-back sixes, left the side needing 16 from the final Over.

But two dismissals put India on the brink of defeat, with the side needing two runs off the final ball. 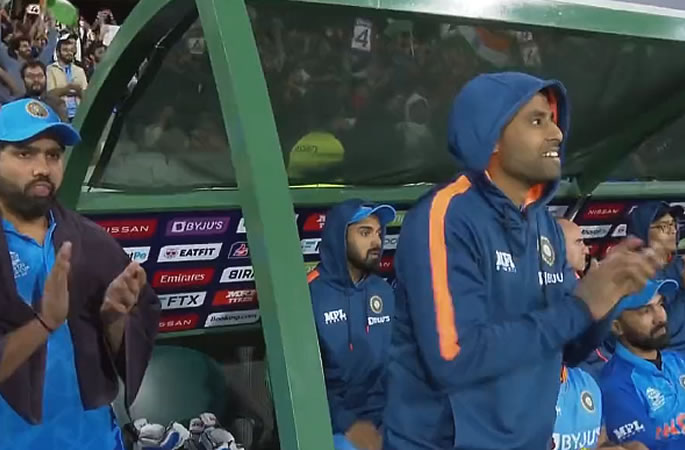 With an unbeaten 82 runs off 53 balls, it was no surprise that Kohli was the player of the match.

After the match, Kohli said: “Well, it’s a surreal atmosphere. I honestly have no words. I have no idea how that happened.

“Hardik kept telling me, just believe we can stay until the end. I’m lost for words.

“Well, I think when Shaheen bowled from the Pavilion end, I told Hardik we have to take him down. The calculation was simple.

“Nawaz had one over to bowl, so if I could take Haris down, they would panic. It came down to 16 off 6. I’m kind of lost for words.

“It’s [two sixes vs Rauf]  just instinctively I saw it, told myself to stay still.

“The one at long-on was unexpected, it was a back-of-a-length slower ball. The fine leg one, I just threw my bat at it.

“But with the situation we were in, I pick this one as my best. It seemed impossible.”

“All these months when I was struggling, you guys [the crowd] kept me going. Thank you so much.”

Babar said: “A tight game. We started well in our bowling, and then all credit to Hardik Pandya and Virat Kohli. They shifted the momentum and finished the game well.

“It’s not easy with the new ball, with a little bit of swing and seam. We had a chance, and we just asked the boys to believe in themselves, but again credit to Virat Kohli.

“We needed a wicket, that’s why we utilised our main bowlers [keeping Nawaz for the end].

“A lot of positives. The way Iftikhar played, the way Shan [Masood] played and finished the innings was good for us.”

Dhiren is a journalism graduate with a passion for gaming, watching films and sports. He also enjoys cooking from time to time. His motto is to “Live life one day at a time.”
The Bizarre reason why #ArrestKohli is Trending
Ranveer Singh Enjoys a Wild Night of MMA Action