8 Incredible Power Cars of 2018 and Beyond

As 2017 nears the end, DESIblitz takes a look at the upcoming power cars of 2018 and beyond. From supercars to electric powertrains, this list has it all.

Project One has the identical powertrain of Lewis and Nico’s F1 cars which can take it to over 1,000hp!

Ask anyone what they would have on their list of dream things to buy; a power car would likely be on the top. With advancing technology, upcoming power cars look better than ever before.

From autonomous electric engines to the first F1 road car, the future looks set to become dominated by outstanding vehicles.

These amazing power cars could change the way we think about driving. Once regarded as a necessary mode of transport, manufacturers have reinvented them into lavish, spectacular vehicles that you wish you owned!

DESIblitz has compiled the best upcoming power cars of 2018 and beyond. Some of which featured at the prestigious Frankfurt Motor Show 2017 in Germany. 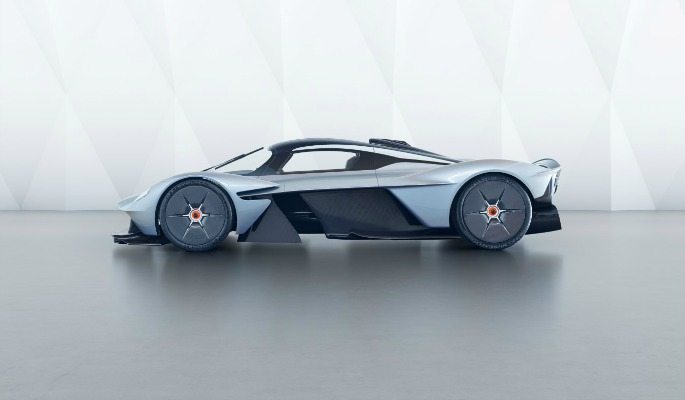 One of the most highly anticipated power cars of the year, Aston Martin has finally released a closer look. A joint collaboration with F1 Team Red Bull’s Adrian Newey, things couldn’t get any more F1 with Aston Martin Valkyrie.

The 6.5 litre Cosworth V12 engine goes from 0-60mph in 2.5 seconds; a highly attractive feature of this luxury vehicle.

The steering wheel is detachable much like an F1 car, to help with entering and exiting. It will also contain the switchgear, allowing the driver to focus on the road. However, what sets the Valkyrie apart from others is Newey’s F1 aerodynamics.

“It’s been a tremendous challenge to make the interior packaging work. We’ve embraced Red Bull Racing’s Formula One ethos and approached from a different angle than conventional road car design.”

Aston Martin Valkyrie is expected to arrive in early 2019, estimated to have a price tag of $3.2 million (approx. £2.4 million). 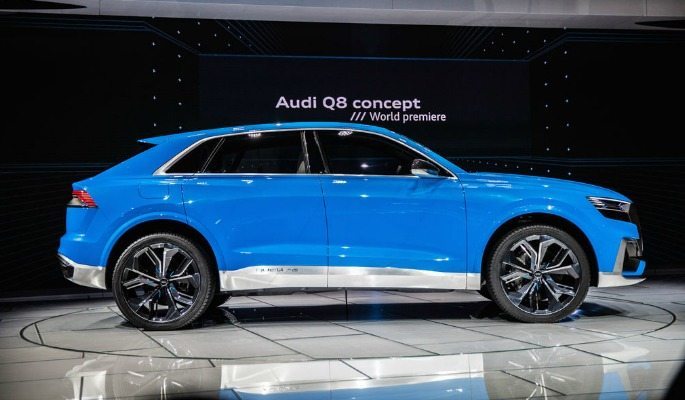 The sporty Audi Q8 will give the typical Range Rover a fright when it hits the road in mid-2018.

It may seem smaller than the Q7, with two rows instead of three. But seating for five people is expected to go into production. This elegant hybrid features touch screens inside, bringing technology to a whole new level in the Audi series.

The Audi Q8 also hosts an 8-speed automatic gearbox, and on electric can run up to 37 miles. Although, the lithium battery will need two hours to fully recharge.

Ivkiran Kaur, 20, from Slough, however, was not impressed with the overall concept. She said: “It does not look elegant at all, I think the grill is too big, and it looks too bulky to be elegant.” 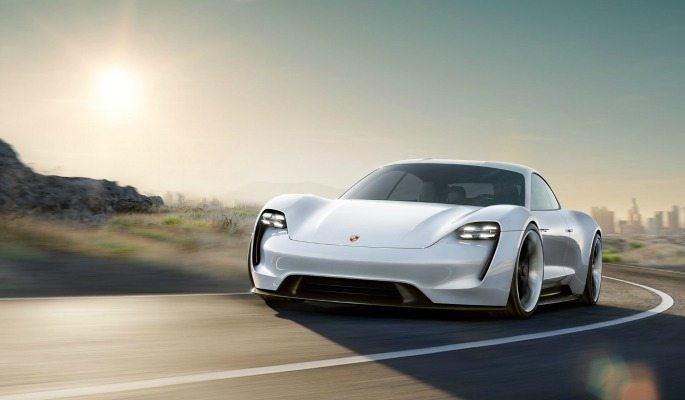 This electric-powered car took inspiration from the winning Le Mans 24 hours Porsche 919 Hybrid racer. From 0-62mph in 3.5 seconds with over 600hp, this is the start of Porsche’s electric years with their power cars.

It boasts an 80% battery charge in just 15 minutes and will update via Wi-Fi and over-the-air options. The Porsche Mission E will also include 3D digital displays on the dash, and the wheels automatically gain power individually to maintain high grip.

Zara Ahmed, 29, from Manchester, said: “(It is) a really nice looking car and the best thing about it is that it is almost fully charged within 15 minutes. The downside is probably the price tag and also the fact that there’s isn’t many charging ports around the country which would limit your journeys.” 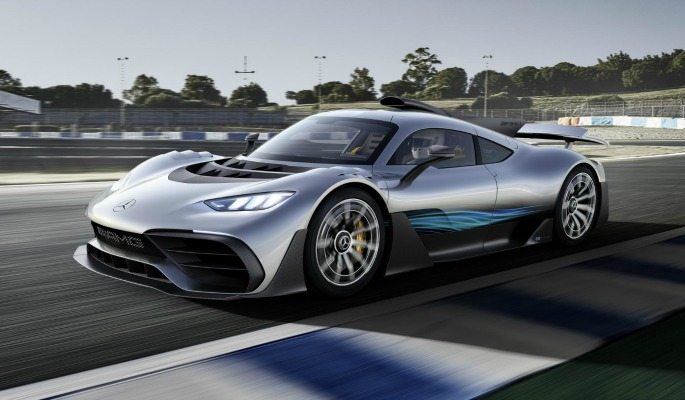 With input from the one and only F1 driver Lewis Hamilton, we couldn’t ignore one of Mercedes’ highly-anticipated power cars. A dream vehicle for many, this powerful beast is a 1.6-litre turbo V-6 hybrid. A big competitor that could scare the Aston Martin Valkyrie.

Project One has the identical powertrain of Lewis and Nico’s F1 cars, which can take it to over 1,000hp! Not only that but it also can go from 0-124mph in less than 6 seconds!

The car has four electric motors, with the front motors solely controlling the electric force. With a speed of over 200mph, and a mind-blowing 11,000 rpm redline, Project One is in deadly demand.

Similar to the Valkyrie, it has a shape that is dedicated to downforce gains; concentrating on F1 aerodynamics to make it faster. Expected to arrive in 2019, its estimated price range will start at a staggering £2.45 million. Unfortunately, 275 of the cars have already been ordered. 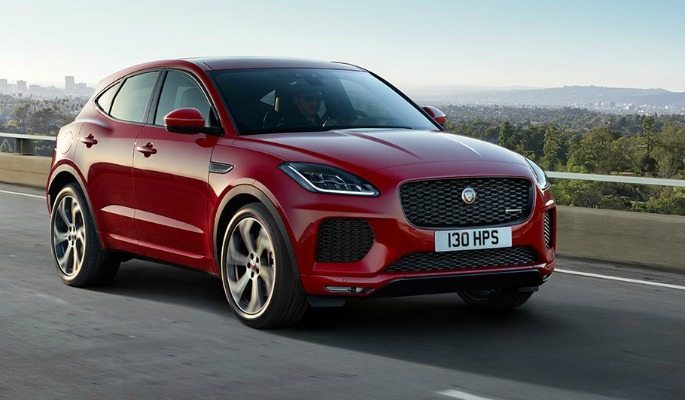 Not to confuse with the I-Pace, the Jaguar E-Pace boasts of 246hp with a 2.0-litre turbocharged engine. This power car is a 5 passenger vehicle, taking on a sporty design similar to the F-Pace.

Going from 0-60mph in 5.9 seconds and with a top speed of 151mph, one can easily compare it to the F-Pace. But the E-Pace is more concentrated on the sporty aspect. It’s heavy, at 1700kg, but Jaguar claims this makes the car sturdier and realistic.

“We worked hard on storage like never before. We’ve embraced it and worked hard on it, as we were not known for it before. Now it’s class-leading. There’s lots of space in the car and it has a stylish exterior. It’s a very usable car.” 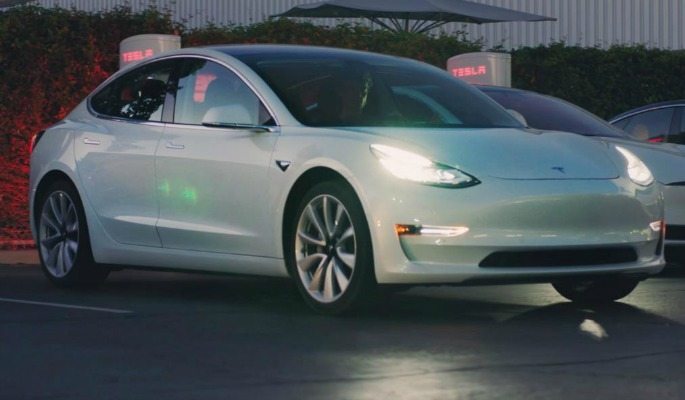 The autonomous Tesla Model 3 can actually go up to unbelievable speeds in later models, going from 0-60mph in just between 2-4.5 seconds. But the original will go from 0-60mph between 5.1-5.6 seconds.

Well-known for its new electronic motors, Tesla will be no different with this powerful car. With a sloped roofline to enhance performance, the electrics take up less space, allowing more room inside.

Not that it needs space. With two boots on the rear and front, the car’s minimalist design allows the driver to focus only on the road ahead. A touchscreen inside will control everything, from climate control, Wi-Fi, maps, and even self-drive options.

There is even a keyless entry, in the form of either a credit card pass or via Wi-Fi. Whilst many are impressed, Aryan, from London, said: “I don’t agree with machines having control over an activity such as that.” 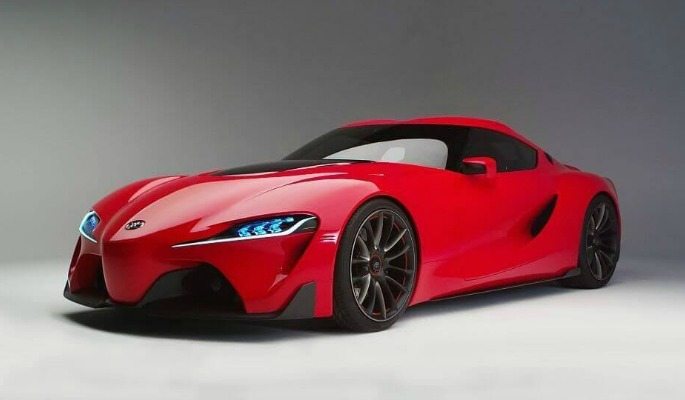 The new and upcoming Toyota Supra, scheduled for possibly late 2018, is a major comeback for the Japanese brand. The last production of a Toyota supercar was back in 2002!

Toyota has partnered with BMW for this exciting new venture. But they revealed very little on the car’s details.

The car will share the same engine to BMW’s Z4, though, and will be part-hybrid. While we can expect a petrol engine, many hope that a full electronic version will be in production soon.

Spotted recently at the Nurburgring race track in Germany, the new Supra is shrouded in secrecy. But car fanatics may find out more details in the future. 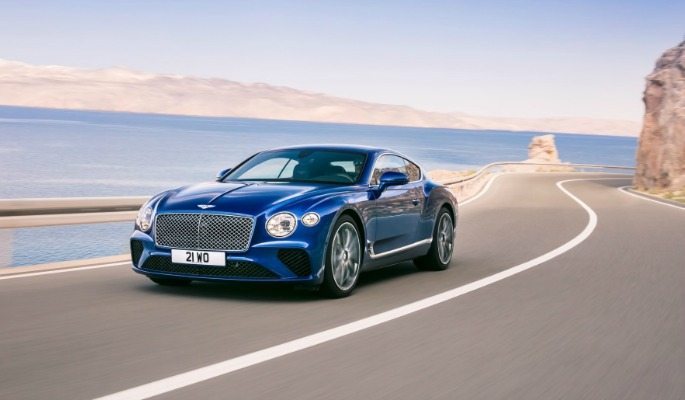 The Bentley Continental GT debuted at the Frankfurt Motor Show and captured sights with its sleek look. With 626bhp, the GT can go from 0-60mph in 3.6 seconds, with a top speed of 207mph. The car gets the W12 flagship engine and a 900Nm of torque.

The 6 litre turbocharged 12- cylinder engine replaces the second generation of Grand Tourers, and even shares some parts with the Porsche Panamera. Inside, there is an infotainment system, with a rotating display controlling everything. This only shows when the engine is turned on.

“[The Bentley is] Smart sophisticated, sharp, a head turner, nice sleek design, some original features but enhanced to look sleeker, [and has a] awesome audio system.”

The Bentley Continental GT is expected to arrive by 2018, with no price announced yet.

Thus, concludes our list of power cars you can expect in 2018 and beyond. It seems for avid car fans, they can look forward to luxurious, powerful cars, containing the latest technology.

With many of the power cars available to drive by the next couple of years, we wonder which if they could change the motoring world as we know it?

But if you’re looking for motors that are available now, why check our list of top cars from 2016.