Beyond Roots with Pianist Rekesh Chauhan

Rekesh Chauhan is a gifted British Asian pianist. His first album, Beyond Roots, features tabla maestro Kousic Sen Ji. In an exclusive Gupshup with DESIblitz, Rekesh tells us about his passion for music.

"I have always been exposed to a wide variety of music which has been intrinsic to my upbringing."

His unique ability to identify with both his Indian heritage and British upbringing has served him well.

His music fuses together new sounds, and this sits well with the new generation of contemporary artists and listeners.

His first album, Beyond Roots features tabla maestro Kousic Sen Ji and has been described as ‘breaking boundaries. In an exclusive Gupshup with DESIblitz, Rekesh tells us more. 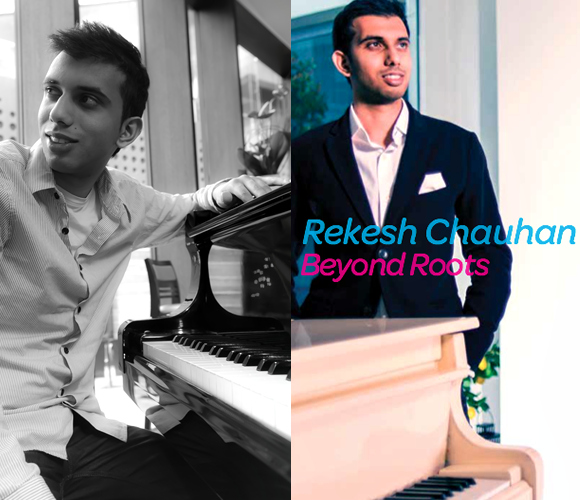 When did you start playing the Piano, and what would you say are the most important influences on your music?

“Since I can remember I have always had the harmonium [popular Indian hand-pump keyboard] by my side.

“With my father being a musician, I have always been surrounded by instruments. I began learning to play the guitar then moved onto the piano during my time at school.

“I’ve had some incredible experiences working across diverse genres; from performing with flamenco musicians in Spain, to recently playing with a 30 plus piece Indian Choir.

“Every musical interaction has a huge impact and I’m constantly learning from other world music styles that open up new horizons, which influence my music.” 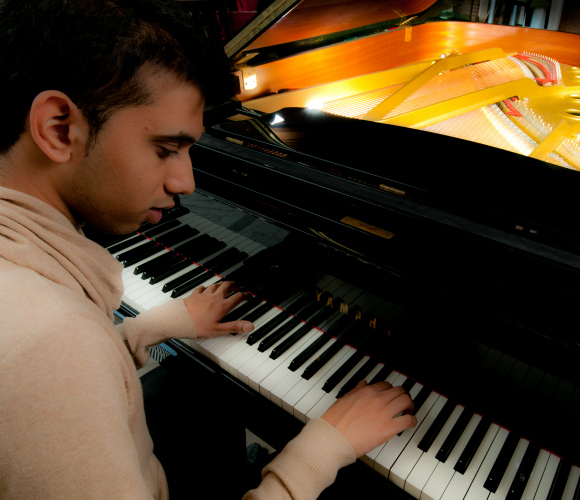 How did the idea for Beyond Roots come about and what is the main theme of the album?

“Having being brought up in Britain I have always been exposed to a wide variety of music which has been intrinsic to my upbringing.

“Combined with traditional Indian classical music as my foundation; my fascination with exploring how the genus of music from my Indian heritage can synergise with other styles stems from this.

“Whilst recording this album I decided to stick to the traditional format of an Indian classical music recital.

“The piano itself provides me with the perfect brewing ground to amalgamate and experiment with different musical styles.” 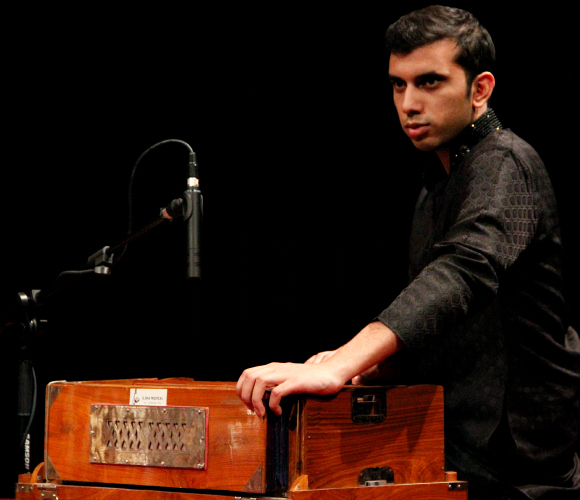 Please tell us about your accompanist on the album, World Renowned Percussionist Kousic Sen Ji, and how both of you contributed to this LP?

“It’s an honour to have Kousic Sen Ji and his tabla talents feature on the album – he carries a mighty musical background, having toured the world with some of the biggest names.

“The tabla is integral to the style of music I perform and working with such a virtuoso further inspired me whilst recording the album.

“A lot of the music is improvisational and in the company of Kousic Ji, new doors were opened, broadening the scope to explore the compositions further.”

For the many piano admirers out there, what sort of piano was used in this album?

“The Rolls-Royce of Pianos, a Steinway! I have played many Steinway Pianos over the years in concerts and I have really fallen in love with the sound of their Pianos.” 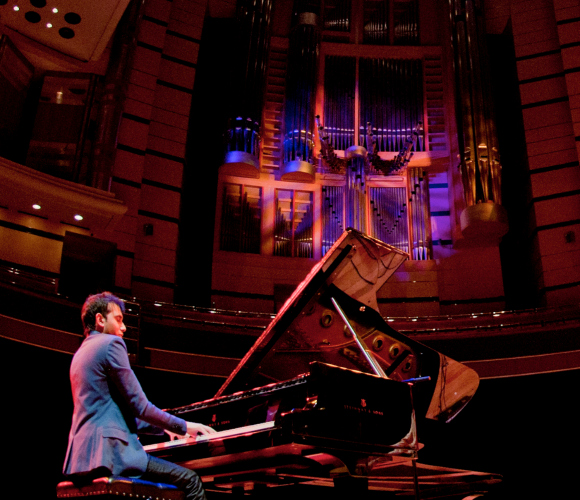 What did you find to be the most challenging aspect when recording this album?

“The instruments that Indian Classical Music are usually performed on, such as the sitar etc., allow gliding between notes – this is known as the meend.

“However; the Piano is a fixed tuned instrument so it isn’t possible to achieve this – albeit, the piano gives the opportunity to allow the addition of many other notes and implement harmony; something which opens up a complete new dimension for the music which makes the whole process really exciting!”

What does creativeness and composition mean to you and what are their respective merits?

“For me these are two elements that come from within. If one can make their art emotionally move another, then I believe that counts as creativity and composition.

“Not everything has to be entirely over complicated or fancy; sometimes it’s the smallest of nuances that have the greatest effect.”

How do you perceive the connection between sound, space and performance?

“Beyond Roots was recorded at the beautiful Capstone theatre in Liverpool. I wanted the listeners to have that live concert experience whilst listening to the CD so we opted for an ambient recording approach. This really helped confine that live atmosphere I set out to capture. 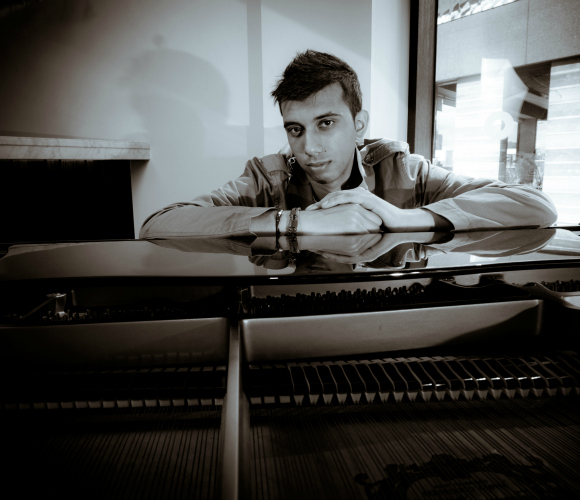 “At its heart, this album encapsulates the compassion and sound from my roots which I hope you will enjoy and take you on a journey Beyond Roots.”

How significant are practicing and instrumental techniques for your musical goals?

“Practicing is the core and foundation for achieving my goals as a musician. Without practice, you have nothing to build or improve on.

“I’m forever looking at ways to explore new soundscapes; I see music as an ocean – endless.

Rekesh’s album Beyond Roots has been produced by the arts organisation Milapfest.

The incredible album offers just a glimpse into the extraordinary talents of Rekesh Chauhan as an emerging pianist of our generation.

You can download tracks from Rekesh’s album Beyond Roots here.

Priya adores anything to do with cultural change and social psychology. She loves to read and listen to chilled music to relax. A romantic at heart she lives by the motto 'If you want to be loved, be lovable.'
Fateh Doe ~ The Punjabi Rapper on a Mission
Eternal Taal plays Dhol at Glastonbury Festival