In a fun-filled interview with DESIblitz, Priyanka Chopra talks about becoming Victoria Leeds for Baywatch, her first 007 mission and life as an actress!

She touched our hearts as Kashibai. She conquered international audiences as Alex Parrish and she swam her way through Baywatch. Priyanka Chopra has emerged as an international icon.

In her Hollywood debut, Baywatch, Priyanka plays the fiery character of Victoria Leeds, who is the new owner of the Huntley Club and is suspected of using her business as a front for drug smuggling.

Sounds exciting right? DESIblitz caught up with Priyanka to discuss her Hollywood debut and film journey.

As promised by the promos and trailer, the character is indeed sassy and feisty. Describing Leeds, Chopra tells us:

“Victoria in Baywatch is crazy. She’s nuts, narcissistic and the lifeguards (in the film) are a pain in the butt for her. They are an inconvenience.

“Can you say that about The Rock? But Victoria does. She thinks that nothing is bigger and better than her. That was the most fun part for me!” 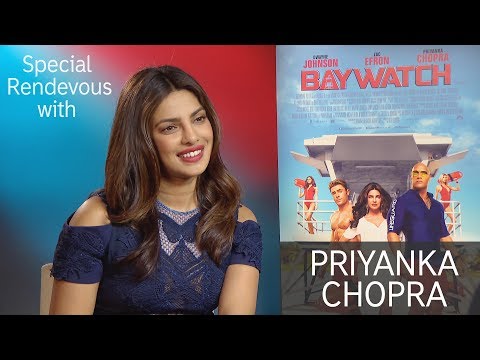 This is not the first time Bollywood fans have seen their ‘Desi Girl’ portray the role of a villain. Remember Sonia Roy from Abbas-Mustan’s Aitraaz (2004)?

Her character in the 2004 thriller was incredibly fruitful as Chopra won several Indian awards for her incredible performance.

Well, we thought that Victoria displayed a similar ‘andaaz’ to Priyanka’s character in Aitraaz. But while it seems like second nature for an actor to step in and out of their character, did Priyanka ever feel apprehensive to take on a negative character like Victoria Leeds?

“The way I see it is that I’m an actor, it’s my job to undertake different parts. I’ve never played myself in films and I get bored playing the same old characters.”

“It’s like painting. I like to create someone else and get into it. Wear my onesie of Victoria Leeds and walk out [laughs]. That’s the fun part about being an actor.”

Over the years, Priyanka Chopra has most certainly mastered the craft of acting.

Whenever a Desi heroine ventures out into Hollywood, there is always a buzz about them featuring in a James Bond film. In the past, some names which did the rounds were of Aishwarya Rai Bachchan and Deepika Padukone.

Regarding this subject, PeeCee recently made a statement about stepping into the shoes of James Bond himself.

While we are absolutely certain that Priyanka would make an incredible Bond, we ask PeeCee what her first 007 mission would be:

“First and foremost I’d get a martini, shake and not stir it. Then, I’d go call the bond boy whoever that will be, obviously because I’d still be a girl. Or will my gender change?” 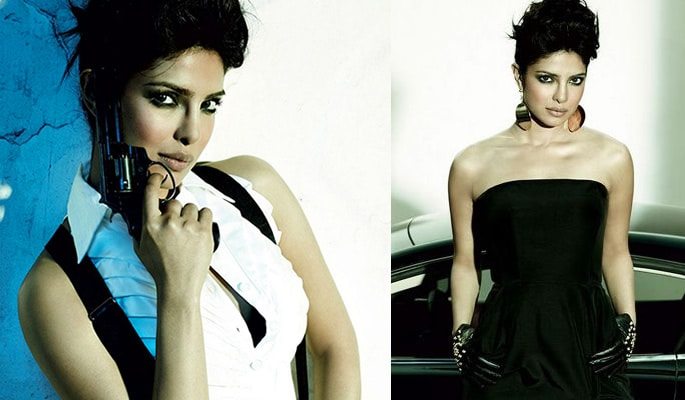 The question “will my gender change” is one which is pivotal for movies today. We thought it would be more impactful to see a female version of James Bond. In response to this, PeeCee tells DESIblitz:

“It’s not even a woman thing. I think these are iconic characters which can be genderless if somebody finds a fun spin to it.”

In a light-hearted manner, she adds:

“I’d like to wake up in my own body because waking up in a man’s body is very scary. I wouldn’t go for a shower for 10 days – you never know what you’d find [laughs].”

When we discuss Priyanka Chopra’s career, music is an essential segment. Her singles ‘In My City’ (with will.i.am) and ‘Exotic’ (featuring Pitbull) were positively received.

Comparing her music with her acting career, Priyanka tells us:

“Music for me was never a career choice, it was my passion, it’s what I love doing. I’m not like a ‘professional singer,’ there’s so many incredible singers who sing way better than me, I just enjoy it. 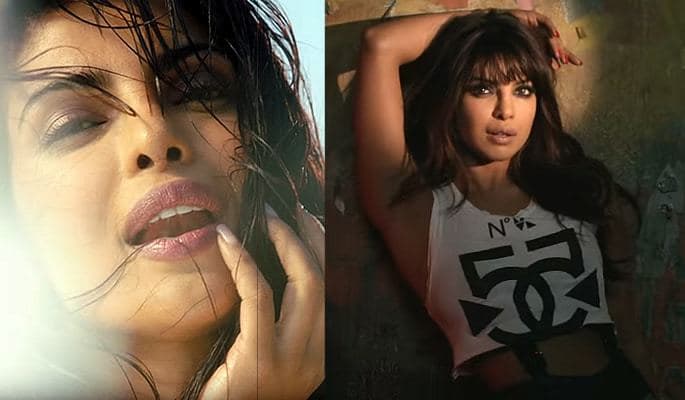 “I’m so glad that people have been so positive towards me, because it was even encouraging for me as someone who is trying it for the first time.”

So, what’s next on the music front?

“I love going into the studio and hope I can go back soon, but I am really spread thin right now between India and America, I just want to get a lot done.”

The biggest highlight of our Gupshup is when Chopra sings a few lines of ‘In My City’ – despite forgetting the words!

“There’s so much more to do. It’s just the beginning. I’m on season 2 of my TV Show [Quantico] and my first American film [Baywatch]. I don’t know where life will take me. I’m just an actor and I want to go wherever my work takes me.”

Regardless of what people say, one cannot deny that PeeCee is a hard-working individual. Her happy-go-lucky and cheerful attitude is truly inspirational for all women in society today.

Surely, this Desi girl has made us proud by working in Pardesi films.

DESIblitz wishes Priyanka Chopra all the best for future projects!